Neetu Kapoor penned a special birthday wish for her 'samdhan', Soni Razdan. Check out how Alia Bhatt's mother replied to the same!

Neetu Kapoor has been the coolest saasu maa to Alia Bhatt. Ever since she got married to Ranbir Kapoor, Neetu left no stone unturned to treat her bahu with utmost love and respect. From planting sweet kisses on Alia’s forehead during her wedding rituals to wishing her on Karwa Chauth, Neetu is indeed the sweetest mother-in-law in Tinseltown.

The iconic actress, Neetu Kapoor, found herself in depression after the death of her hubby, Rishi Kapoor, in 2020. However, she made a comeback to films, made new friends and came out stronger than ever. She also shares a friendly bond with Alia’s mother and her samdhan, Soni Razdan. October 25, 2022, marked Soni Razdan’s birthday and to celebrate the special day, her doting daughter, Alia Bhatt penned the most special wish. Taking to her IG space, Alia posted two unseen pictures from her baby shower ceremony. In the first picture, Soni was seen laughing her heart out in a powdered blue ethnic ensemble, and in the second picture, the mother-daughter duo was captured in a candid moment. Alongside it, Alia wrote:

“Happy birthday to the most incredible human - my safest place the reason of my existence & any kind of normal functionality today .. I think this year more than any other year I have understood soooo deeply how beautiful a soul you are and how much you have done for us as a family - you the the anchor of lives … and no amount of love will ever be enough ma.” 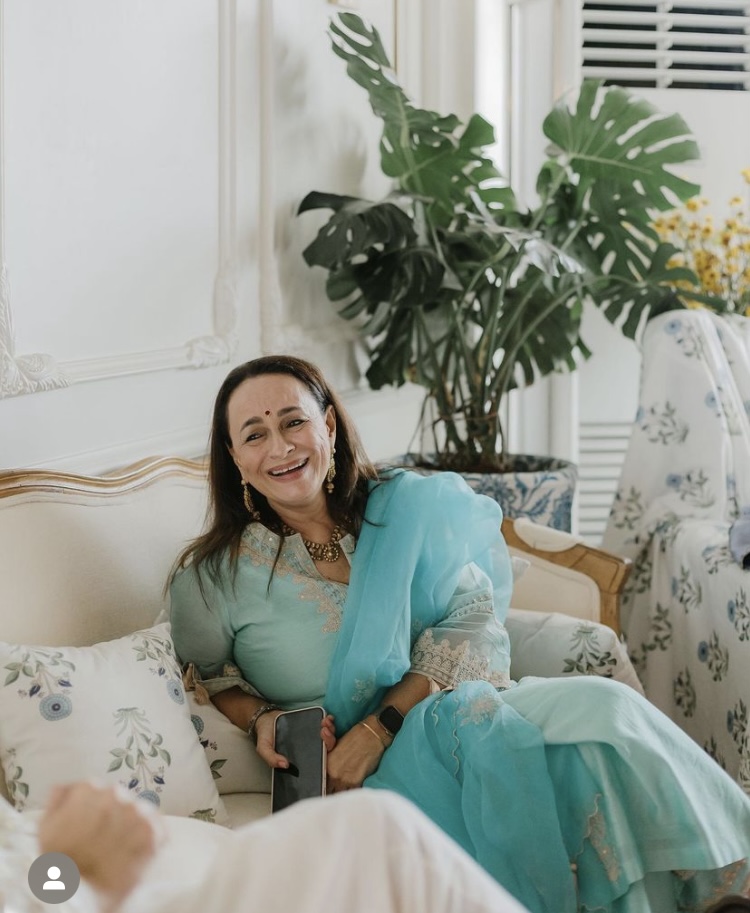 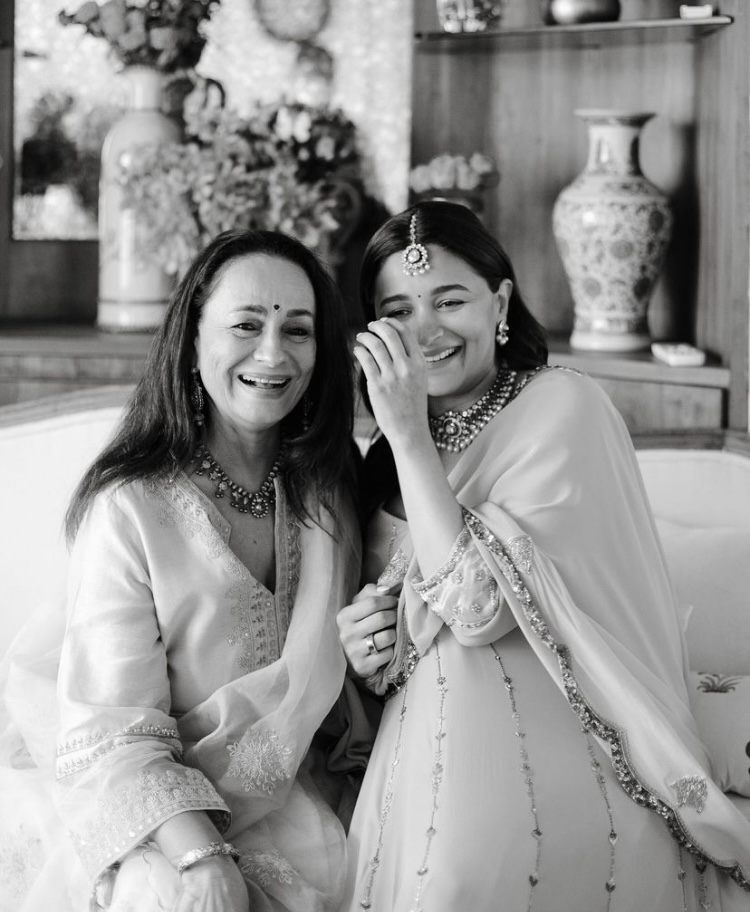 Neetu Kapoor also took to her IG stories and posted a beautiful throwback picture with Soni. In the frame, she was seen posing with Soni and her daughter, Riddhima Kapoor Sahni. While Neetu looked beautiful in a blue top and black pants, Soni was seen donning a pretty dress. Atop the picture, Neetu penned: Soni and Neetu also celebrated Diwali with Alia and Ranbir in an intimate manner at their home. Taking to her IG stories, Neetu had posted a glimpse from their Diwali puja session, where Alia and Ranbir were seen standing besides Soni while Neetu was offering prayers to the deity. The mommy-to-be, Alia, had looked extremely pretty in a rani pink churidaar, and Ranbir had complemented her in a black designer kurta. Check it out! 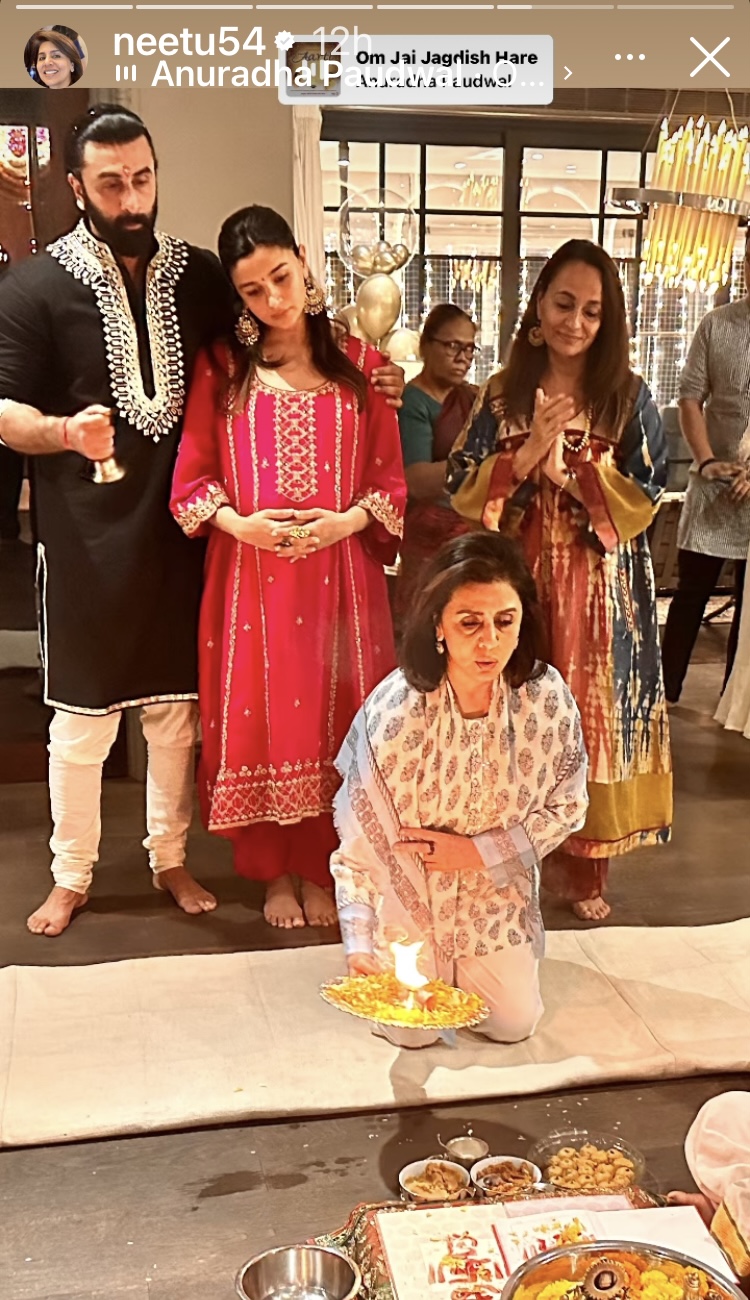 Earlier, a report in BollywoodLife had stated that as Alia had entered the second trimester of pregnancy, her saasu maa, Neetu Kapoor, has been taking special care of her. The report had further mentioned that Neetu does frequent video calls to Alia and gives her home remedies to stay fit and healthy during pregnancy. 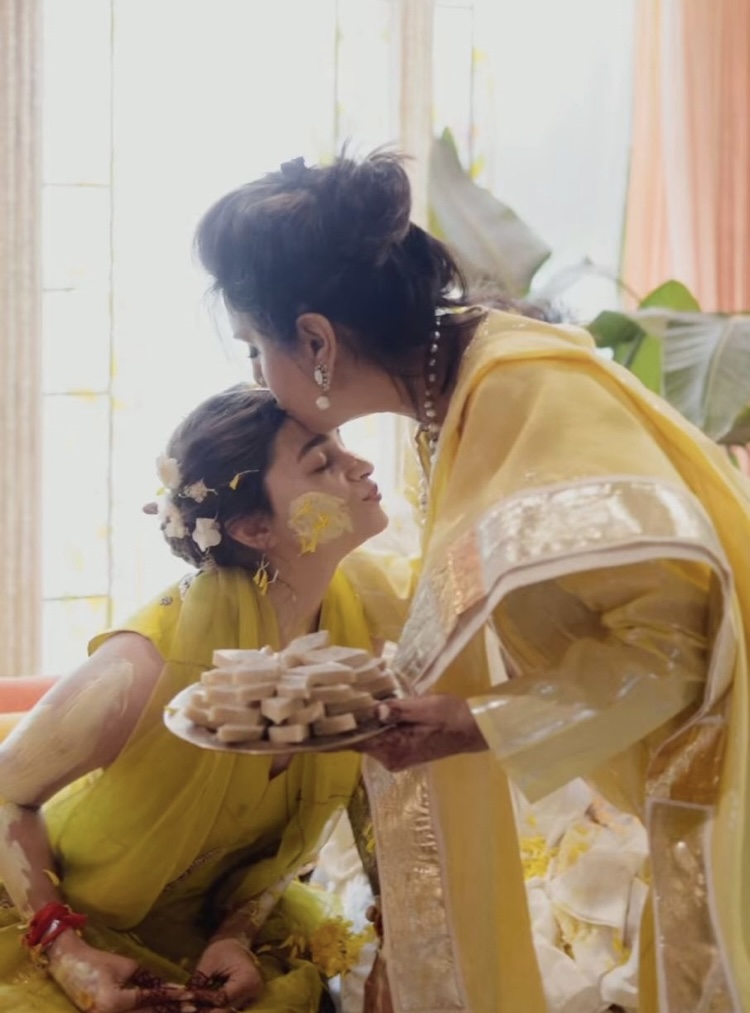