On July 16, 2019, Katrina Kaif turned 36 and her once-best friend, Alia Bhatt wished the birthday girl with a heartfelt note. Posting a beautiful picture with Katrina, check out what Alia had written!

Katrina Kaif, the British-Indian model-turned-actress, marked her entry in Bollywood in 2003 and eventually found her stairway to the top. No one could have pulled off Sheila Ki Jawani than B-town’s super-stunning and graceful Chikni Chameli. With some mind-blowing moves in Kamli and redefining sexiness in Zara Zara Touch Me, the world went Mashallah over Katrina and no one ever wondered Maine Pyaar Kyun Kiya after watching her reign the silver screens like how! (Also Read: Sonam Kapoor Ahuja Is Planning To Sell Her Mumbai Flat And Shift To London Full-Time With Anand?)

Katrina Kaif has been extremely private about her personal life, but apart from her professional life, it is her relationships only that make it to the headlines every now and then. Having been in long-term serious relationships previously with the Tinseltown superstars, Salman Khan and Ranbir Kapoor, Katrina has had her own fair share of heartbreaks. Katrina being the most sought-after actress of Bollywood, has now started to open up about her personal life too and express her views with her fans. 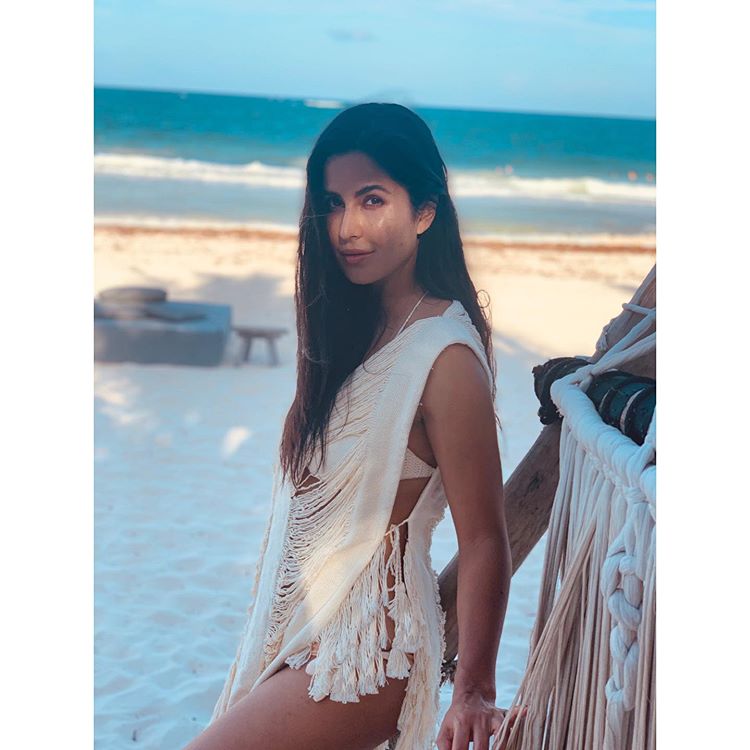 Being friends with your ex is not a very uncommon scenario that we get to see in today’s world but sharing a warm camaraderie with your ex’s current partner is a rare thing to witness. While most of us miserably fail to handle even having our exes under the same roof, let alone watch him date your best friend, Katrina Kaif is doing a pretty good job! Katrina is still friends with her ex, Ranbir Kapoor and her once-BFF and her now ex’s current girlfriend, Alia Bhatt. 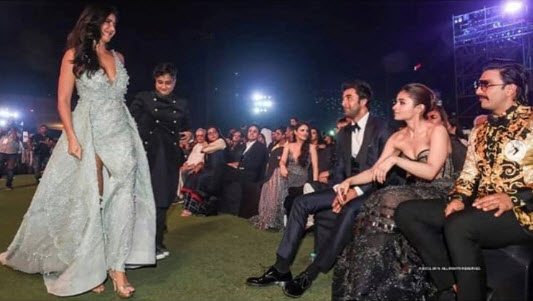 On July 16, 2019, Katrina Kaif turned 36 and her once-best friend, Alia Bhatt wished the birthday girl with a heartfelt note. Posting a beautiful picture with Katrina as her Instagram story, Alia wrote atop it, “Happiest Birthday dearest Katy!!! May you laugh and dance all day… shine and smile all year and give us body goals your whole life” followed by kiss and star emojis. 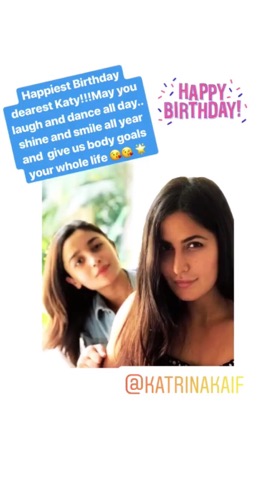 On March 15, 2019, when Alia Bhatt had turned 25, her once-BFF and boyfriend, Ranbir Kapoor’s ex, Katrina Kaif had taken to her Instagram handle to wish her gym buddy. Posting a photo of Alia, flaunting her red gown, Katrina had written for her ‘Alu’, “Happy birthday Alu. May your rise to greater and greater heights”, atop it. (Also Read: Mahhi Vij Praises Hubby, Jay Bhanushali For Being A Part Of Every Sonography, His Reply Is Hilarious) 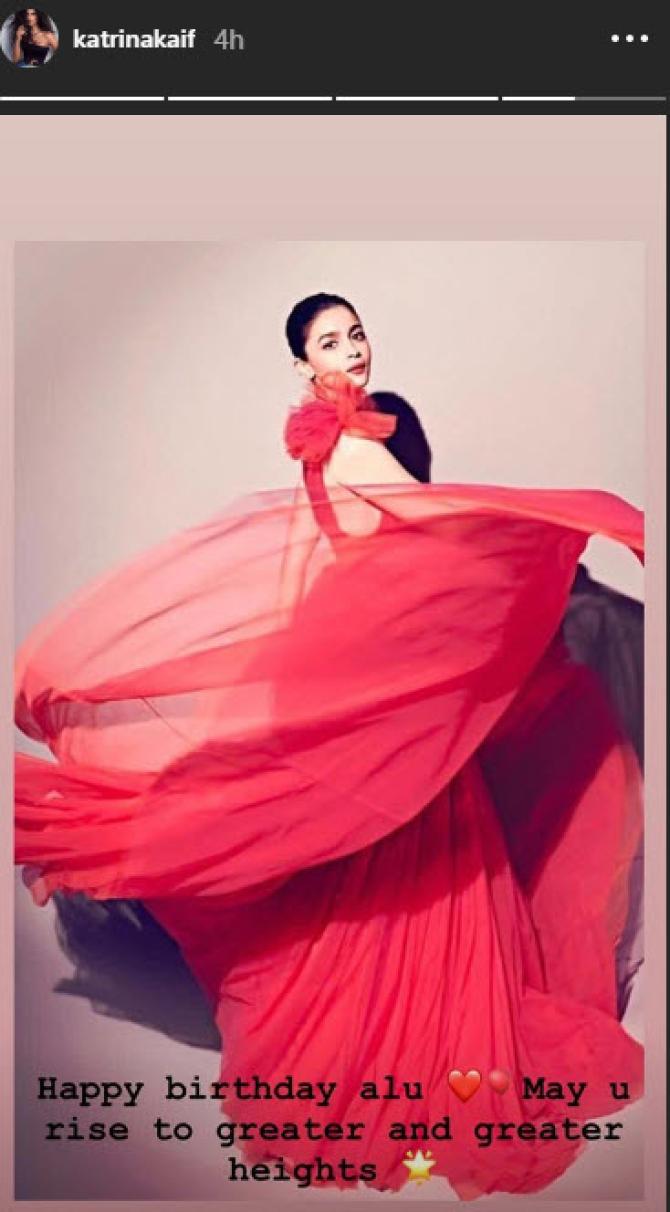 Finally breaking her silence on her ex, Ranbir Kapoor dating her BFF, Alia Bhatt, Katrina Kaif had stated in an interview with the DNA, “I will tell you something important. A certain thing is already playing out in a certain manner. My reaction to it makes no difference. I can sit here and feel anger and bitterness. I can make myself unhappy. Or I can take into consideration that, how miserable I make no difference to anyone else. So, instead, I can lighten my own burden and say — let me be happy and at peace. And what is meant for me, will come my way.” 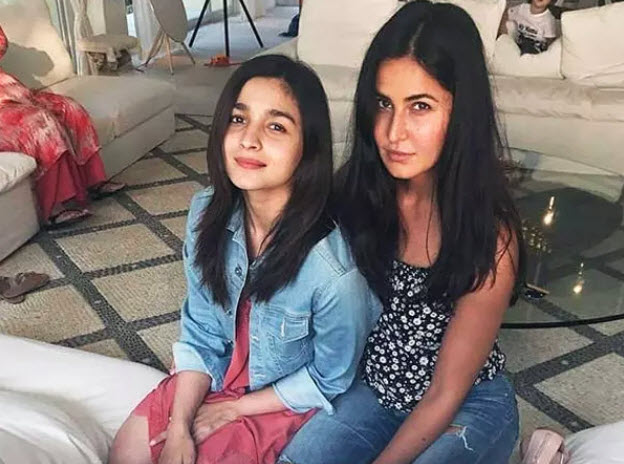 Speaking of how she doesn’t want to hold any grudges and let the past affect the present, Katrina Kaif was quoted as saying, “I do go through my own share of pain and angst. But I see no point in holding a grudge. Whoever it is (no names taken), I don’t see the point of holding on to anything unpleasant from the past. I would rather let bygones be bygones. I don’t think anyone is out there to hurt me. People are trying to do the best for you. But, sometimes, in trying to do the best for you, you get hurt. Too bad. However, I would rather have a friend than an enemy.” In an interview with the DNA a few days ago, Katrina Kaif had revealed her birthday plans and stated, "I think birthdays are always fun. It’s not such a big deal, honestly, it’s more about the time that you have and an excuse to take a few days off to spend time with your friends and family. It’s been a wonderful year for me. I have really been having an exciting time at work. I’ve been creatively satisfied with my work and films, whether it’s Zero or Bharat. I am now looking forward to being part of movies that have exciting roles and other opportunities for me to explore new characters." 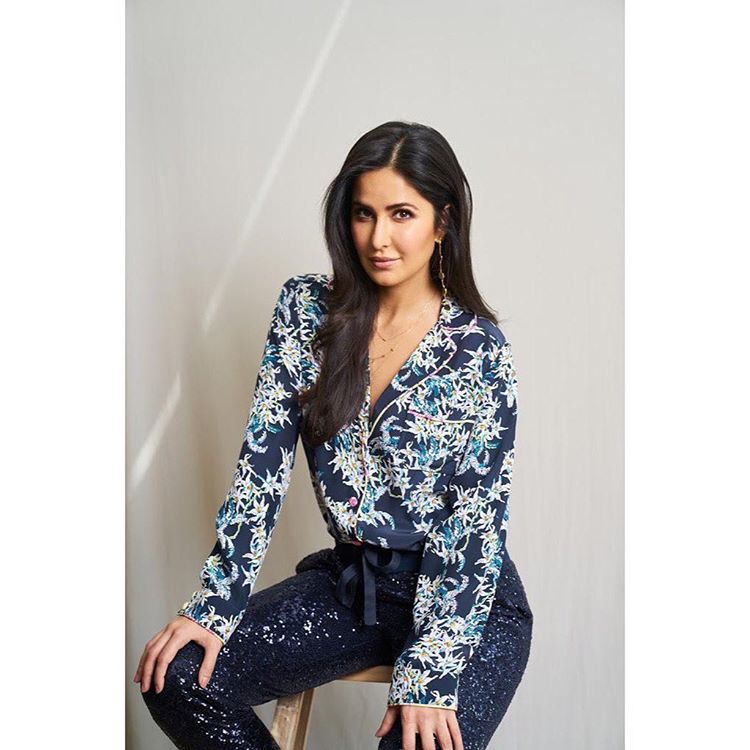 Speaking of how she likes to keep her birthday celebrations intimate, Katrina Kaif continued, "When it comes to birthday celebrations, I always have fun in a lively place and just spend time together with friends and family." When asked what kind of a role she would like to gift herself, Katrina replied, "It’s very hard for me to be able to pinpoint the type of roles or movies it would be but when you hear a story, it just connects with you. You know it and you can feel it, that you can do something with this. And when you find that this speaks to you, it gives you a really exciting opportunity to do something special with the role and with a character of that sort." (Also Read: Anushka Sharma Reveals Why She Married Virat Kohli At The Age Of 29, Quite Early For An Actress) 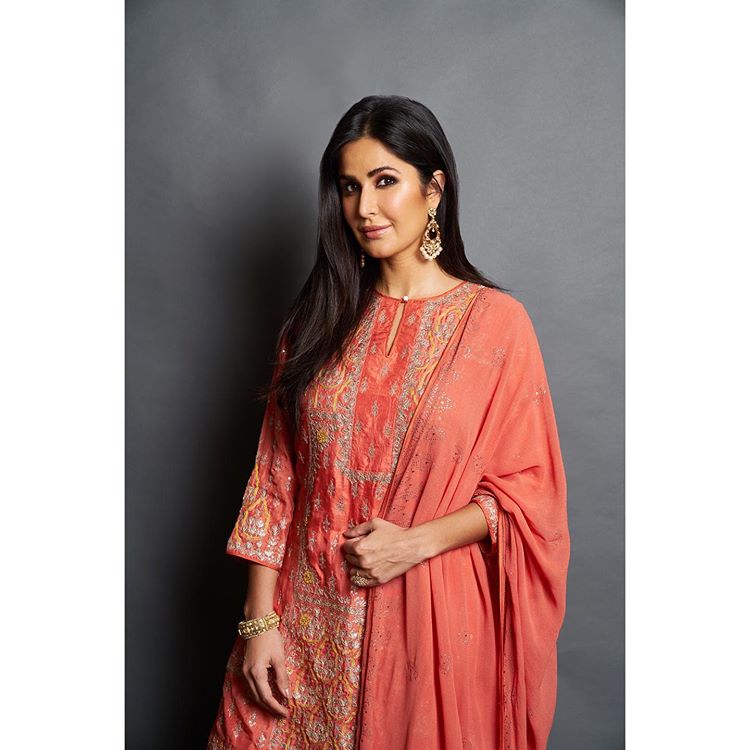 Here's sending truckloads of happiness and love Katrina Kaif’s way on her birthday!