On September 18, 2020, Alia Bhatt shared an adorable childhood picture with her bestie, Akansha Ranjan Kapoor to wish her on her birthday. Scroll down to check it out!

Over the years, we've seen a lot of BFFs in Bollywood. Be it, Kareena Kapoor Khan-Amrita Arora, Suhana Khan-Ananya Panday, Sussanne Khan-Gauri Khan, Katrina Kaif-Anushka Sharma and a lot of others, whom we've looked up to and admired their bond. But one pair of BFF is the most special one because they've been friends since they were in cradles! Can you guess who are we talking about? (Recommended Read: Sargun Mehta Has To Remind Hubby, Ravi Dubey That They're Married, This Is What She Does [Video])

We're talking about Alia Bhatt and her bestie, Akansha Ranjan Kapoor who had made her debut in Bollywood last year in the movie, Guilty. Alia and Akansha are childhod friends and adore each other. And you'll find their Insta handles filled with pictures of each other. Because that's how BFFs are, right? 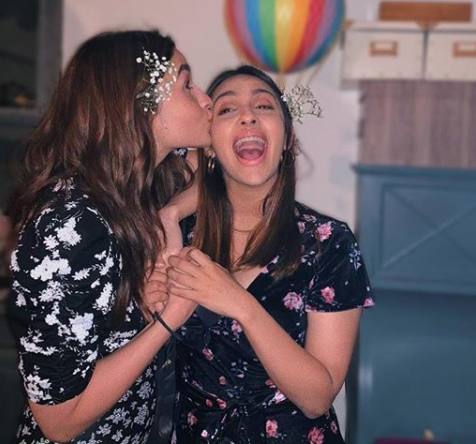 On September 18, 2020, Alia Bhatt shared an adorable childhood picture with her bestie, Akansha Ranjan Kapoor to wish her on her birthday. In the picture baby Alia and baby Akansha can be seen having a gala time, playing with each other. The picture speaks volumes of the strong bond they share. Along with the picture, Alia wrote a one-line caption for Akansha which can be read as "Happy birthday my life." Check out the picture below: Some time ago, in a fun chat with the Hindustan Times, the BFFs, Alia Bhatt and Akansha Ranjan Kapoor had spilt each other's secrets. The video of the same could be found on Alia Bhatt's YouTube channel as well. Talking about Alia's first boyfriend, Akansha had said, "It was in 6th standard and the boy was Adam. Alia dumped him the moment he left school and moved to another guy." When asked the one thing that Alia always carries, Akansha had retorted, "Her phone and airpods." 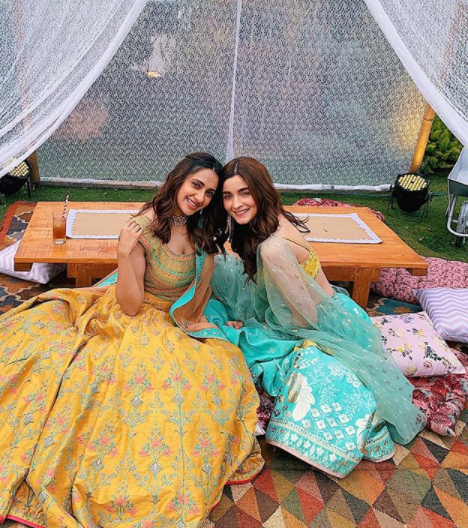 On the question of how do the fights pan out between the BFFs and what happens during or after it, Akansha had elaborated, "When I’m angry, she’d keep calling and I’d keep disconnecting. Then she’ll send voice messages like ‘are you mad?’ During fights, Alia has spoken so loudly that I couldn’t hear anything. In the last 25 years, there was just one fight. We were busy and hardly spoke to each other for six-seven months. After Student of the Year, she went to Marrakesh for a film festival. I didn’t know about it. I told her we need to talk and then I started dreaming." Alia had then chipped in, "Every time we have some problem, she dreams that I have died or something has gone wrong with me and I’m crying. The moment she dreams of it, she makes sure we meet." (Also Read: Sushant Singh Rajput's Farmhouse Manager Admits Actor Was Furious Over Rhea Chakraborty's Expenses) On the question of what is the one thing the BFFs dislike about each other, Alia had said, "I don’t like the way she deals with her romantic relationships. She’s very quick to judge. She’s an amazing friend and people should see that side in relationships, too." Akansha had retorted. "Alia radiates a positive vibe, but, over the years, she’s losing her fun side. At times, she takes herself too seriously." When asked what it would be like to work together maybe in future, Alia had recalled a fun collaboration and had said, "That’s going to be crazy. We did shoot a brand shoot together and people on the set were like ‘what’s wrong with these two?’ I’m looking forward to the day when I give her the best debut actor award and go to Koffee With Karan together." Akansha had also chipped in, "The Koffee with Karan dream needs to be fulfilled soon." (Don't Miss: Juhi Parmar Talks About Daughter, Samairra's Role Reversal, Feels Blessed To Get Her Infinite Love)