In Ranbir Kapoor's absence, his girlfriend, Alia Bhatt was spotted supervising the construction of their dream bungalow.

The adorable couple, Ranbir Kapoor and Alia Bhatt frequently hit the headlines for their stints together. The two have been dating each other for a long time now and their impending marriage is something that we have been eagerly waiting for. Though there is no update about their wedding date from the lovebirds or their families, their future home is getting ready.

For the unversed, Alia and Ranbir spend a lot of time together since they moved to the Pali Hill area in their respective plush homes. Also, the house hunt for their dream bungalow had been going on earlier this year until Alia and Ranbir had landed on a site in Bandra which is currently under construction. Now, that Ranbir is busy with his shoots, so his girlfriend, Alia Bhatt is supervising their under-construction house. 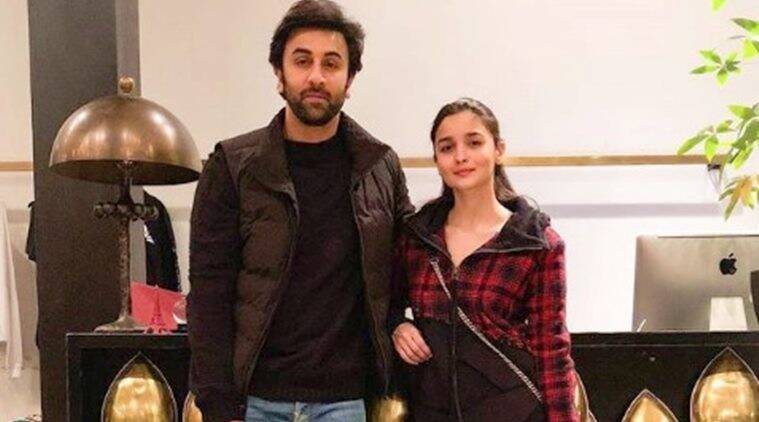 Bollywood actress, Alia Bhatt was spotted by the paps as she stepped out of her home on September 24, 2021, to visit her future house in Pali, Mumbai. The Sadak 2 actress was seen supervising her and Ranbir's future nest, which is currently under construction. This bungalow will be named ‘Krishna Raj Bungalow’, named after Ranbir Kapoor's grandparents, Raj Kapoor and Krishna Raj Kapoor. 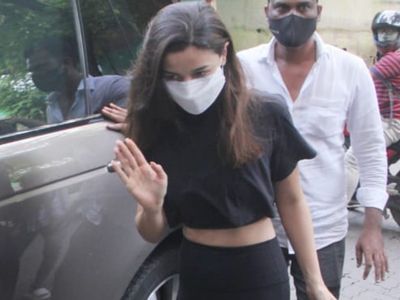 Alia arrived at their future nest in her beau Ranbir’s car, wearing a black athleisure outfit paired with a pair of white shoes and a white mask. The Student of the year actress was accompanied by a group of people working on the project. Well, this is not the first time that Alia had paid a visit to the site. Earlier, the actress was also spotted inspecting the construction of the house with Ranbir’s mother, Neetu Kapoor in August 2021. 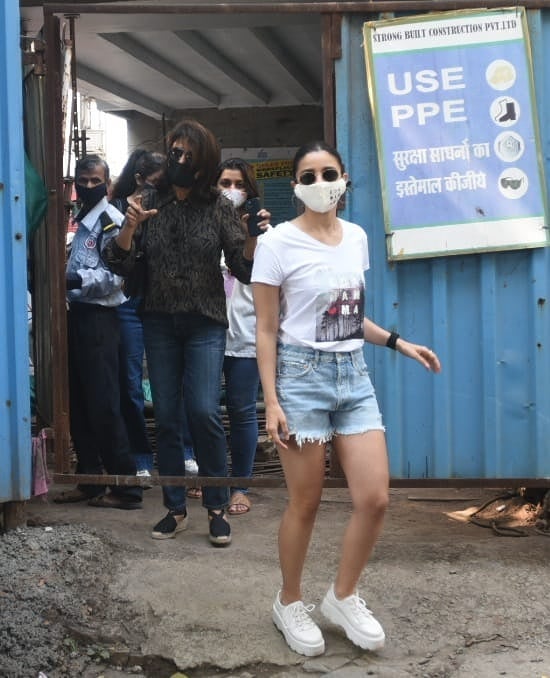 The paps had clicked Alia as she had patiently inspected the upper floors and the team showed her the rooms and charted out plans. Reportedly, the bungalow will have three apartments, one each for Riddhima and Ranbir Kapoor, and the third one for Neetu Kapoor. 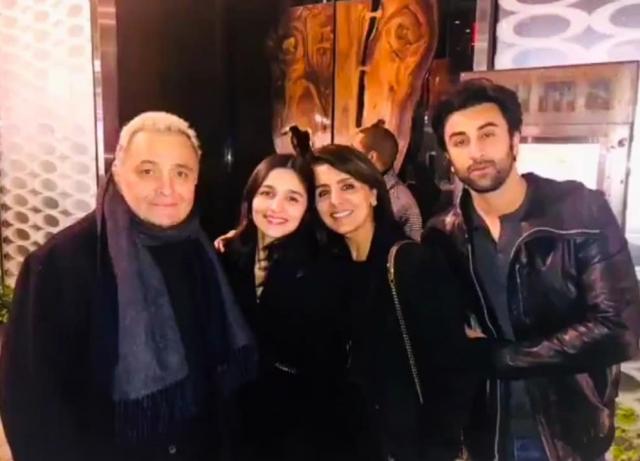 In an interview with The Quint, Ranbir Kapoor’s mother, Neetu Kapoor had revealed her husband, late Rishi Kapoor’s two last wishes. Talking about the same, Neetu had said that he wanted to see Ranbir as a dulha. Neetu had said, “One was to see Ranbir wearing a turban with an emerald and a broach in the Peshawari tradition – astride a ghodi, on his wedding day. He was totally sentimental about this, he’d keep saying, “Kisi din, mujhe humaare bete ko ghodi pe sawaar dekhna hai.” 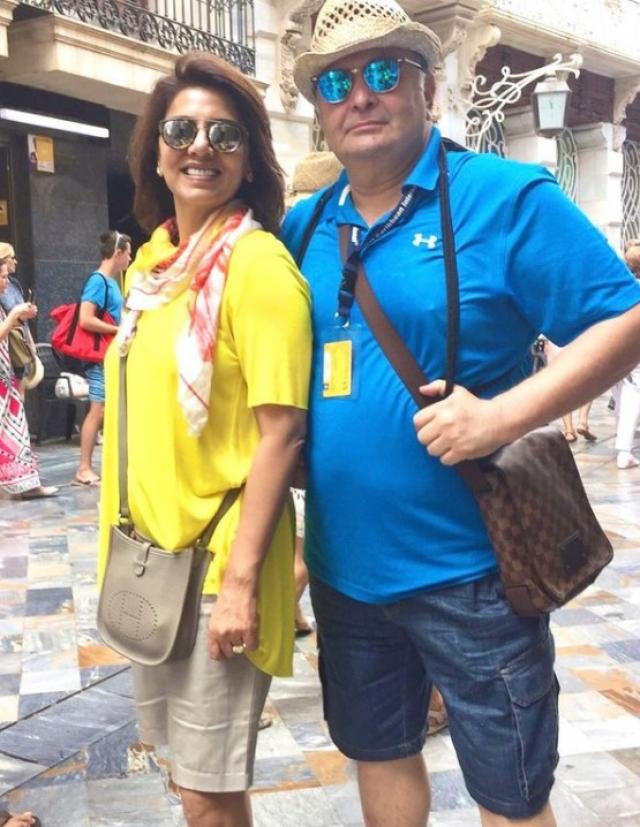 Talking further in the interview Neetu Kapoor had also opened up on Rishi Kapoor’s second wish, which was to see the Krishna Raj house redeveloped. The actress had added, “He wanted the Krishna Raj house to have three different apartments for Riddhima, Ranbir and them. He used to visit the site every day to supervise it before the pandemic.” 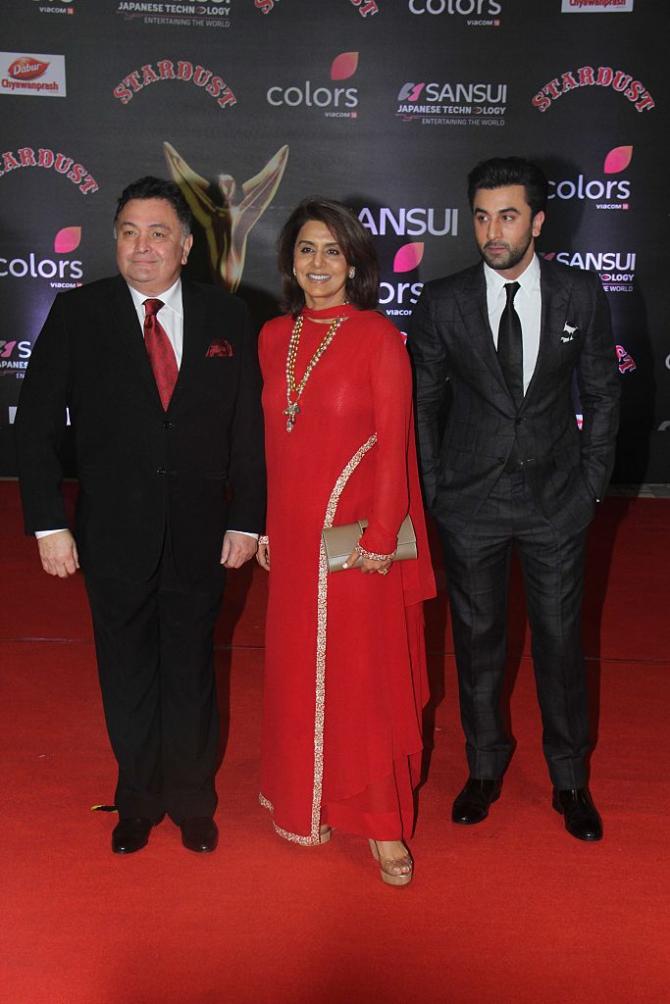 However, the speculations about Alia and Ranbir's marriage have garnered a lot of attention in the recent months and reports had suggested that the couple will tie the knot this year. Meanwhile, Ranbir had also added fuel to the fire when he had admitted that he would have updated his relationship status to 'married' if it wasn’t for the pandemic. 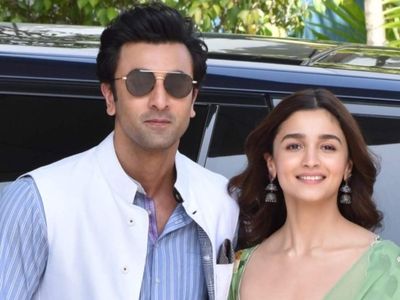 On the work front, Alia and Ranbir will be next seen together in Ayan Mukerji’s Brahmastra.

You may also like: Shilpa Shetty Kundra Drops A 'Recovering' Note After Her Husband, Raj Kundra Returns Home From Jail 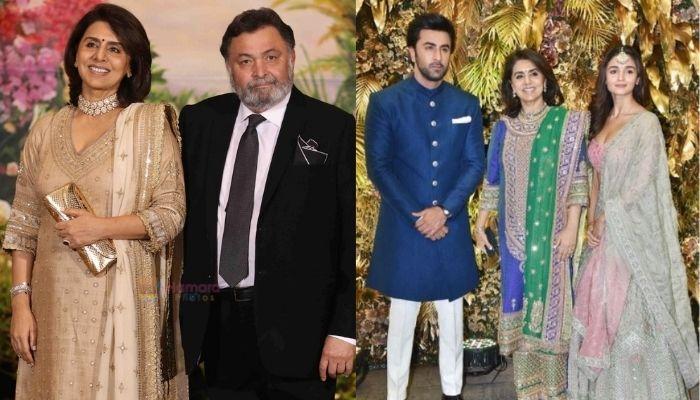 Ranbir Kapoor and Alia Bhatt’s love story is known to all, and everyone is eagerly waiting for them to tie the knot. There are often reports about their wedding, and even a slight movement in their or their families’ life creates a headline. From Ranbir’s new house having a wall dedicated