As Alia Bhatt shared her drool-worthy pictures and mentioned her love for sunshine, Arjun Kapoor teased her pointing toward Ranbir Kapoor. Alia's reaction is unmissable. Check out!

The year 2022 has seen some of the adored couples of Bollywood getting hitched. One among them was Alia Bhatt and Ranbir Kapoor's intimate wedding on April 14, 2022. One look at their minimalistic wedding pictures, and we just can't stop drooling over them. However, both the actors resumed their work schedules soon after their wedding. And this time, when the newly wedded actress posted some of her pictures alone, the couple's close friend from B-town, Arjun Kapoor teased her, pointing toward Ranbir.

Arjun Kapoor and her beau, Malaika Arora share a warm bond with the just-married couple, Alia Bhatt and Ranbir Kapoor, and glimpses of the same are found on their respective social media handles. Earlier, on March 15, 2020, when Alia had ringed in her 27th birthday, and it was none other than Natasha Poonawalla who had shared an unmissable throwback picture. Natasha had taken to her IG stories and had shared an unseen picture, wherein we could see Ranbir kissing his ladylove, Alia on her cheeks whereas Arjun too had kissed Malaika as she had cuddled him. Along with the picture taken in New York, Natasha had written: 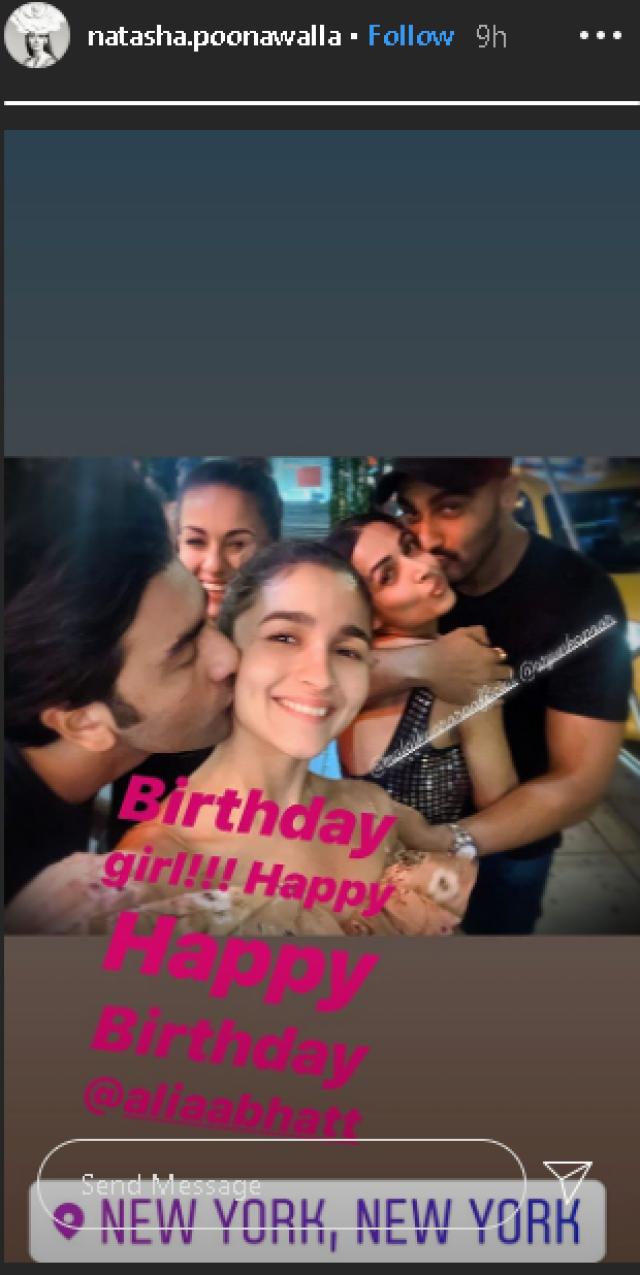 A few moments back, Alia Bhatt took to her Instagram handle and shared mesmerising pictures of her amidst nature. In the pictures, the newly wedded actress was seen wearing a yellow tie-dyed top paired with black pants and sneakers. She was seen basking under the sun and enjoying the fresh breeze of the atmosphere over there while she was clicked. The pictures simply spoke volumes about the mesmerising moment she was having. 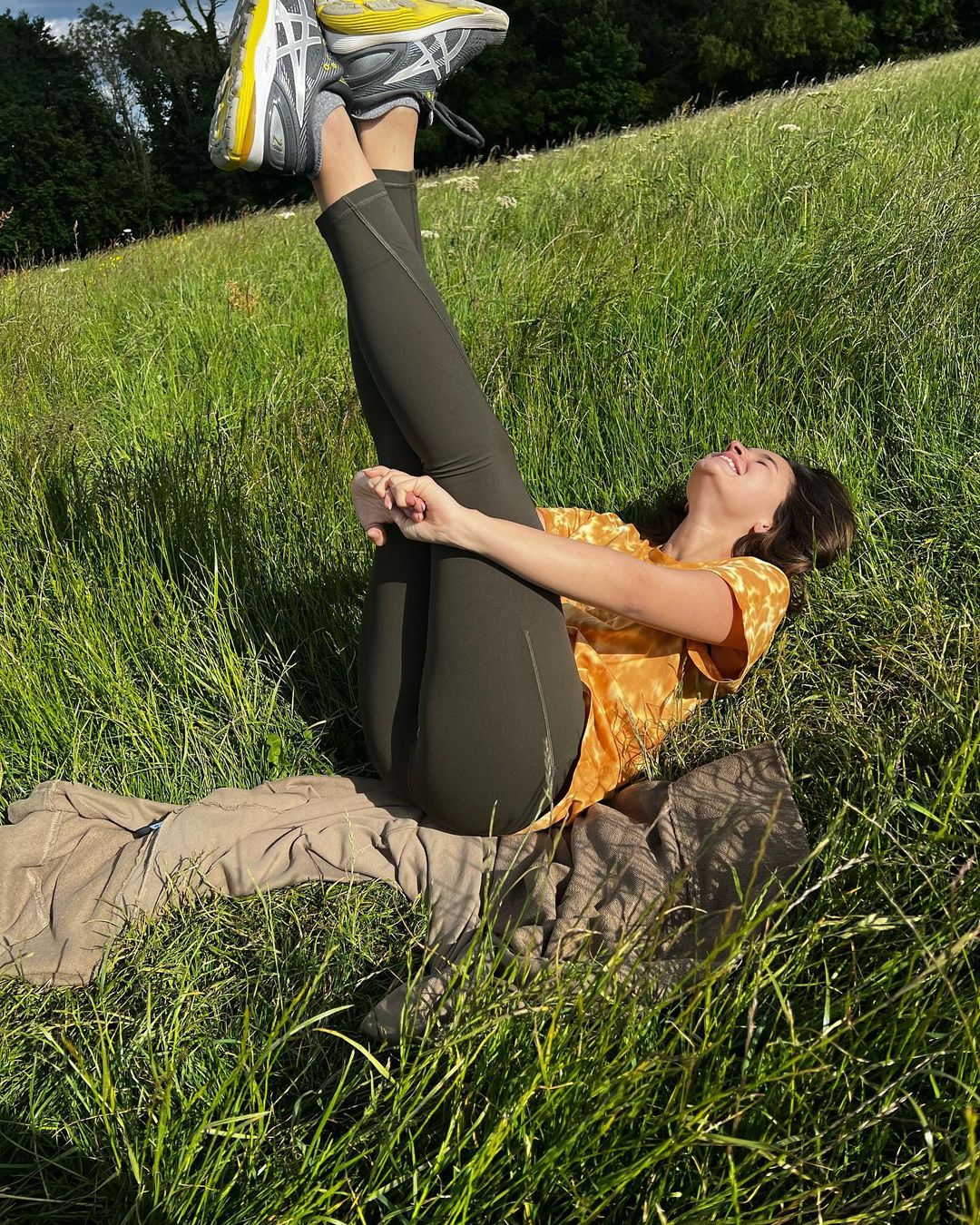 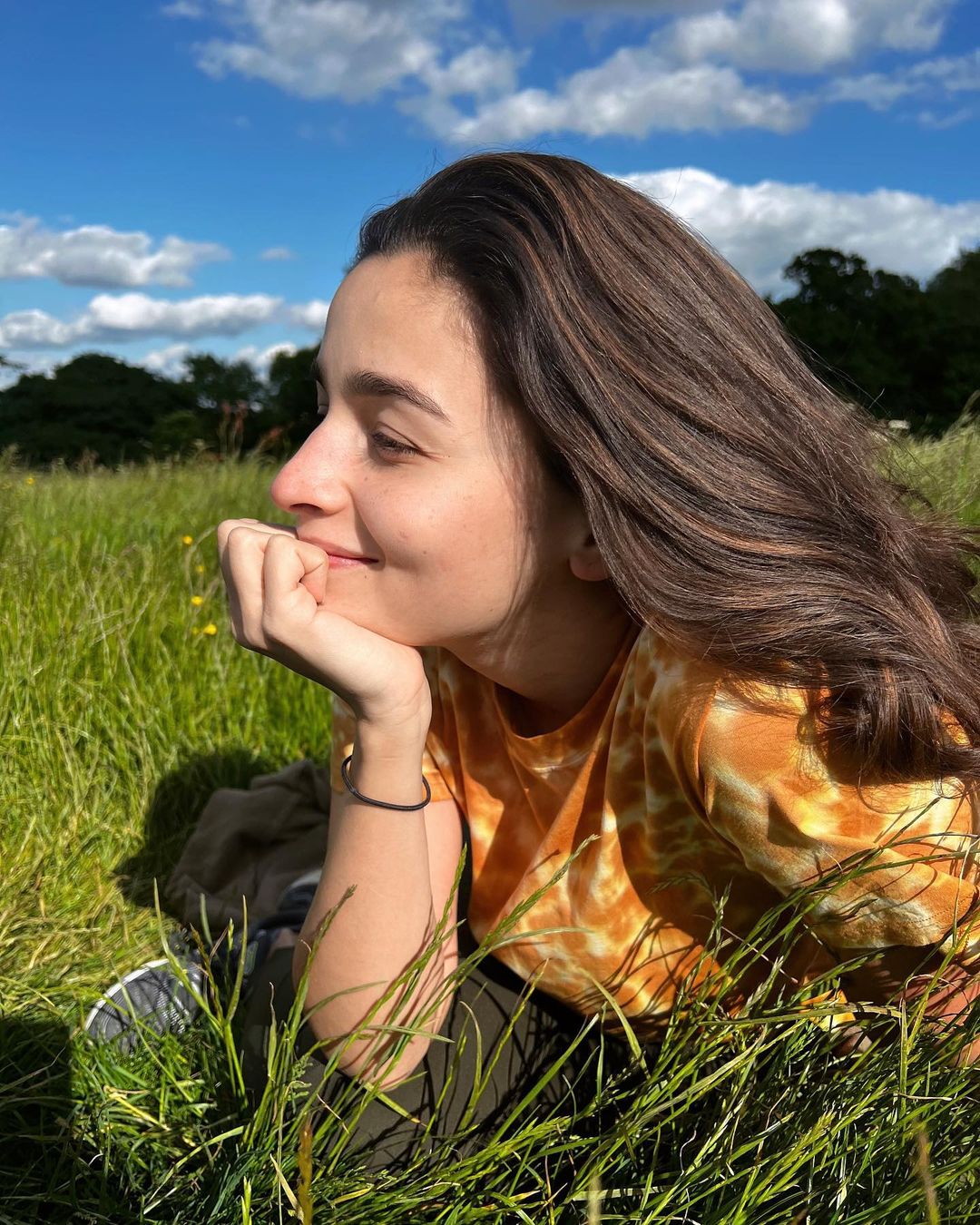 Along with the pictures, Alia mentioned her happiness amidst the sunshine in the caption and wrote, "Just give me my sunshine and I’ll be on my way." As soon as she dropped the pictures along with the beautiful caption, her friend from the B-town, Arjun Kapoor hilariously pointed toward his bestie and Alia's hubby, Ranbir Kapoor. For the unversed, Arjun and Ranbir are currently shooting for their upcoming film directed by Luv Ranjan. Taking to the comments section, Arjun teased Alia by saying, "Sunshine is in mumbai shooting with Luv ranjan but (laughing hard with tears coming out emoji)!!!" And the doting wife of Ranbir Kapoor too was quick to react to Arjun and in response to his comment, Alia replied:

"@arjunkapoor stop rubbing it in (face with rolling eyes emoji)."

This is not the first time when Arjun Kapoor teased Alia Bhatt with her husband, Ranbir Kapoor. Earlier, Ranbir and Arjun along with other celebs from the B-town like Nushrratt Bharuccha, Kartik Aaryan, Jackky Bhagnani and Rakul Preet Singh had attended Luv Ranjan's wedding in Delhi. Taking to his IG handle, Arjun had shared a glimpse of Ranbir's face, and in the backdrop, we could see the Taj Mahal. Along with the picture, Arjun had written a humorous caption, which could be read as, "When Ranbir Kapoor the artist emerged inspired by the Taj + Me..." Reacting to the post, Rakul had commented, "Haha finally u both saw the taj", and had followed by a mocking emoji. But Arjun didn't leave the chance to drop a hilarious reply to Rakul's comment. He had teased Ranbir's girlfriend, Alia in the comment section and had written:

"@rakulpreet ya he saw it with me first instead of going with Alia." 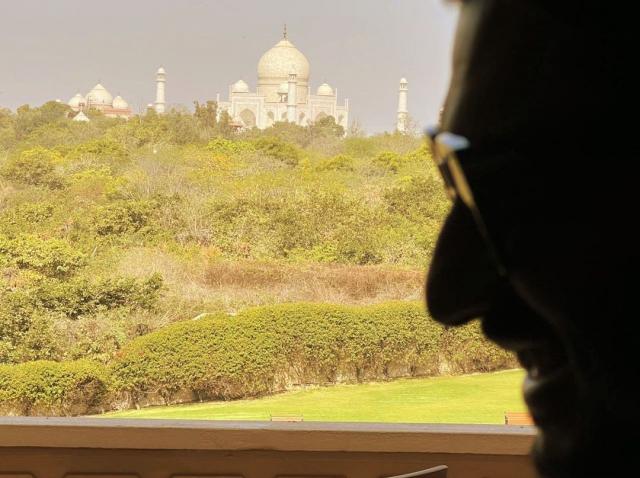 Well, Arjun and Alia's cute banter is simply unmissable. What do you think?

Next Read: Akangsha Rawat Reveals She Is Open To Love Again, Amidst Divorce Proceedings With Piyush Sahdev

Arjun Kapoor And His GF, Malaika Arora Looks Stunning As They Arrive For Ranbir-Alia's Reception The much-awaited wedding of Bollywood stars, Ranbir Kapoor and Alia Bhatt had finally taken place. They had tied the knot on April 14, 2022, amidst the presence of their close ones. Since then, the entire nation has been drooling over their love-filled pictures. On April 15, 2022, Ranbir Kapoor's sibling, Riddhima Kapoor Sahni