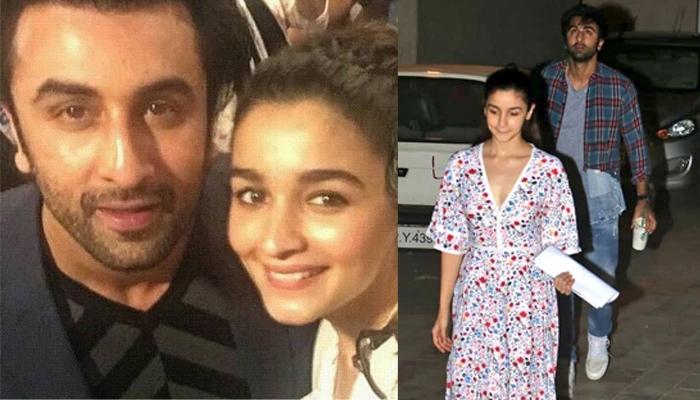 How amazingly beautiful it is to be with a man who has been your crush since your teens? Take a moment and remember the time when you first had a conversation with your crush. All you remembered from that conversation was violin playing and udta huya dupatta in the background, isn’t it? While we have no knowledge if Alia Bhatt felt the same when she spoke to her then crush and now beau, Ranbir Kapoor for the first time but we do know how jittery she felt! (Do Read: Trishala Dutt Goes Down The Nostalgic Trip, Shares Unseen Picture Of Sanjay Dutt And Richa Sharma)

Alia Bhatt and Ranbir Kapoor are the latest talk of the town. The couple is working together in a film, Brahmastra, directed by close friend and famous director, Ayan Mukerji and have been inseparable ever since. The shoot of the film had to be halted due to the lead, Ranbir’s father, Rishi Kapoor’s ill- health, but looks like our hero is back with a bang! Shutterbugs clicked Alia and Ranbir coming out from the dance class together yesterday evening (November 08, 2018). Here, swipe right to checkout an array of pictures:

Although the couple has not been taking each other’s names, but have dropped enough hints to indicate their relationship. Alia is the cover face for Vogue India magazine this month and was asked an interesting question pertaining to her love life basis a dialogue in one of her best film, Dear Zindagi. Taking up a dialogue of hers which goes something like, “Is there someone like the one? What is this perfect one exactly? Mere liye toh koi perfect hona chahiye na..” Alia replied indicating her ‘perfect one’ in real life by saying, “Yeah, I think I have.” That’s not all peeps for the Raazi star further added that when in love she is an ‘affectionate, beautiful person’. She said, “I have stars and a halo on my head, and I’m walking around with rainbows. I like to keep it simple and sweet.” 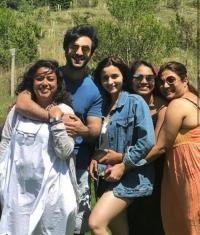 Do you know Alia first fell in love when she was in kindergarten? Yes, she had also stated that they used to look at each other in the class. Our Badrinath Ki Dulhania revealed that although she likes to keep her personal life private, but she doesn’t conceal her feelings. The gorgeous 25-year-old star stated that she is very afraid of being judged. In the same interview, she stated, “Actors, in general, are very vulnerable. Ours is the life on display for constant judgement. I’m very affected by judgements about my professional life. I even get worked up if my director is stressed about something. I can only act in front of one camera.” (Must Read: Divya Agarwal Bursts Out Crying After Reading Priyank Sharma's Open Letter, Varun Tears It [VIDEO]) 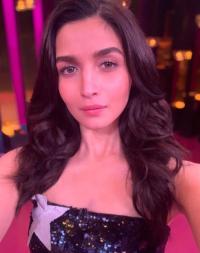 Both Ranbir and Alia’s family are extremely fond of each other and are all praises for the couple. It is not unknown to us the beautiful relationship that Alia shares with Ranbir’s sister, Riddhima Kapoor Sahni. Speaking of Alia and Ranbir’s relationship, Riddhima shared in an interview with HT, “Hota hi hai (It happens, the speculations). Ask him (laughs)! What can I say? I am happy if my brother is happy, and I am a very happy sister (smiles)”. 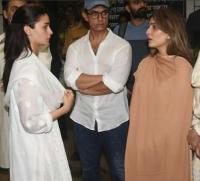 A source close to the Kapoors had also shared about the affection that Alia receives from the Kapoor household. It was stated, “She has been welcomed into the family by everyone. So it’s not just Ranbir who loves Alia. His parents, sister and the rest of the sprawling Kapoor family adore her too. Marriage is on Ranbir’s mind for sure and he will get into it happily this time. The couple will wait until Rishi Kapoor’s recovery before discussing a date for marriage”. 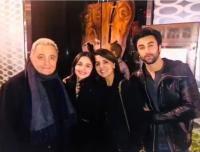 Also, do you guys know about Ranbir’s definition of love? In an interview with Anupama Chopra, the Sanju star defined love and stated, “Falling in love is the greatest thing in the world. When you fall in love, everything is great. Water tastes like sherbet and you seem like you are Uma Thurman. You feel great. Who doesn’t wanna be in love?” (Checkout! Arjun Kapoor Mercilessly Trolls His Sister Janhvi Kapoor For Biting Lipstick, Her Reply Is Epic) 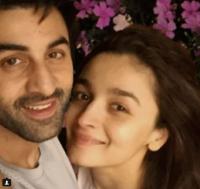 In yet another interview with BollywoodLife, Ranbir shared, “I think every human being does extraordinary things only when they are in love. So I believe that love is something which is a privilege if it comes in your life and to be in a happy, beautiful positive place in a relationship with, it could be with a girl, a guy, with a friend, your mother, your father, or anybody but when there is some genuine love, it’s really beautiful.” 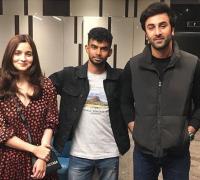 Now that you know what our stars feel about ‘love’, what is your definition of the four letter ‘L’ word? Share your thoughts with us in the comments section below.