Alia Bhatt shared a picture from her babymoon in Italy. However, it was Ranbir Kapoor's mother, Neetu Kapoor's adorable comment, that grabbed our attention. Check it out!

Mom-to-be, Alia Bhatt has garnered a lot of limelight because of her pregnancy. She is expecting her first baby with Ranbir Kapoor. Moreover, this year has been exceptional for the Raazi actress as she tied the knot  with the love of her life, got pregnant and made her debut as a producer with the film, Darlings. Fans have been appreciating her work in the film. Meanwhile, the actress keeps mesmerising her fans with her photos. And once again, Alia has brightened up her fan's timelines with her babymoon pictures.

Alia Bhatt is undoubtedly one of the most beautiful actresses in Bollywood. And the pregnancy glow is adding stars to her beauty. Recently, Alia Bhatt shared a photo on Instagram from her Italy vacation. And, soon after the actress shared the post, her fans and friends from B-town flooded the comment section with impressive responses. However, her mother-in-law, Neetu Kapoor's sweet reaction to the picture caught our attention.

Also Read: Naga Chaitanya Reveals His Tattoo On His Forearm Carried His And Samantha's Wedding Date 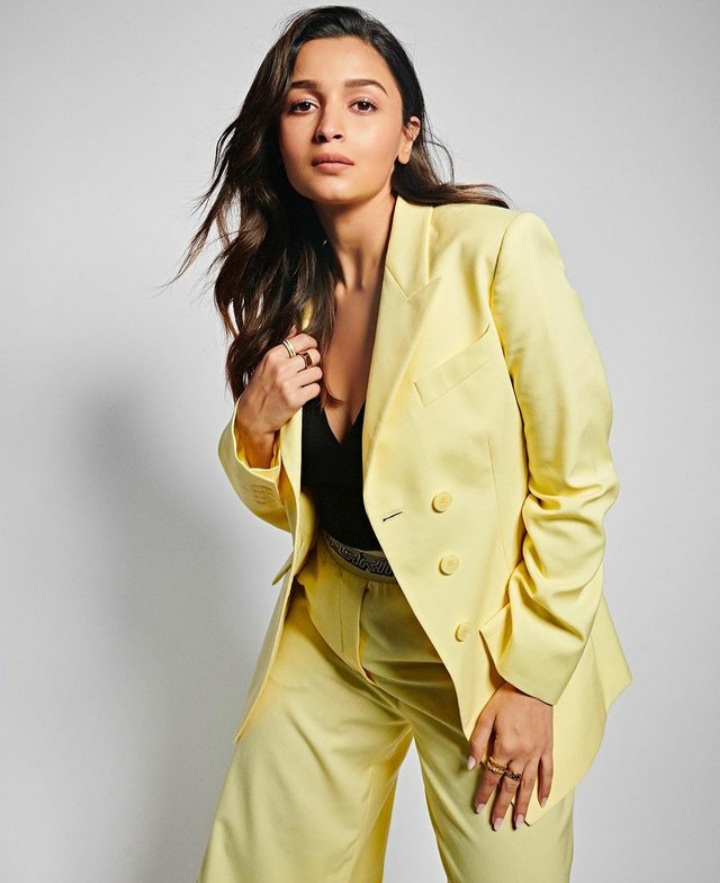 On August 9, 2022, Alia Bhatt shared a sun-kissed selfie from her babymoon in Italy. In the picture, the Gangubai Kathiawadi actress has kept her hair open and can be seen flaunting a a pair of gold earrings. She looked eternally beautiful in the picture. However, Ranbir Kapoor's mother, Neetu Kapoor's comment was unmissable. She wrote: 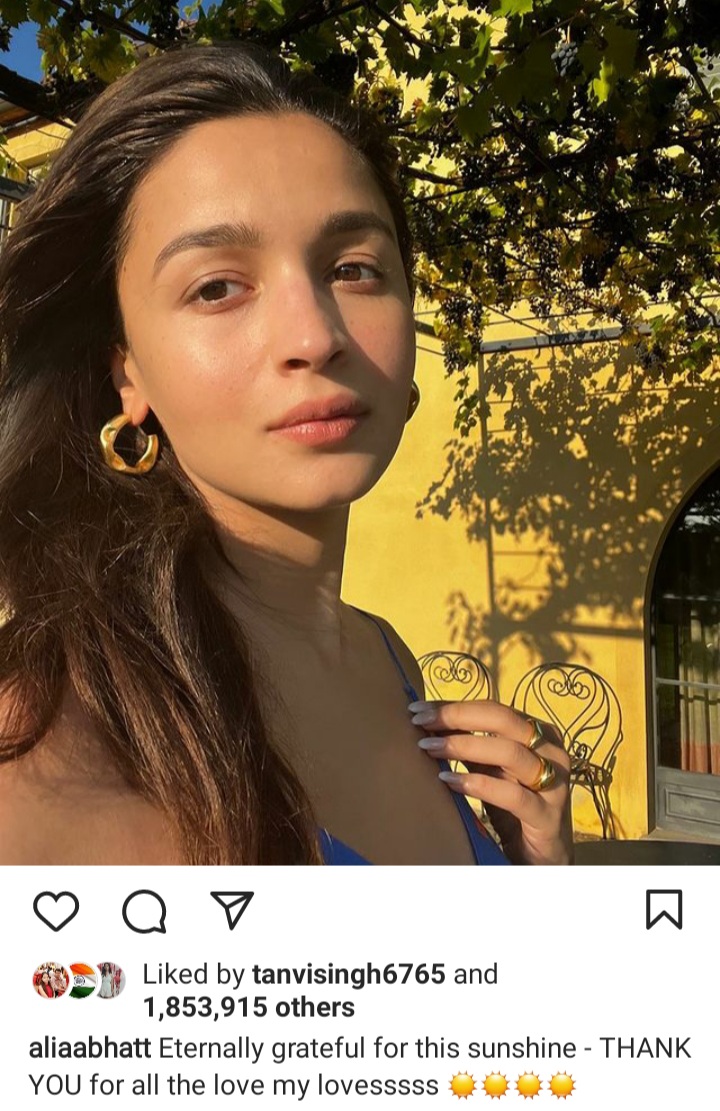 Alia Bhatt and Neetu Kapoor share a close bond. Their bond is filled with love. In a recent interview with Bollywood Bubble, Alia Bhatt opened up on her equation with her mother-in-law, Neetu Kapoor. She shared that she is grateful to have Neetu in her life and that her mother-in-law is very much like Ranbir. In her words:

"My relationship with her will continue to deepen and evolve, and even now I see it. She's so much like Ranbir in that sense. She is so supportive, she's so positive, and at the same time, she lets you be, even through my years of knowing her, of like even staying in touch. It's just very easy, and she is very chill. Whenever we have hung out, she's not got that energy that I am your mother-in-law. She's not got that vibe. She's like, I'm your friend. She said it also. She said, 'I will be your friend first. I will not be your mother-in-law' because that's the relationship she had with her mom-in-law."

Recommended Read: Charu Asopa Confirms Filing For Divorce From Rajeev Sen, Says, 'I Have Made Up My Mind' In the same interview, she shared her friends' reactions to Neetu Kapoor at her wedding. Alia revealed that her friends were really impressed with her mother-in-law. She said:

"Even during my wedding, my friends were like, 'Oh My God, your mother-in-law is just outstanding, she's so cool. She's too much fun. She's really, really cool." 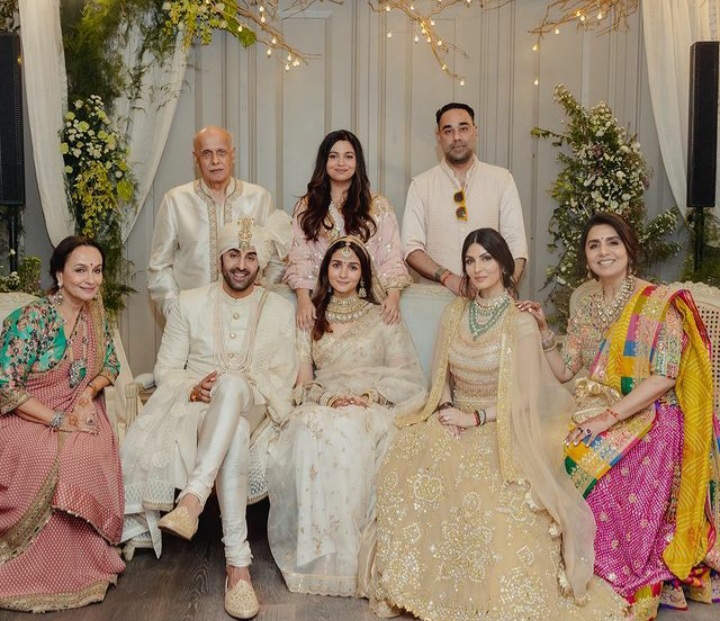 Earlier, in an interview with the Indian Express, Neetu Kapoor had talked about her equation with Alia Bhatt. The Jug Jug Jeeyo actress shared that her relationship with Alia will be the same as she had with her mother-in-law, Krishna Raj Kapoor. In Neetu's words:

"People asked me how will be my relationship with Alia, and it will be the same as it was for me and my mother-in-law. Alia is a lovely person. She is a beautiful, simple, uncorrupted human being."