Brahmastra director, Ayan Mukerji played a Cupid between Alia Bhatt and Ranbir Kapoor as he brought them together for his film. But do you know Alia pleaded Ayan to cast her opposite Ranbir? Read on! 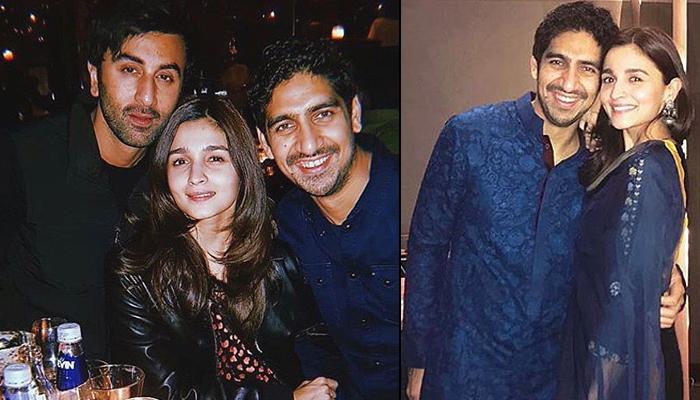 ‘Thank you for making my heart smile, and my eyes shine’ - Alia Bhatt has always talked about her major crush on Saawariya debutant, Ranbir Kapoor, and no one had expected to take these two names in the same breath. It was a sight to behold when Alia and Ranbir walked hand-in-hand at Sonam Kapoor Ahuja and Anand Ahuja’s wedding reception, as it came as an official confirmation about their brewing romance. Everyone was aware of Alia’s wish to marry Ranbir, and later he went on record to accept their ‘new love’! (Also Read: Malaika Arora Parties With Her 'Girl Squad' Kareena-Amrita, Amidst Wedding Rumours With Arjun Kapoor)

In an interview with GQ, Ranbir Kapoor had confirmed his relationship with Alia Bhatt and had stated, “It’s really new right now, and I don’t want to overspeak. It needs time to breathe and it needs space. As an actor, as a person, Alia is – what’s the right word? – flowing right now. When I see her work, when I see her act, even in life, what she gives is something that I’m aspiring to for myself. It’s new for us, so let it cook a bit.” When asked what the best thing is about being newly in love, RK had continued, “It always comes with a lot of excitement. It’s a new person, it comes with new beats. Old tricks become new tricks again – you know, being charming and romantic, all of that. I think I’m more balanced today. I value relationships more. I can appreciate hurt and what it does to a person much more than I could a couple of years back.” 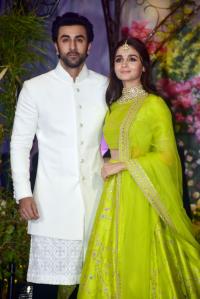 Brahmastra director, Ayan Mukerji had played a Cupid between Alia Bhatt and Ranbir Kapoor as he brought them together for his film. But recently in an interview with the Firstpost, Alia revealed that she had pleaded Ayan to cast her opposite Ranbir in his film, Brahmastra. And as it is rightly said, ‘Agar Kisi Cheez Ko Dil Se Chaho … To Poori Kainath Use Tumse Milane Ki Koshish Mein Lag Jaati Hai’, happened with Alia too! 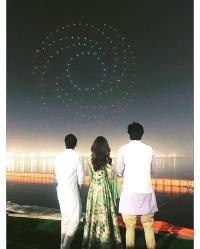 In an interview with the Firstpost, Alia Bhatt stated, “The idea for Brahmastra was conceived long back when Ayan had just done Yeh Jawaani Hai Deewani. I wanted to work with him and I have always wanted to work with Ranbir as well. I pleaded to Ayan that please cast me with him.” Alia spoke at length about beau, Ranbir’s talent and how he is just like her when it comes to acting, “With Ranbir, it is a completely different experience because I have always admired him. He is my favourite actor since he made his debut. He will always remain my favourite because he is so honest and effortless. When I set to work with him, I was thinking that I will understand his process of acting, but there’s no process. He is like me, he acts in front of the camera, and suddenly off camera, he is seen eating chocolates, or chatting, wanting to know what is the gossip for the day. He is very hard working, so effortless and that is the beauty.” (Also Read: Soni Razdan Gives It Back To Kangana Ranaut's Sister, Rangoli For Demeaning Daughter, Alia Bhatt)

On April 17, 2019, Alia Bhatt and Ranbir Kapoor were spotted heading out from a meeting, which was held at the office of TPA. TPA stands for Talati and Panthaky associated designers, which is a design and consultancy firm specialising in architecture, interior design and construction administration. This made Ralia (as fans fondly call them) fans wonder if the lovebirds are planning to buy a house and move in together.

On March 27, 2019, Ayan Mukerji had posted an unseen photo of Alia Bhatt and Ranbir Kapoor, wherein the former is lost in thoughts and the latter is gazing his ladylove. Ayan captioned it as, “Beginnings. Tel Aviv, Israel... Beginning of 2018, and the beginning of many things... We were in Tel Aviv to prepare for our first shooting schedule with a very special member of our team, and it marked the beginning of Ranbir and Alia working together for the movie and getting to know each other... Brahmastra has come with a lot of travel, to find creative collaborations everywhere in the world... something I hope will add greatly to the film eventually #brahmastra”.

Taking us in 2016 and elaborating on how love has been the guiding light for their film, Brahmastra, Ayan Mukerji had posted a photo with his protagonists, Alia Bhatt and Ranbir Kapoor. He had captioned the same as, “And then, there were 3... from our VFX studio in London, way back in 2016. These were the early days of this movie. Alia was the new force in our creative life... the brief was simple... Ranbir and Alia needed to work as one unit and that relationship was more important than their individual characters because, at its heart, our movie is a love story. There has been a lot of love since then. After all, Love is Brahmastra’s guiding Light #brahmastra #lovestory”. (Also Read: Alia Bhatt Calls Varun Dhawan 'Ranbir Kapoor', It Just Proves She Thinks Of Ranbir All The Time)

Aren’t you excited to watch Alia Bhatt and Ranbir Kapoor on the 70 mm screen for the first time in Brahmastra? We can’t thank Ayan Mukerji enough to cast them together! 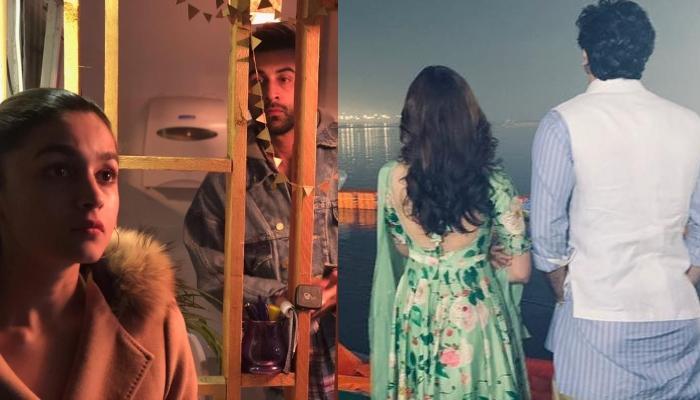 Believe it or not, true love finds its way to you and the entire world plays a big role in it! When Bollywood actors, Ranbir Kapoor and Alia Bhatt signed their first film, Brahmastra, who knew they would have fallen for each other on the sets of the same film!