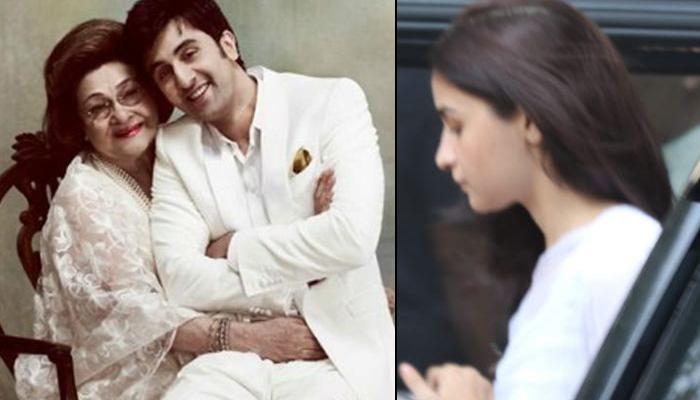 The wife of the legendary actor-filmmaker, Raj Kapoor and the Kapoor family matriarch, Krishna Raj Kapoor passed away due to cardiac arrest. October began on a sad note as the world woke up to learn that this epitome of beauty took her last breath on October 1, 2018 morning at 5 am. She was admired by one and all, from Bollywood celebrities to a massive fan-following, from her children to her grandchildren to her great-grandchildren; she was all smiles with her family. (Also Read: Krishna Raj Kapoor's Unseen And Rare Pictures With Children, Grand Children And Great Grand Children)

Though Krishna ji’s grandson, Ranbir Kapoor wasn’t spotted at the residence, his lady-love, Alia Bhatt and close friends, Ayan Mukerji and Karan Johar arrived to pay their last respects to Krishna aunty (fondly called by many celebrities). B-town also took their social media handles to pen down an eulogy for Krishna Raj Kapoor.

While Aamir Khan wrote, “If Raj Kapoor was an institution in film making, Krishnaji was an institution in living life. A very sad loss to all of us. My love and warmth to Randhirji, Rishiji, Chimpuji, Reema, Rituji and everyone in the family. We love you Krishnaji.”, Soha Ali Khan tweeted, “I am so sorry to hear of the passing of #KrishnaRajKapoor. The few times I interacted with her were so memorable; she was an incredible personality full of life and passion and with never a hair out place! She will be missed greatly. My deepest condolences to the family.”

Karan Johar shared a photo of Raj Kapoor and Krishna Raj Kapoor, and captioned it, “The embodiment of grace...of dignity ...of elegance and of stength...Krishna aunty will always be the First Lady of the Film Fraternity...the most generous, kind and gentle person I have ever known with the most terrific sense of humour...will miss you Krishna aunty”. Hrithik Roshan, on the other hand, wrote, “Thank you Krishna Aunty for always being so kind and loving and for your blessings that you so lovingly gave every single time that I met you. Your grace and dignity lives on. I feel so much love for you. Rest In Peace #KrishnaRajKapoor”. (Also Read: Raj Kapoor's Love Life: Krishna Kapoor Left The House Once Because Of His Affair With Vyjayanthimala)

Farah Khan tweeted, “Such sad news this morning.. the most beautiful lady of our industry Krishna Raj Kapoor passes away.. my heart goes out to the entire family.. Krishna Aunty may you rest in peace.” Raveena Tandon wrote, “Condolences to the entire Kapoor family. An era passes away,#KrishnaRajKapoor .God give you strength,and may the soul rest in peace.  Om Shanti. @chintskap”.

When Simi Garewal released her documentary on Raj Kapoor titled Living Legend Raj Kapoor, she revealed details about the couple, Krishna Raj Kapoor and Raj Kapoor. She shared an insight to his personal life and how Raj penned down a passionate letter for his wife, Krishna but never sent it to her. She shared, “When I was doing my research for the film, I uncovered a personal insight into the private world of Raj Kapoor. He generously asked Krishna-ji (his wife) to show me their private letters. Apparently, no one had read them, not even the children. They were in a huge trunk - and I spent a couple of days going through them. Reading them was such a huge privilege - and an eye-opener. The most intense and passionate letters were written to his wife during the time he was with Nargis. I then began to understand their marriage.. and their bond…” 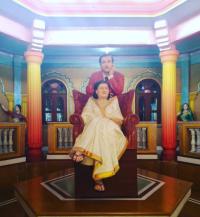 She further added, “In our long conversations, Raj-ji often spoke about Krishna-ji and all she had brought into his life. She was his anchor. He felt the deepest love for her - and a gratitude that was immense. 'Have you told her all this?' I asked him. 'No! No!' 'Why not?' I asked him. ‘That would give her power over me na?' he turned it into a joke, 'mujh pe bohut robe jamayegi!’ 'You must tell her' He turned earnest. 'When I am dying, in the very last moment, I will tell her..everything. I promise.’.” (Also Read: Unknown Facts About Krishna Raj Kapoor And 9 Other Kapoor 'Bahus' And Their Husbands) 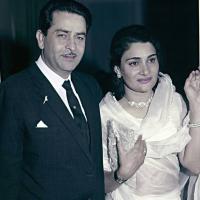 The last rites of Krishna Raj Kapoor will be performed at Chembur crematorium. RIP Krishna ji! 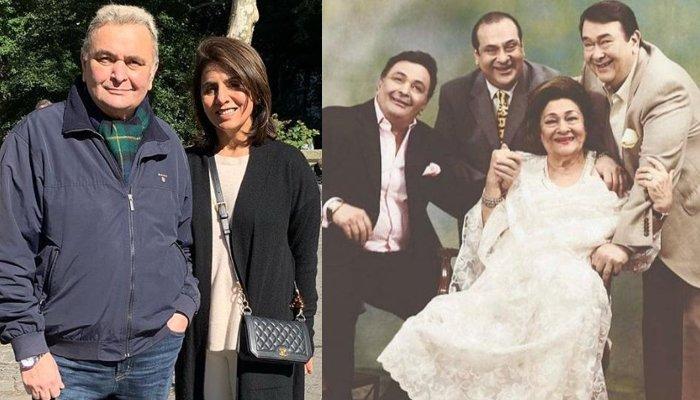 The disease which must not be named- is how we had treated the deadly ‘Big C’. But these days, we have noticed that cancer is spreading in the air and time and again have we heard unbelievable stories about our favourite celebs acquiring it. From 2018 to 2019, we have