Alia Bhatt and Ranbir Kapoor's picture from theirÂ Kashi Vishwanath Temple visit is going viral on social media. Alia and Ranbir are in the holy city of Varanasi for the shooting of 'Brahmastra'.

How often does it happen that someone, whom you have admired for long and has been your crush since childhood, becomes your soulmate one day? Rarely, right? Well, Alia Bhatt and Ranbir Kapoor fall into this category and we all know that Alia had admitted to her crush on Ranbir on Koffee with Karan. Both have had their share of relationships in the past, and look, today they themselves are together. It's been rightly said that some matches are made in heaven! (You May Like: Chhavi Mittal Resumes Work In Less Than A Month Of Her Son Arham's Birth, Takes Little One To Office)

Alia Bhatt and Ranbir Kapoor are one couple for whom we can assert that had there be no films, they would not have been a couple. Why do we say so? Well, they started on the sets of Ayan Mukerji's Brahmastra and in fact, their photos and videos from the sets of the same, go viral on social media in no time. 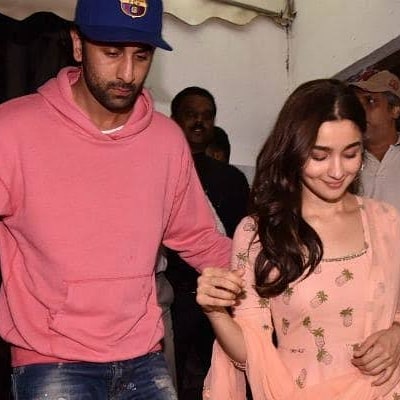 A few days ago, we had brought to you the photos and videos of Alia Bhatt and Ranbir Kapoor from their Varanasi schedule where they are shooting for Brahmastra. And guess what? Today (June 08, 2019), Alia and Ranbir were clicked at the most famous temple of the holy town- Kashi Vishwanath Temple. A picture from their visit to the temple has surfaced online wherein we can spot Alia Bhatt ditching her makeup and wearing a yellow suit with half-tied locks. Ranbir Kapoor, on the other hand, can be seen wearing a white kurta with rosary beads dangling down his neck. Take a look at Alia Bhatt and Ranbir Kapoor's picture from their Kashi Vishwanath Temple visit: For those who missed it a few days ago, Alia and Ranbir were shooting for Brahmastra on the banks of the Ganges. Take a look at the photos and videos from the same here:

Alia and Ranbir have been quite vocal about their relationship all this while. Alia Bhatt, while talking about her marriage plans recently, was quoted as saying, “Not at all! I feel it’s all unnecessary chatter. You have to understand that personal life is called ‘personal’ for a reason. In fact, that’s why, not many speak up about their relationships. The minute you say anything, there are random pieces of news including my supposed marriage.” 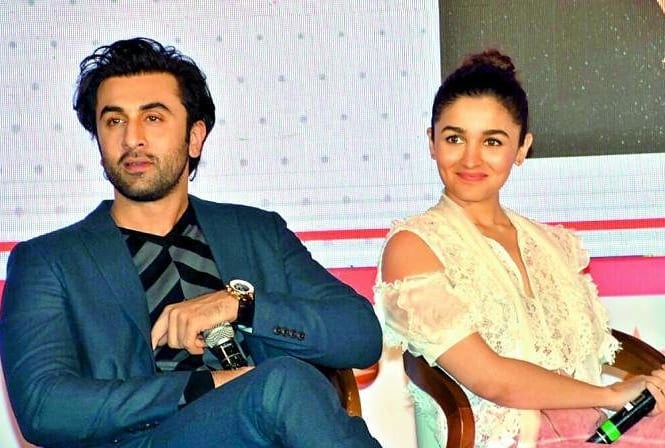 Talking about how fans poke her about her and Ranbir's wedding date, Alia had recently shared, “It has even reached my fans. So, sometimes, when I interact with them on social media, they also ask me when I am getting married. And I am like, ‘why are you asking me this? Have I said anything? Have I given a feeler?’ No. Since it has been a “season of marriages”, everyone expects that I might also do the same.” (Don't Miss: Sushmita Sen Has The Sweetest Wish For Her Godchild On Her Birthday, Shares A Lovely Picture)

Alia Bhatt, during an Instagram live session, had broken her silence last year, with regards to her alleged upcoming wedding with Ranbir Kapoor. She had said, “When will I marry? Why is everyone asking me when I am getting married? The same question is coming all over. So you know, I am only 25 years old. I think it’s too soon to get married right now.” 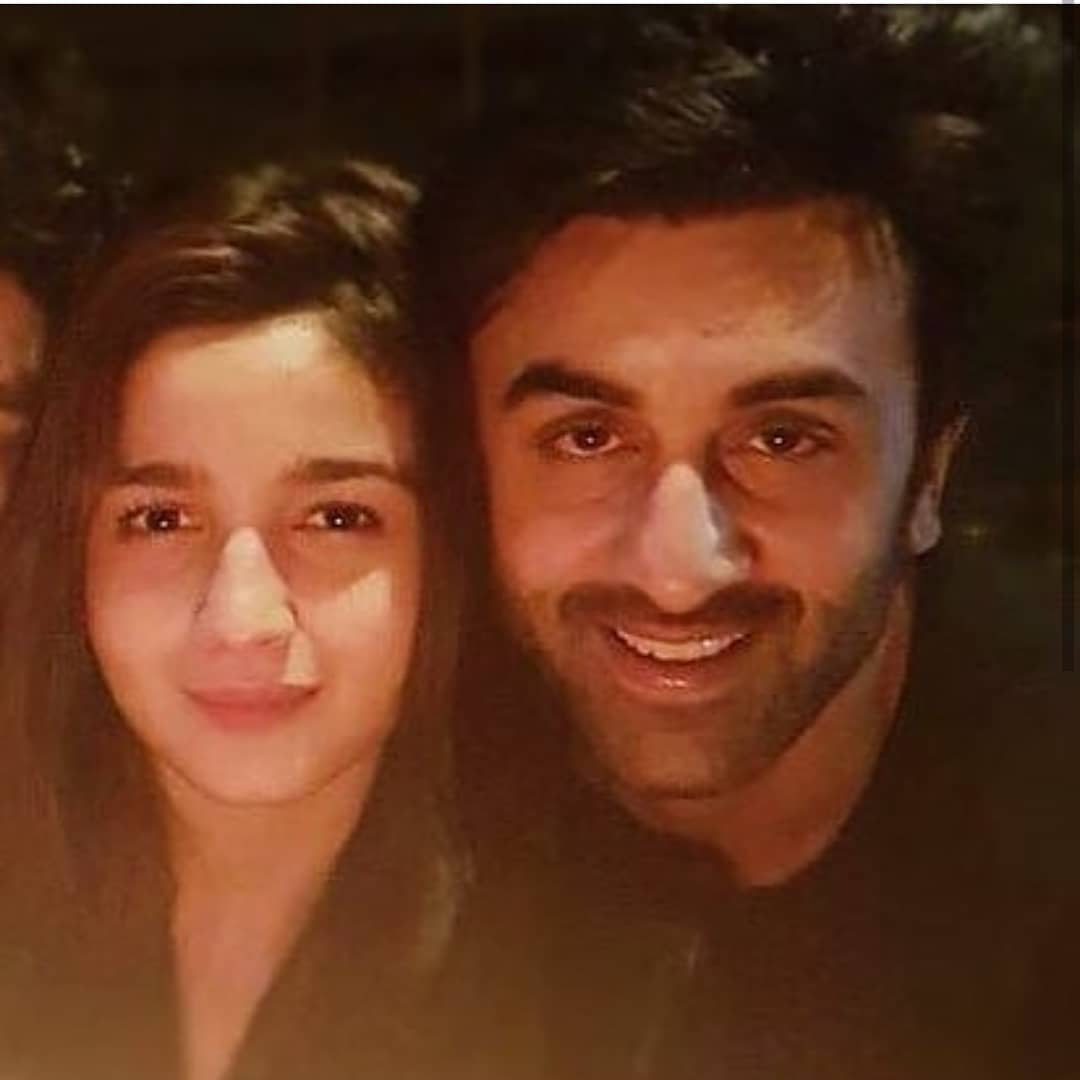 Alia Bhatt and Ranbir Kapoor's jodi has not only been accepted by their fans but also, she has been welcomed by the Kapoor khandaan graciously. It was reported recently, “She has been welcomed into the family by everyone. So it’s not just Ranbir who loves Alia. His parents, sister and the rest of the sprawling Kapoor family adore her too. Marriage is on Ranbir’s mind for sure and he will get into it happily this time. The couple will wait until Rishi Kapoor’s recovery before discussing a date for marriage.”

In a recent interview with Firstpost, Alia Bhatt had revealed how she had pleaded Ayan Mukerji to cast her opposite Ranbir in his film, Brahmastra, “The idea for Brahmastra was conceived long back when Ayan had just done Yeh Jawaani Hai Deewani. I wanted to work with him and I have always wanted to work with Ranbir as well. I pleaded to Ayan that please cast me with him.” In another interview, Alia was all-praises for her beau, Ranbir and had said that he is like her. Alia had shared, “With Ranbir, it is a completely different experience because I have always admired him. He is my favourite actor since he made his debut. He will always remain my favourite because he is so honest and effortless. When I set to work with him, I was thinking that I will understand his process of acting, but there’s no process. He is like me, he acts in front of the camera, and suddenly off camera, he is seen eating chocolates, or chatting, wanting to know what is the gossip for the day. He is very hard working, so effortless and that is the beauty.” (Must Read: Shilpa Shetty's Husband, Raj Kundra Thanks God On Wife's Birthday, Calls Her 'Favourite Angel') 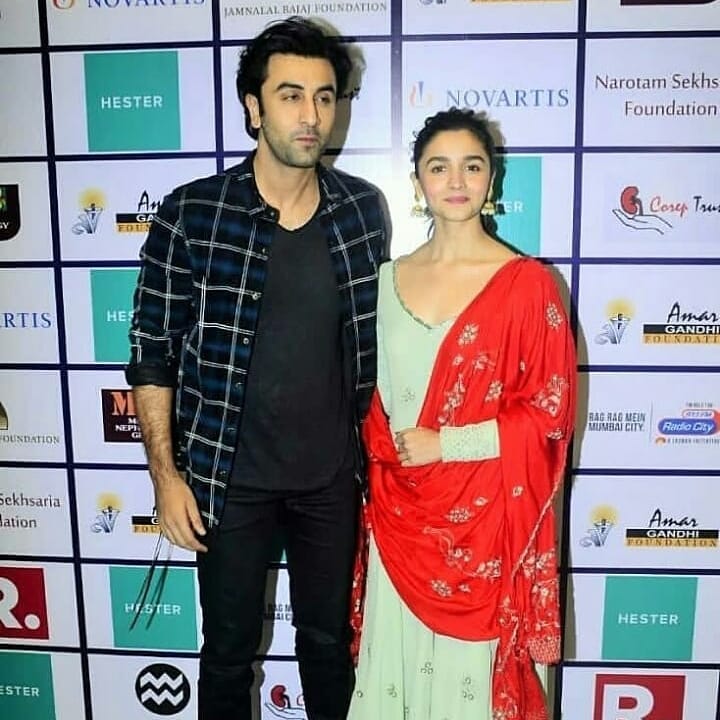 Alia Bhatt and Ranbir Kapoor's picture from their Kashi Vishwanath Temple visit is adorable beyond words, right? Share your views! Alia Bhatt and Ranbir Kapoor together make for one of the most stunning couples of the Tinseltown. They are highly revered as a couple, not just because they are extremely good looking but also because they are the biggest superstars of Bollywood and extremely talented actors. Ralia (as fans affectionately