Anybody who said love cannot happen twice probably has never met our celebs! While some actors stay in news for their divorce, some actors make news for tying the knot for the second time. We are talking about actor Ali Merchant of Kahaani Ghar Ghar Ki fame.

Recommended Read: 14 Popular TV Celebrities Who Were Married Before They Became Famous

Ali Merchant tied the knot again with an investment banker, Anam, in a private ceremony in Karjat on January 29, 2016. Anam and Ali met through their families in 2015. Talking about his wedding to a leading daily, Ali said:

"There is no pomp and show as she is not from the industry. We are having a party on January 27, nikaah on 29 and reception on 30. I feel as if I am starting a new chapter of my life. I am hoping that 2016 will be great for me — both on the professional and personal front. Having said that, I want my work to speak rather than my personal life being in focus."

Recommended Read: The Significance Of Mehendi Ceremony Every Girl Should Know Before She Gets Married

It was a very private affair with only family members and close friends present. Television actors like Rohit Khurana, Vishal Karwal, and Kunal Verma were also seen at the do.

There was a pre-wedding cocktail party held in a farmhouse in Karjat itself. Seen enjoying at the bash were actors Vishal Karwal, Rohit Khurana, Sahil Anand, Aditya Redij, Yash Patnaik, Dhaval Gada, and Kunal Verma. Actress and singer, Tia Bajpai, was also present at the event, and sang a few hit songs.

Ayushmann Khurrana, close friend of Ali also came down for the party, and was seen entertaining the guests. Ali, who is an accomplised DJ also took to churning out hit songs for his friends and family members to enjoy.

Have a look at some pictures from the event below. 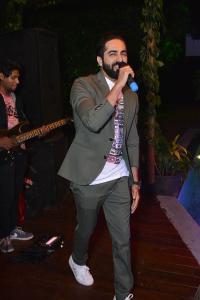 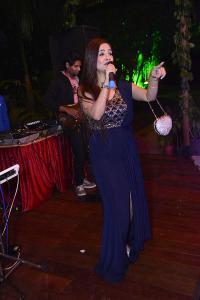 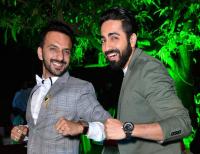 Have a look at some pictures from Ali's star-studded reception party, which was held on January 30. While Ali looked dashing in a black tuxedo, Anam looked stunning in a golden emebllished anarkali suit with matching heavy jewellery, minimal makeup, and she even sported lovely mehendi. 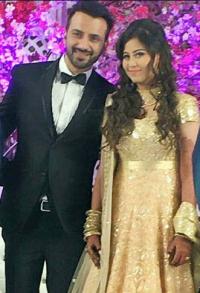 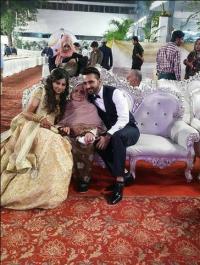 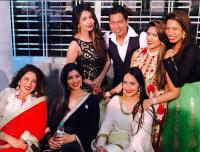 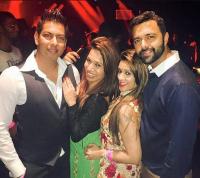 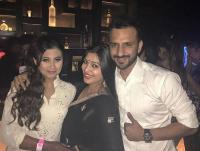 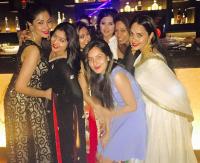 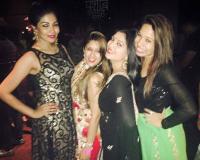 Ali was earlier married to actress Sara Khan. He married her in season 4 of Bigg Boss. However, they divorced just two months after the marriage stating it to be a “big mistake”.

Also see: 10 Made For Each Other Real Life TV Couples Who Ended Up Getting Divorced

We at BollywoodShaadis, wish Ali Merchant and Anam a very happy married life ahead.