Ali Fazal Turns Poet For 'His Mohabbat', Richa Chadha On Her Birthday, His Wish Will Melt Your Heart

Ali Fazal Turns Poet For 'His Mohabbat', Richa Chadha On Her Birthday, His Wish Will Melt Your Heart

Ali Fazal and Richa Chadha are one of the 'IT' couples of the Tinseltown. As Richa celebrates her 33rd birthday, her beau, Ali turned poet for him and posted a heartfelt message for her.

Birthdays are amazing! As you turn a year older on your special day, you celebrate it with great valour with your near and dear ones. Also, imagine waking up to the most spectacular wish from your ‘best half’, who may be miles away, but makes you feel so in love! And in case you are wondering how to do that, take a cue from B-town lovebirds, Ali Fazal and Richa Chadha. (Do Read: Ananya Panday Reveals How She And Kartik Aaryan Deal With Their Relationship Speculations)

She never had plans to date a fellow actor. He never knew what was in store for him. And that is how love happened between Ali Fazal and Richa Chadha. The duo had shared screen space in Fukrey and that is exactly when rumours about a ‘possible’ love story brewing between them started to come by. And then came the time when Richa had flown off for the Venice Film Festival, to accompany Ali, which is exactly when both Ali and Richa confirmed that they are head-over-heels with one another. Both post ‘awww-dorable’ messages for one another on their birthdays and this time being, Richa’s birthday, Ali posted a beautiful wish for her. 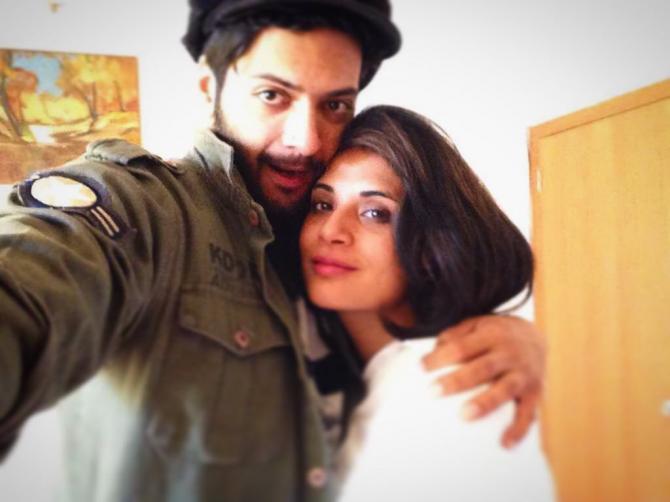 On last year’s birthday, when Richa Chadha had turned 32, her boyfriend, Ali Fazal had taken her on a surprise trip to the Maldives. It was a well-planned and executed holiday as a birthday present from Ali to Richa, who just wanted to spend some lone time with her beloved. However, the best part was that Richa had no idea where they were headed until the last moment of their trip. Isn’t it amazing? (Must Read: Deepika Padukone To Reunite With Her Ex, Ranbir Kapoor's Father, Rishi Kapoor For An Upcoming Movie) 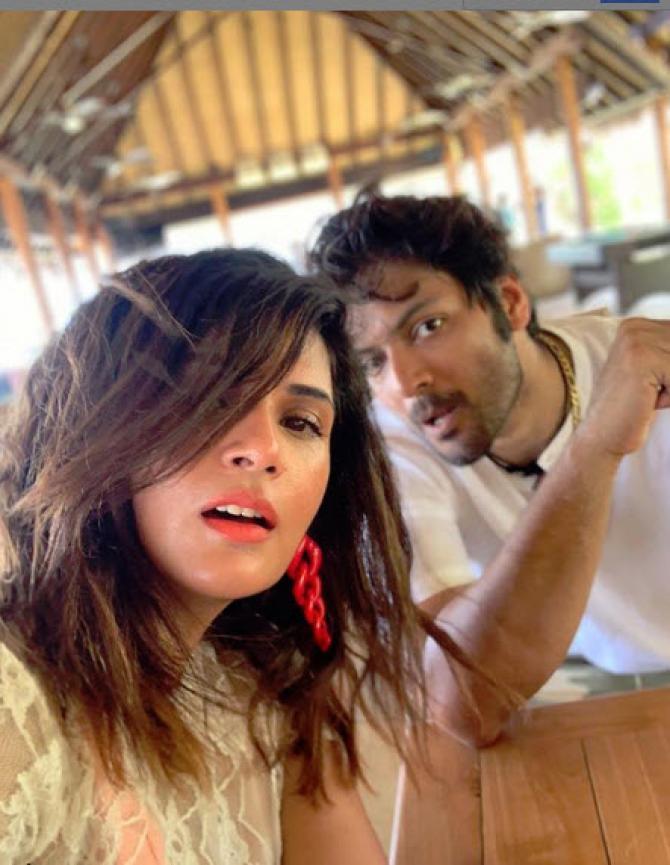 It was on October 15, 2019, the day when Ali Fazal had turned a year older, when Richa Chadha had posted a heartfelt message for her beloved, with a birthday collage for him. The same could be read as “It’s nothing short of a miracle, that in this ridiculous, stupid world, I found you... you! A best friend, fan, peer, lover, critic, partner-in-crime rolled into one! I respect you as a man, a human and an artist. You are joy. You are perfection! Cheers to a love spread across the years, across continents...happy birthday dear Ali! There can be no other. God bless you!" To this, Ali had replied, "AY mohabbat!!! MY LOVEEEEE, YOU ARE THE BEST THING IN MY LIFE! I miss you here. I couldn't watch the whole video because it's making me miss you more. So, come fast - yahaan intizaar ho raha hai. Besabri se ho raha hai." 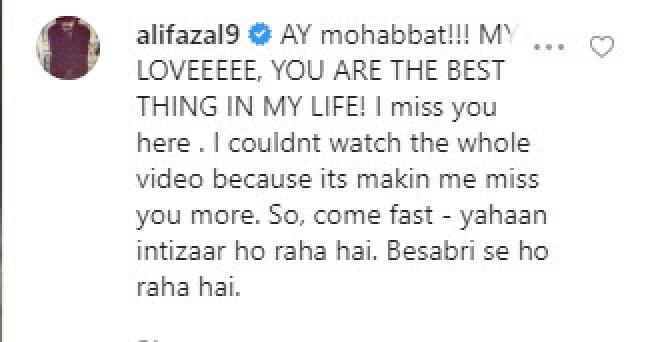 In an earlier interview with Pinkvilla, Richa Chadha had bared it all out about love and dating Ali Fazal. She had stated, “I have had bad experiences with actors on outdoor shoots and I never thought I'll fall for an actor. But with this experience, I have learnt that never say never. What we like about each other is that we give each other space and as we both are actors, we understand the demands of the profession. And at the same time, we both are from middle-class families.” About how suitable Ali is for her, Richa had shared, “He is a great intellectual match for me, he is a well-read and educated guy. He has common interests like me - art, literature, music and photography. Sometimes we cook together and even workout together.” (Also Read: Rani Mukerji Reveals The Reason Behind Her Fights With Husband, Aditya Chopra) 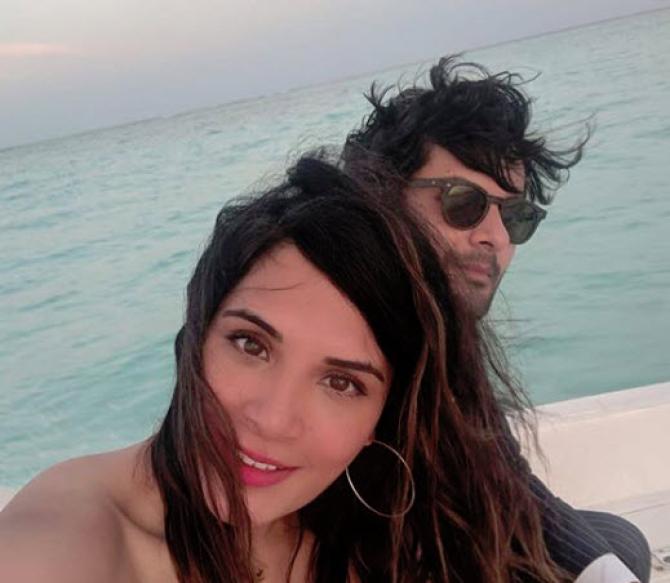 Commenting on their marriage plans, Richa Chadha had shared, "I don't know about it and we don't want to give anyone that much access to our life. If it happens, it will be very private and for us. We are very fresh and new, we want to take it slow and be happy.” Ali too had revealed how he is faring in his love life with Richa. He had stated, “It’s our friendship, which grew over time. It’s so easy for everyone to fit us in a genre and label it love. Love is when we last, so the hope is that we arrive somewhere close to that. I just hope this is the last time I will be disclosing status on my personal life. We don’t want to jeopardise our little friendship. But am happy, I am very happy.” 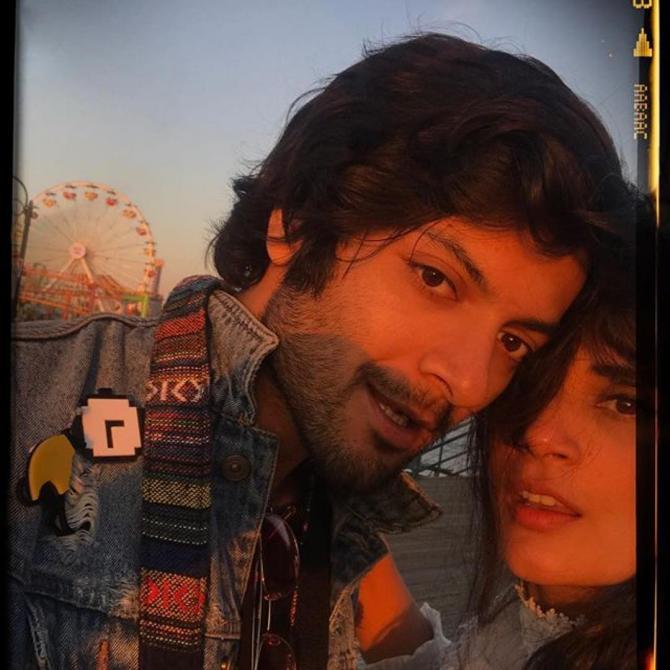 There is nothing more beautiful than being in love and nothing more challenging in life than maintaining a relationship that is away from jealousy and hatred. However, when you are in the world of glam and glitz, dealing with these emotions becomes a lot tough. But there are some couples,