Alaya Furniturewalla is rumoured to be dating Aaishvary Thackeray, grandson of Bal Thackeray. However, she had refuted the dating rumours every now and then.

A debutante, who made her debut in her Jawaani and became the Jaaneman of the nation, Alaya Furniturewalla is the daughter of actress, Pooja Bedi. 'Mujhpe Nazrein Na Atkana, Kaatil Meri Ankh Da Nishana'- despite the warning, we fell in love with one-film-old, Alaya and we're eagerly looking forward to her upcoming projects. After the release of her debut film, Jawaani Jaaneman, the pandemic hit the world, putting a pause to the work and life. Even for Alaya, the pandemic slowed things down on her work front.

However, during the pandemic, Alaya Furniturewalla kept her one million fans entertained and inspired on social media through her engaging posts. Alaya is one of the most promising star kids of B-town and ever since her debut, her personal life became a hot topic of discussion for her fans and media. Alaya is rumoured to be dating Aaishvary Thackeray, grandson of Bal Thackeray. However, she had refuted the dating rumours every now and then. In an interview with Bombay Times, Alaya Furniturewalla once again addressed her dating rumours with Aaishvary Thackeray. Revealing the truth behind the rumours, Alaya stated, "If you are being talked about, that's always great! You shouldn't take these reports too seriously. Aaishvary is a wonderful friend and an extremely talented person. These stories used to spark curiosity amongst my near and dear ones, but now even they are used to it." 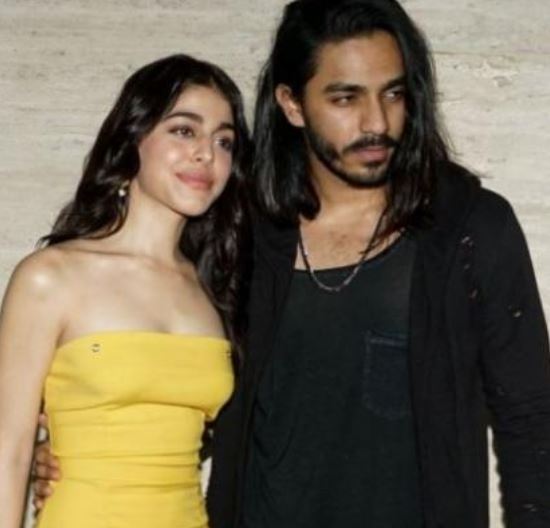 Speaking of how she handles such speculations in the media about her personal life and what she did throughout the lockdown, Alaya Furniturewalla continued, "As far as my personal life is concerned, I don't stress about it as much as I do about my professional life. I feel your personal life should fall into place naturally. You should only work on being the best version of yourself every day. That's what I did throughout the lockdown. It was all about me thinking about myself and not about any other person." In October 2020, when Aaishvary Thackeray turned a year older, he had ringed in his birthday in Dubai with his friends, including his rumoured girlfriend, Alaya Furniturewalla. Aaishvary's mother, Smita Thackeray had posted a video on her IG feed, from the celebrations of her son's birthday and mentioned in the caption that Alaya was present at the bash. Aaishvary had also posted a picture of a plate of dessert with "Happy birthday Aaishvary" written on it, tagging Smita and Alaya on his IG story. Here's the picture: 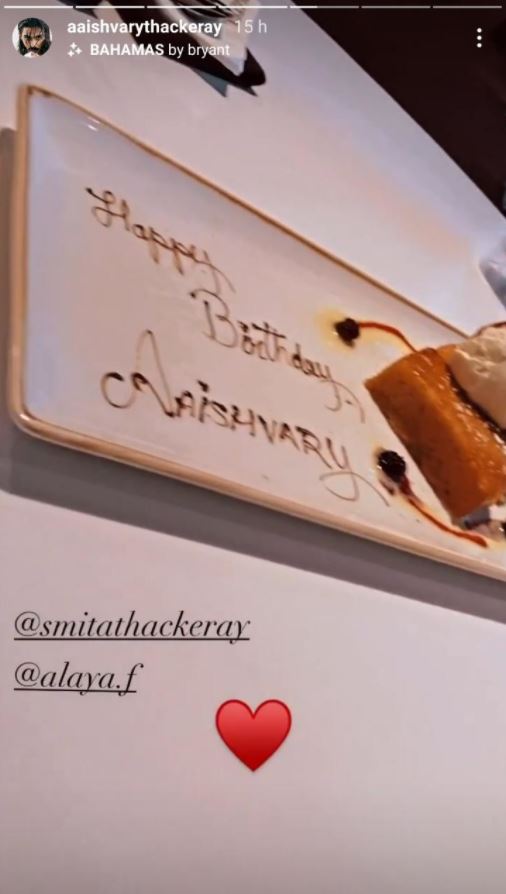 On the work front, Alaya F is speculated to team up with Harsh Varrdhan Kapoor in Rhea Kapoor's next! There’s something special and unique about the starlets that even before their debuts, they make a huge fan-following and swoon us over their genuineness, undeniable confidence and down-to-earth perspective of life. Like Sara Ali Khan, Alaya Furniturewalla too had made a name for herself without the help of her star family