Akshay Kumar shared a special birthday post for his 'big boy', Aarav which featured a father-son throwback picture from Holi celebrations, wherein the actor had carried his little one in his arms.

While every birthday holds a special place in one’s life, the one when you turn 18 marks to be the beginning of a new phase and it combines the right amount of fun and responsibilities. As we turn 18, we step into a new phase of life, embark on the journey to chase our dreams, move out of our parents’ nest to explore the world and we have friends and family by our side to cheer for us! What else could one ask for than celebrating their eighteenth with their loved ones by their side before leaving them to fly high in life? That’s exactly how Akshay Kumar and Twinkle Khanna’s not-so-little-boy-anymore, Aarav had celebrated his 18th birthday. (Also Read: Dimple Kapadia Reveals How Her Grandson, Aarav Kumar Is 'Exactly' Like His 'Nana', Rajesh Khanna)

Akshay Kumar had headed off to Scotland almost a month back for the shoot of a film and accompanying him was his wife, Twinkle Khanna and their children, Aarav and Nitara. Akshay had turned 53 on September 9, 2020, and he had celebrated his birthday with his family in Scotland. Twinkle had given a sneak-peek into the intimate celebration of Akshay's special day and the best birthday gift he had received from his little ones. Sharing a picture of the card made by Nitara which had “I Love You Daddy” written on it and a happy picture with the birthday boy, Twinkle had written, “A small celebration for the big boy’s birthday!” Akshay had commented on the post with an array of hearts. 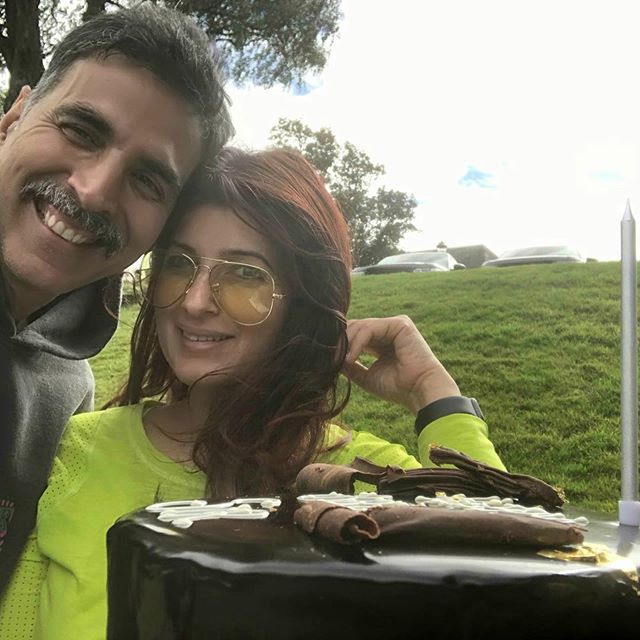 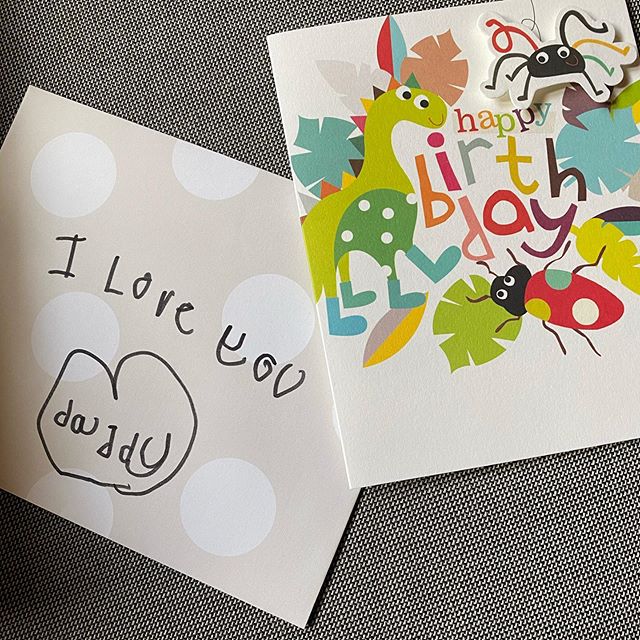 Six days after Akshay Kumar’s birthday, his son, Aarav turned 18 and the family left no stone unturned to make it a special one for him. Not only did they celebrate his 18th birthday in a fun manner, the doting parents, Akshay and Twinkle Khanna also penned heartfelt notes for Aarav. Akshay’s birthday special post for Aarav featured a father-son throwback picture from their Holi celebrations, as the actor had carried his little one in his arms, and he captioned the post as “Can’t believe this day has come. Happy 18th Birthday to My Boy!! Big or small I will carry you in my arms until it's time for you to carry me. Now you’re taller than me, more handsome than me, with a Heart 10 x the size of mine. The world can only benefit from you being in it. All my love, hugs & prayers, your loving father.” 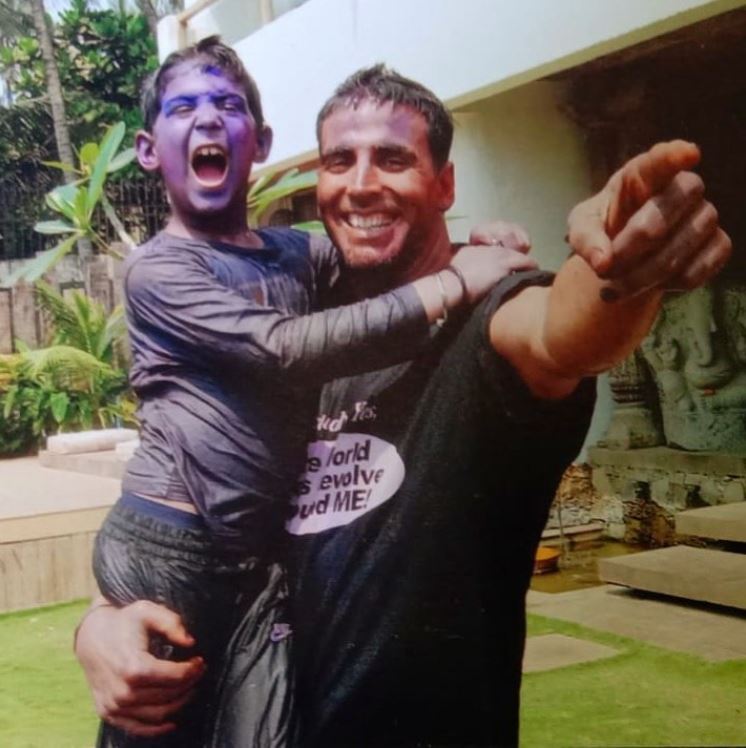 Twinkle Khanna had posted a picture from the birthday celebration, wherein everyone including her, Aarav and Nitara had sported fake moustaches to match with Akshay Kumar’s look from the film, Bell Bottom. Speaking about raising Aarav to the young man he is today, Twinkle had written, “Happy 18th birthday Aarav! Here is something I had written for you once and to keep loosening the strings and finally cutting them off this year has not been easy. All these years you have been as much my teacher as I have been yours. I learned optimism, kindness and wonder from you as I taught you maths, a few manners and how to switch the lights off when you leave the room.” (Also Read: Sania Mirza Shared A Glimpse Of Her 'Perfect Mornings' With Her Little Munchkin, Izhaan Mirza Malik) 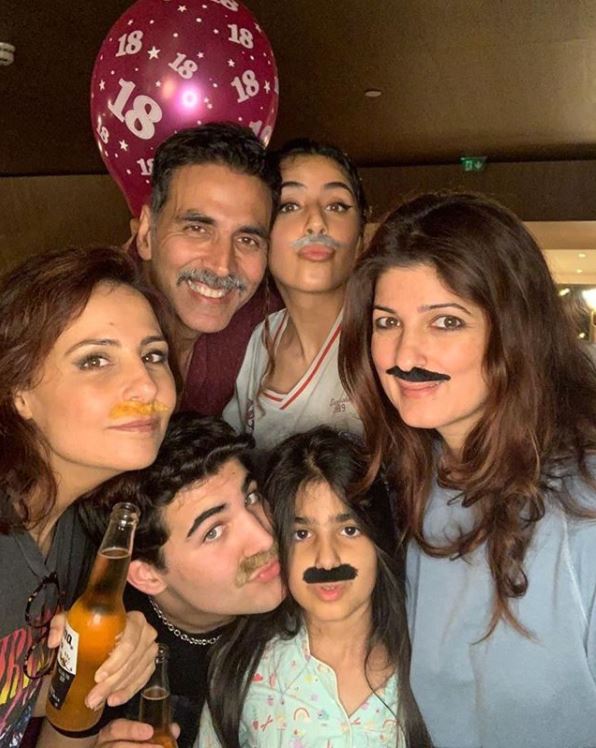 Speaking of how her 18-year-old son, Aarav is all set to embark on a new journey of his life as an adult, Twinkle Khanna had continued, “But looking at you growing up and listening to you repeatedly tell me how much you are looking forward to your independence, I have started realizing that when you finally leave my home, my world and step into your own, my lights will go off automatically and my world will be filled with a bleak darkness. Though whenever you return for a visit, I will light numerous diyas and pretend that this is not a permanent power failure; we are just celebrating Diwali. I am already missing the little boy you were but am so proud of the man you have become. #MamaBear #MoustacheMusketeers.” 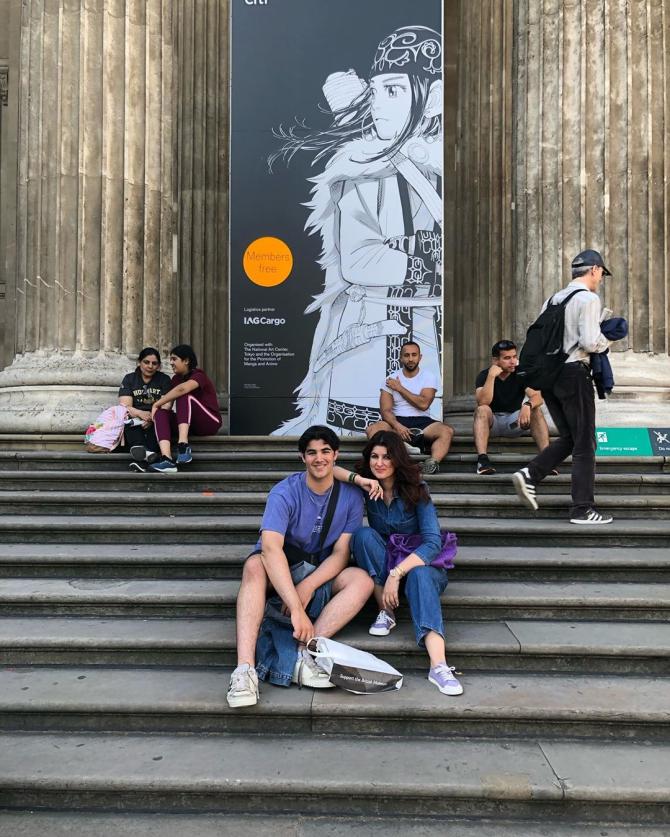 On September 15, 2019, when Aarav Kumar had turned 17, Twinkle Khanna and Akshay Kumar had posted a dashing picture of their teenage boy with heartfelt wishes. While Akshay had written, "One thing which I learnt from my father was if I ever mess up, he’d be my go-to person instead of ‘Oh no! Dad’s going to kill me.’ Today, being on your speed dial makes me feel I’m doing it right.. I’ll always be beside you to guide you. Happy birthday Aarav." Twinkle had captioned the same picture as “Happy birthday! ‘Flesh of my flesh and blood of my blood’ I know that you have always said ‘Mom stop saying these weird things! ’ but it is the truth, you have my cells and I have yours -leftovers hanging around in my brain or at least that’s what science claims :) #birthdayboy #thebest.” (Also Read: Neetu Kapoor Appreciates Riddhima Kapoor On Birthday For How Amazing She Has Been In Past Few Months) 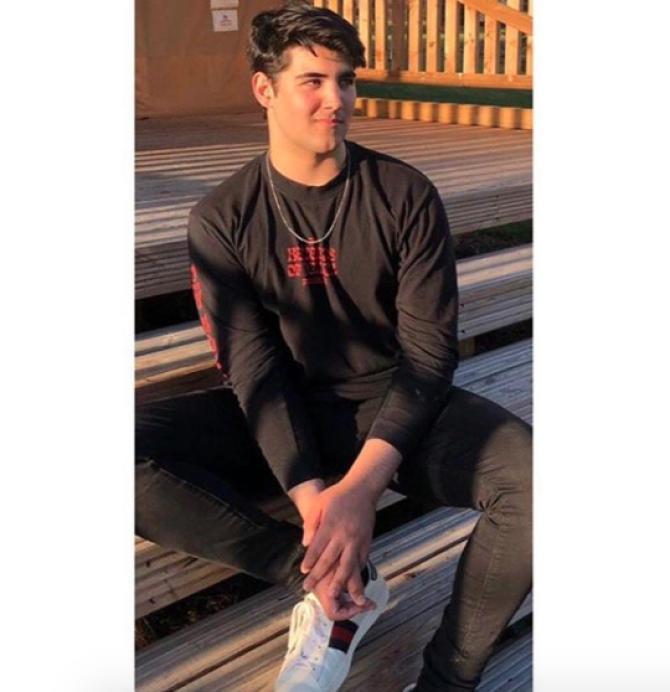 We wish happiness and success to Aarav in his future endeavours!