Bollywood's 'Khiladi Kumar', Akshay Kumar was spotted along with his wife, Twinkle Khanna and their kids, Nitara and Aarav, at the private airport, as they are reportedly returning to London.

A few days back, Bollywood actor, Akshay Kumar had flown back to India from the UK as his mother, Aruna Bhatia had fallen ill. She was admitted to the ICU of Mumbai's Hiranandani Hospital. Akshay was shooting for the film, Mission Cinderella when he got the news of his mother's health and had rushed back immediately. Sadly, despite the doctors' most exemplary efforts, the actor bid farewell to his mother, who passed away on September 8, 2021.

A few minutes ago, Akshay Kumar and his whole family was spotted at the private airport. According to multiple reports, the actor is heading back to London in a private jet after completing his mother, Aruna Bhatia's funeral. On September 10, 2021, Akshay Kumar and his wife, Twinkle Khanna, along with their kids, Nitara and Aarav, were spotted at the private airport with a lot of luggage. According to reports, Akshay is heading back to London to complete the pending shoot of his film, Mission Cinderella, although the celeb couple has revealed nothing. The superstar looked calm and composed in an all-black ensemble as he thanked and greeted the paparazzi with folded hands. Twinkle can be spotted holding their daughter, Nitara's hand while entering the airport, and the young Aarav looked composed as he donned a cyan coloured t-shirt. However, the entire family received heavy backlash on the internet for going to London, only two days after Aruna Bhatia's demise.

There's no denying that the whole family looked quite tensed, and the pale expressions on their respective faces tell the emotional turmoil they're going through after the demise of Aruna Bhatia. It was on September 7, 2021, when Akshay had given an update about his mother's failing health and had asked his fans to keep her in their prayers. His tweet could be read as "Touched beyond words at your concern for my mom's health. This is a very tough hour for me and my family. Every single prayer of yours would greatly help."

However, sadly, on September 8, 2021, Akshay Kumar had taken to his Twitter handle and, with a heavy heart, had announced his mother's demise. Akshay had tweeted, "She was my core. And today I feel an unbearable pain at the very core of my existence. My maa Smt Aruna Bhatia peacefully left this world today morning and got reunited with my dad in the other world. I respect your prayers as I and my family go through this period. Om Shanti." 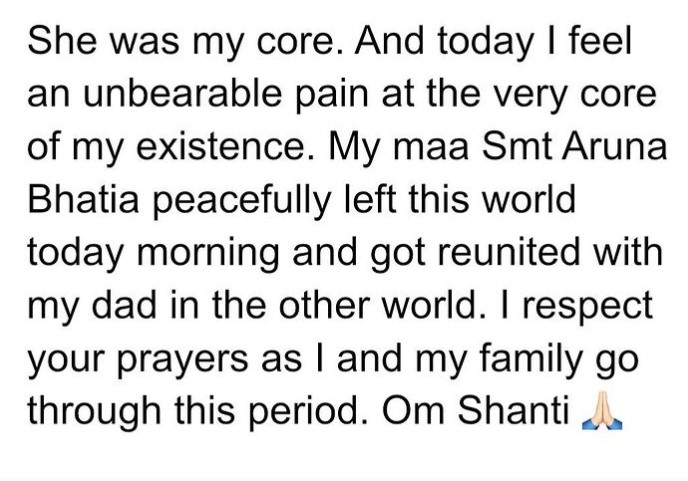 Like every son, Akshay Kumar was also extremely close to his mother and would often post pictures with her on his social media handles. On the occasion of Mothers day in 2020, Akshay had shared a beautiful picture with his mother. Alongside it, he had written, "Even in this day and age, you're the only one whose one hand on my head can comfort me in troubled times because I know there's nothing I can't do with your blessings maa. Happy Mother's Day." 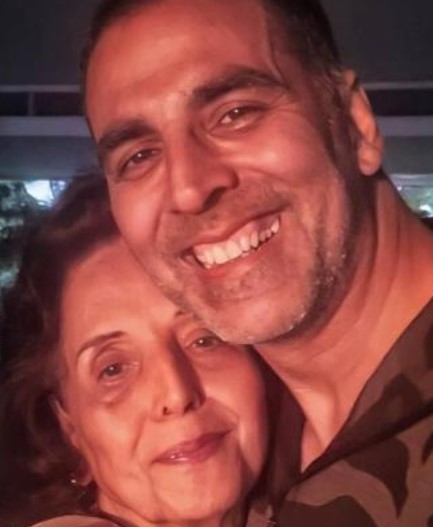 On the professional front, Akshay Kumar will be seen next in the film, Atrangi Re.