Shilpa Shetty Kundra has been celebrating Ganesh Chaturthi with her family for years now. Every year they bring the idol of Lord Ganesha home and celebrate his stay with happiness. Following the routine, this year as well Shilpa brought Ganpati Bappa home, despite her husband, Raj Kundra being arrested by Mumbai police for his alleged involvement in creating pornographic content.

A few minutes back, Shilpa Shetty Kundra took to her IG handle and shared two pictures from her Ganesh Chaturthi celebrations at home. In the pictures, Shilpa can be seen feeding her kids, Viaan Raj Kundra and Samisha Shetty Kundra modaks as they were sitting in front of their Ganpati Bappa’s idol. The mommy-daughter duo twinned in pink and white polka-dotted ensembles, whereas Viaan wore a purple and white polka-dotted kurta with white pyjama. She captioned the pictures as “Om Gan Ganapatay Namo Namah! Shri Siddhivinayak Namo Namah! Ashta Vinayak Namo Namah! Ganapati Bappa Moraiya! Our Gannu Raja is back to visit us.” 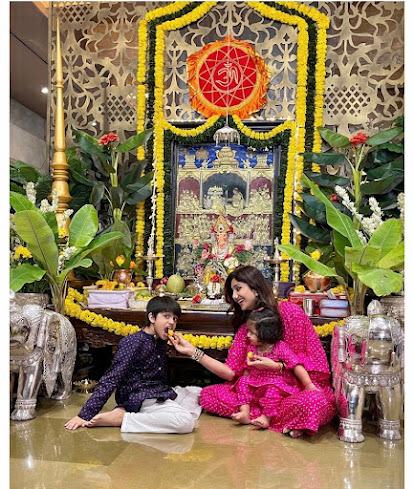 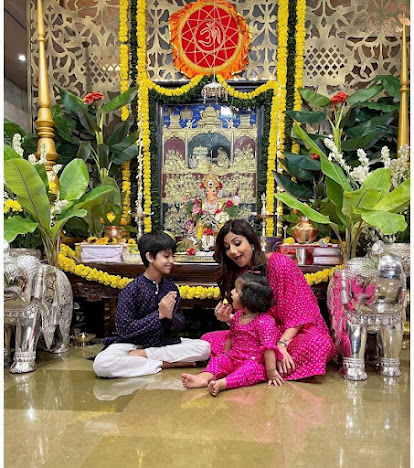 In 2020, Shilpa Shetty Kundra had welcomed Ganpati Bappa home as it was her daughter, Samisha’s first Ganesh Chaturthi. It was a double celebration on Ganesh Chaturthi as on that day, Samisha had her annaprashan ceremony too. Shilpa Shetty Kundra had given a glimpse of the same on her IG stories in which Samisha was seated in her carrycot, dressed in a pink and grey coloured lehenga as her mommy had held aarti ki thaali in her hands. Earlier that day, Shilpa had given a glimpse of the twinning outfits of the mother-daughter duo for the Ganesh Chaturthi and annaprashan celebrations. Viaan Raj Kundra had also twinned with Shilpa and Samisha in a pink ensemble. 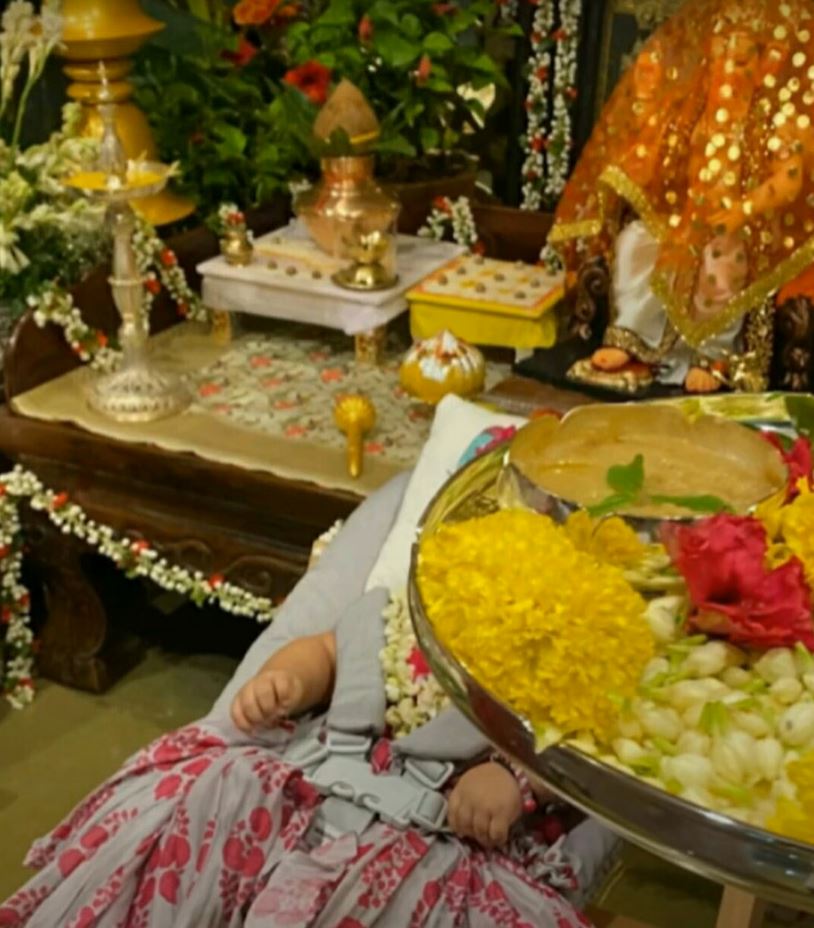 Talking about Shilpa's Ganesh Chaturthi celebration 2019, the actress had posted pictures from the same, wherein the entire family had twinned in yellow ensembles. Alongside the picture, the actress had written, "And... My GANNU RAJA is back. Our 10th year! The remover of obstacles and the Lord of success.. May He bestow us all with His blessings this Ganesh Chaturthi. While I'm spiritual and celebrate all festivals, I'm also responsible towards our Mother Earth and we have continued our tradition of having an #ecofriendly Ganesha idol. Ganpati Bappa Morya .PS: Love and celebration is all of us #TRIPLING." When Shilpa had got Ganpati Bappa home this year, she was trolled brutally. She had posed with Ganpati idol, and netizens had started linking it with her husband, Raj Kundra’s arrest. While one user had commented, “Pehle apna Pati to ghar Lalo”, another one had written, “But what happened to raj? is he still in jail or he granted bail??” 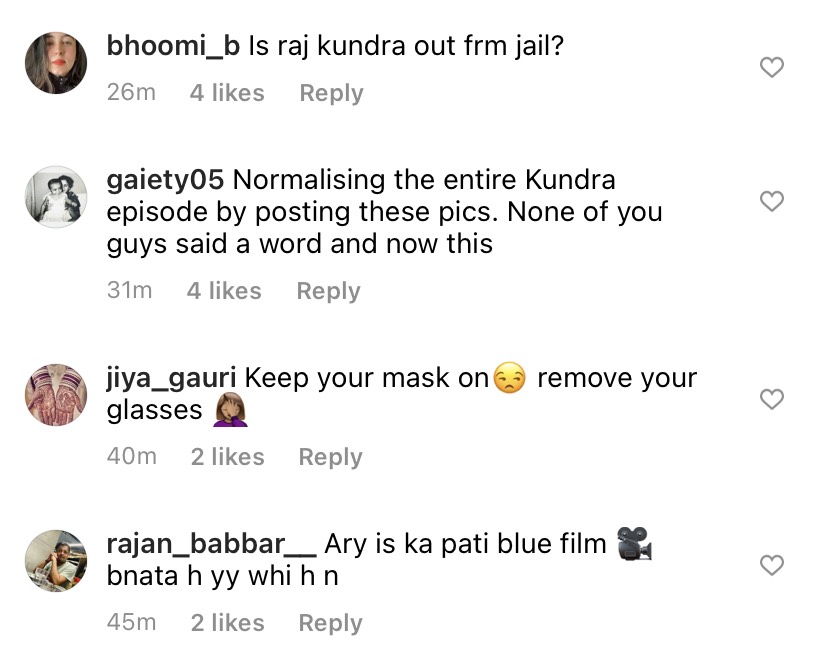 Happy Ganesh Chaturthi to Shilpa Shetty and her family!

Next Read: Konkona Sensharma Talks About Ex-Hubby And Haroon's Father, Ranvir Shorey And How They Co-parent