Bollywood’s 'khiladi', Akshay Kumar and the gorgeous actress turned writer, Twinkle Khanna's love story is nothing less than a fairytale.

Tagged as the original Khiladi of Bollywood, Akshay Kumar is a self-made superstar, whose stardom is untameable. On the other hand, his stunning wife, Twinkle Khanna is counted amongst the most prominent writers. And together, they are surely a deadly combination. While Akshay is one of the most bankable actors, Twinkle, daughter of veterans, Rajesh Khanna and Dimple Kapadia had quit the showbiz to follow what she loved more.

Recommended Read: When Dimple Kapadia Had Refused To Speak Anything Nasty About Her Ex-Husband, Rajesh Khanna

They are one of the most sought-after couples in the glamour world. But Akshay Kumar and Twinkle Khanna’s love story is nothing less than a Bollywood movie, where a film’s box-office success had decided their marriage. Akshay Kumar and Twinkle Khanna’s age difference is six years but they are poles apart in their nature. Yes, read on to know everything about their love-filled journey.

How did Akshay Kumar and Twinkle Khanna meet 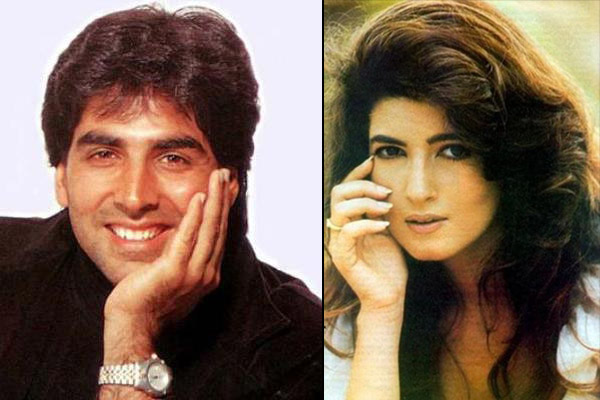 The two first met during a shoot for Filmfare magazine, in Mumbai, where Akshay developed an instant crush on Twinkle. In one of his interviews with Filmfare, the actor confessed the same and said:

I met Twinkle for the first time during a photo session with Jayesh Seth for Filmfare. I still have that photograph. Thank you Filmfare! It was in 2000 when Twinkle Khanna and Aamir Khan starrer Mela had released and though the film had turned out to be a flop, it definitely changed the life of Bollywood’s Khiladi, Akshay Kumar.

On an episode of the popular TV show, Koffee With Karan, Akshay revealed that Twinkle was very confident of her upcoming release, Mela, in 2000. She was certain that it would do well and told him that in case the movie fails to create magic at the box office, she would marry him. Luckily for them, the movie flopped, and soon they got married. 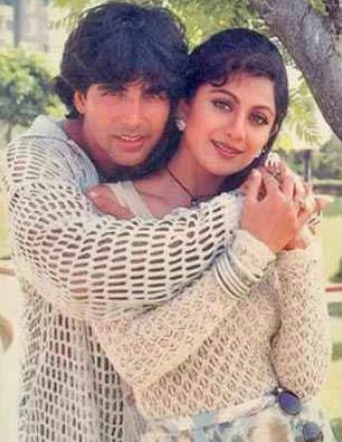 There is no doubt to the fact that Akshay Kumar can make any girl go weak in her knees. The actor, who is in his 50s, was known as the Casanova of Bollywood in his earlier days. Akshay Kumar’s affairs were a topic of discussion. He was linked to Rekha, Raveena Tandon, Shilpa Shetty, Pooja Batra, Ayesha Jhulka, Priyanka Chopra and Katrina Kaif. 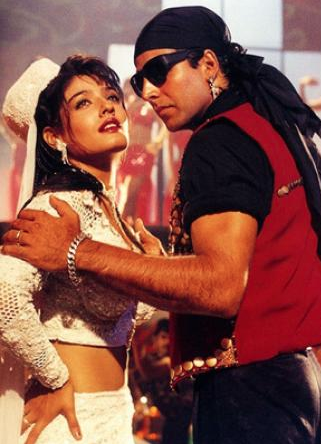 Out of all his linkups, Akshay Kumar’s alleged affair with actress, Raveena Tandon had garnered huge limelight. Akshay and Raveena had become friends during the shooting of Mohra and within a year, they had started dating. After being together for three years, their fans were waiting for their wedding announcement. In a throwback interview in 1999, Raveena had revealed that Akshay had promised to marry her the day she will finish her last shoot. There have been rumours about their secret engagement. But Raveena was tired of his flamboyant nature and called it quits. Akshay Kumar and Twinkle Khanna’s marriage date was fixed for January 17, 2001, and on this day, the duo had an intimate low-key wedding. The two got married at their designer duo friends, Abu Jani and Sandeep Khosla’s residence, amidst a gathering of just 50 people, and that too in just two hours. Bollywood actor- Aamir Khan, politician- Amar Singh, renowned director- Dharmesh Darshan, were a few of the guests of this wedding. Since the duo had an intimate ceremony, there are not many pictures of Akshay and Twinkle’s wedding. Akshay Kumar and Twinkle Khanna's happily ever after Akshay Kumar and Twinkle Khanna are one of the best-looking couples we have in our country today and an inspiration to millions. And, as Akshay says, it was only because of Twinkle’s unfailing support that encouraged him to become a Bollywood star. She left her career as an actor and became a writer, interior decorator, entrepreneur, a homemaker, loving and caring mother and supporting wife. 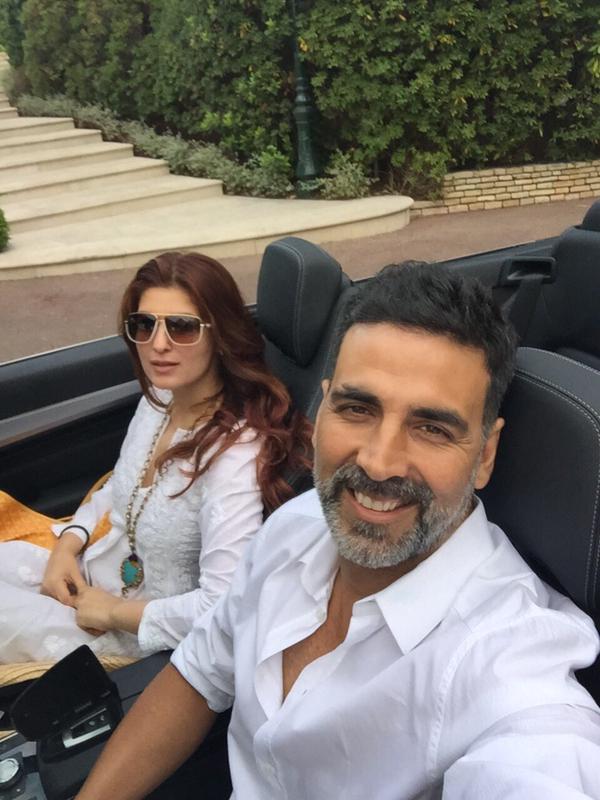 Talking about Twinkle Khanna’s profession, then she is one of the most loved writers. With excerpts from her personal life, she has charmed everyone with her wit. Her debut novel was declared as a bestseller and Twinkle had gotten her pen name, Mrs Funnybones. On Koffee With Karan, Akshay also talked about the secret behind their strong relationship. The actor told:

We keep on discovering new things about each other because we are so different. We are poles apart.

Well, isn’t that what makes two people more compatible as a couple? It surely is!

Also, on being asked about the one decision that changed his life, his answer surely made all the viewers go aww! He said:

The one idea that changed my life was the day I decided to get married to my wife.

And in one of his interviews with HT, he also said these beautiful things for his wife:

Tina (Twinkle) is my best friend. My wife is the best person any man could wish to wake up next to. She holds me up when I’m falling, and puts me down when I’m flying. She makes me laugh when I’m sad, and moans when I am sitting idle. Tina is everything for me. She is my reality check.

And, even Twinkle is no less when it is about praising her darling husband. She once mentioned in one of her interviews about how Akshay always believed in her and supported her, especially when she decided to switch her career:

He really believes in my capabilities as a person and that gave me a lot of confidence to switch jobs. Even today, if I do something new, he ensures he is a part of it. For instance, I have been writing a weekly column in a newspaper since a year now (the interview was conducted in September 2014), but he still reads all my pieces before I submit them.

When Akshay had turned 50 in 2017, he had recalled the best birthday gift he received from his wife, Twinkle. Revealing that more than the gifts, he cherishes the moments spent with her and had said:

I will never forget the Harley Davidson my wife gifted me, but actually it’s always the family holidays that I cherish the most. You can’t take money or possessions to the grave — only memories and a lifetime of love and happiness. No gift will ever replace the time we spend together, my wife could buy me an island, but I’ll still just want to walk on Juhu Beach (in Mumbai) holding her hand — something we do for free whenever we want, but to me that’s what I call magic. Akshay and Twinkle's Juhu house is everything magical. It opens up in a beautiful lawn that overlooks the Arabian sea. Being an interior designer herself, Twinkle had decorated her home with things that have stories. 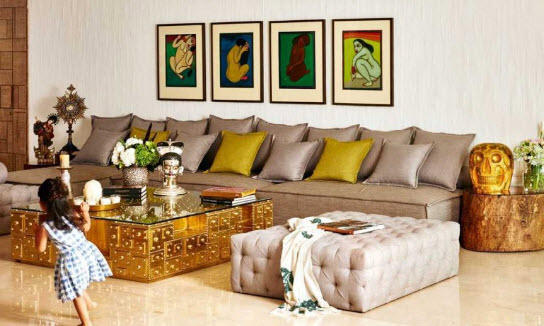 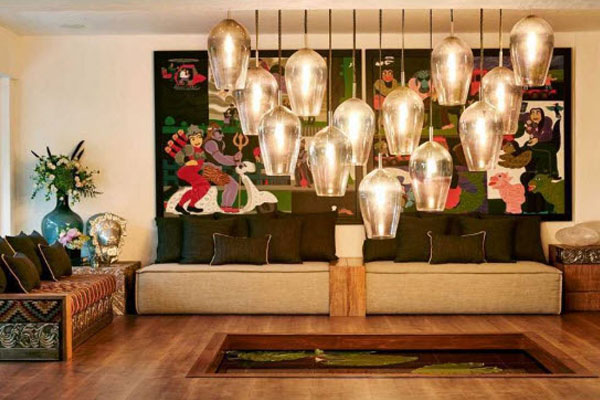 From the lush green orchard, cosy pond in the middle of the living room, walk-in closet, Italian style sofas, European sculptures, feminist paintings, to a mango tree, Akshay and Twinkle’s home is nothing less than a paradise. 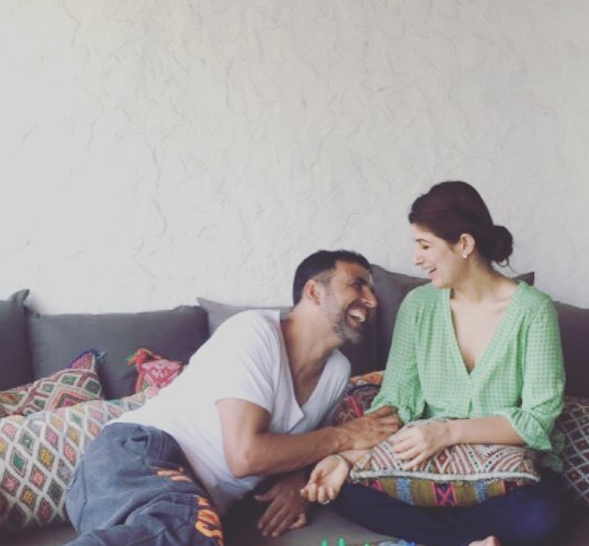 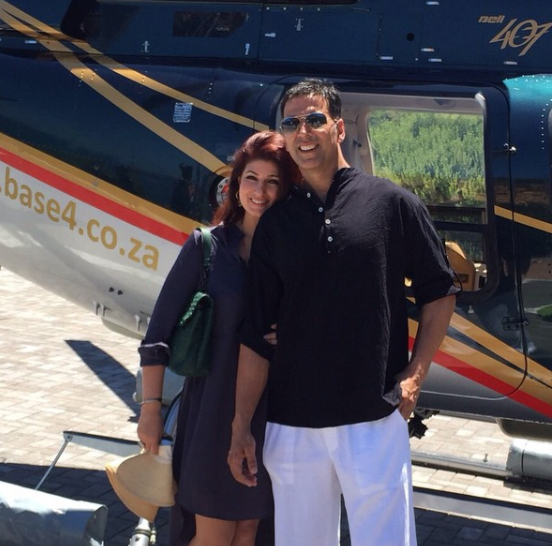 Akshay Kumar and Twinkle Khanna have always given us some major couple goals. Their relationship is special, their love and understanding for each other have made them pass all the hurdles. They truly make an amazing and inspiring couple.

Next Read: When Shilpa Shetty Revealed That Akshay Kumar Used And Dropped Her After Finding Twinkle Khanna