The war of words between the recent ex-couple, Akanksha Puri and Paras Chhabra are still going on and this time around, it is Akanksha, who has reacted on Paras’s recent comments. Find out! 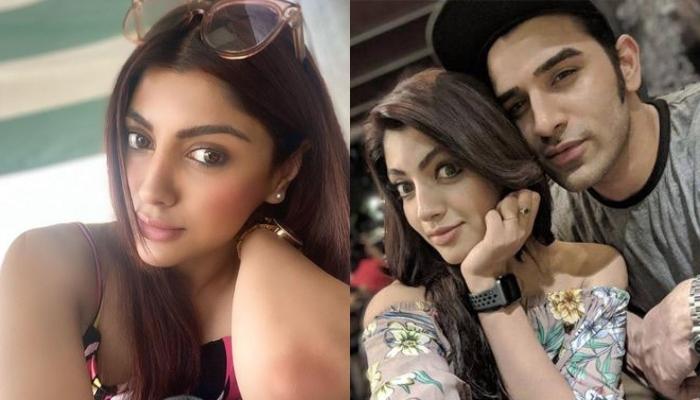 It’s hard to understand, whether it’s turning out to be a tradition or what. But it’s hard to understand, why the same two people, who were no less than angels when they were in a relationship, start having a rivalry more bitter than Jesus and Satan’s, to be honest. Well, jokes apart, it’s not easy to bring your lifeboat back to the shores after a thunderous breakup. You have to pick yourself, put a ‘no entry’ board inside your eyes for those unalarmed tears, and put on that happy smile on your face. But as people and quotes on Google say ‘Life goes on and you have to let it go with it.’ (Recommended Read: Jay Bhanushali Dances With The Birthday Girl Mahhi Vij, Daughter Tara Gives Her Mommy The Best Gift)

However, it’s not all that simple in everyone’s case, for instance, let’s talk about the television industry’s most popular ex-couple, Paras Chhabra and Akanksha Puri. These two television celebrities, who were madly-in-love with each other, had separated this year and it was an ugly break-up. Since then, we have witnessed a lot of comments from both of them about each other’s career, choices, and character. This time around, it is Akanksha Puri, who has reacted on her ex-beau, Paras Chhabra’s comments about her in her recent interview.

In a recent interview with the India Forums, Akanksha was informed about Paras Chhabra’s recent comments about her, in which he accused her of using his name in interviews for publicity. On which, she said, “I don’t have an identity but you can see it’s ironic that the same Paras who claims that I am using his name for publicity, keeps taking my name in every interview, despite doing two reality shows back-to-back. He is still trending because of my name.” Moving further in the interview, Akanksha talked about an incident when the duo was in a relationship and was shooting for their show, Vighnaharta Ganesh. She revealed, “He is used to feeling insecure when people used to call him my boyfriend. He was very upset with the article and even called the editor and had a huge argument with her for the headline, as he said that earlier he was known as Sara (Khan)’s boyfriend and now he cannot take the tag of Akanksha’s boyfriend.” (Don't Miss: Asim Riaz Shares Girlfriend, Himanshi Khurana's Dancing Video On Genda Phool, Says 'Nailed It Babe')

For those who aren’t aware of the lengths of their bitter breakup then they should know that Akanksha had covered-up her tattoo (which had Paras written on it) with two strong words and it is a proof enough that she is happy without him. Akanksha had shared an Instagram story, wherein, we had spotted her new tattoo. In the picture, we could see a bar code tattoo covering up her ex-boyfriend, Paras Chhabra’s name. And on top of it was written, 'Being Me'. Take a look.

In an interview with the Bombay Times, Paras had opened up on his breakup with Akanksha and had said, "My relationship with Akanksha Puri was in its last leg before I entered the house. We were having problems from the past few months. When I was entering the show I told Akanksha, we will discuss these issues after the show is over. I don’t understand why she is claiming that she was sending my clothes and handling my flat and bank accounts? Akanksha knew that things are getting over between us and it was not because I had gotten a show that I was planning to break up with her." (Also Read: Drashti Dhami's Birthday Wish For The 'Love Of Her Life', Niraj Khemka Is Filled With Couple Goals)

What do you make of this war of words between Paras and Akanksha? Let us know! 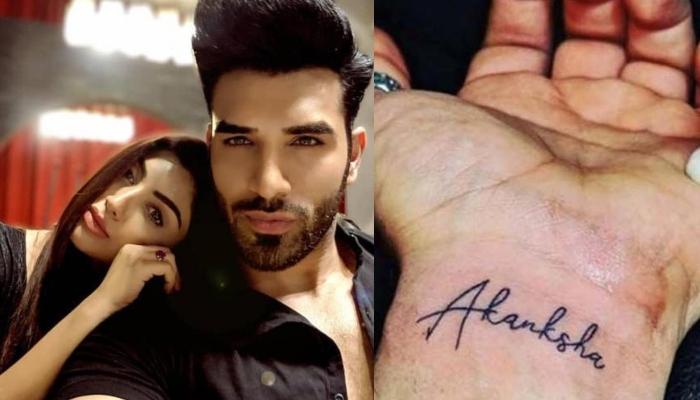