Love blossoms when it is least expected. You never know when that one person will turn out to be the most important person in your life. As Shah Rukh Khan said in Kuch Kuch Hota Hai “Pyar dosti hai ... agar woh meri sab se achchi dost nahin ban sakti, to main usse kabhi pyar kar hi nahi sakta ... kyun ki dosti bina toh pyar hota hi nahin ... simple, pyar dosti hai” It is often true that you end up loving a person who is your friend first. For most of us, friendship turns into love and sometimes into an epic love story that will be cherished for long. (Recommended Read: Quarantine Updates: Disha Patani Makes A Hillarious TikTok Video, Beau Tiger Shroff Falls Laughing!)

We have seen many such friendship-turned-into-love stories in the reality TV show, Bigg Boss. The show has given us many jodis that we drool over. While some couples ended up marrying each other, there were couples who ended up calling it a split, yet leaving a special memory in their fan’s hearts. Prince-Yuvika, Gauhar-Kushal, Kishwer-Suyyash, and now Asim-Himanshi, we had seen some really cute love-stories over time. Asim Riaz and Himanshi Khurana are a classic example of friends-turned-lovers, as we have seen in Bigg Boss 13. While Asim Riaz could be seen wearing his heart on his sleeves for Himanshi Khurana, the Punjabi actress always refuted his love, until the end of the show. And now post the show, “Asimanshi” have been giving some aww-worthy moments to their fans every now and then. 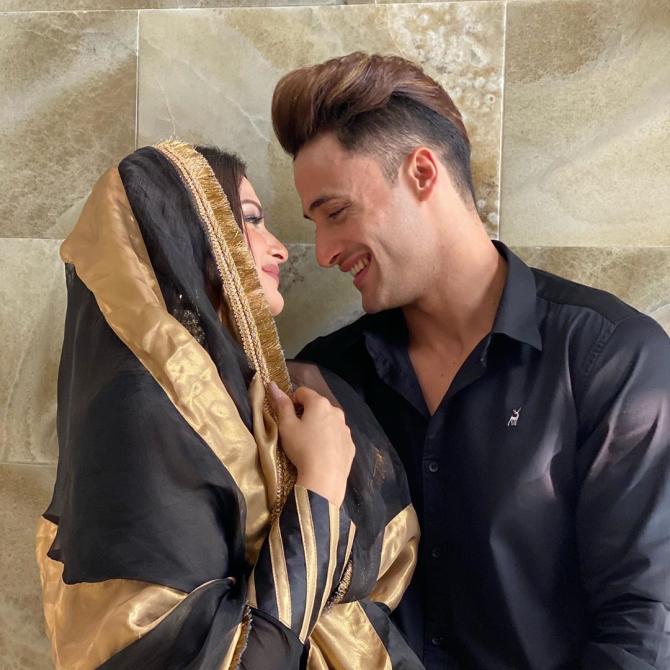 Recently, Bigg Boss 13 runner-up, Asim Riaz shared a video of his girlfriend, Himanshi Khurana dancing to Badshah’s new single, Genda Phool. The model-turned-actor, Asim, took to his Instagram stories to share a video of his ‘babe’ dancing. In the clip, Himanshi can be seen all dressed up in a dark green lehenga as she re-iterates, Jacqueline Fernandez’s dance moves from the song. Asim could not stop, but captioned the story as “Nailed it babe”. Check out the video below.

The two have also featured in a music video titled Kalla Sohna Nai, sung by Neha Kakkar and has more than 35 million views on YouTube till now. Their chemistry has been loved by the couple’s fans, making it a trending video for a long time. 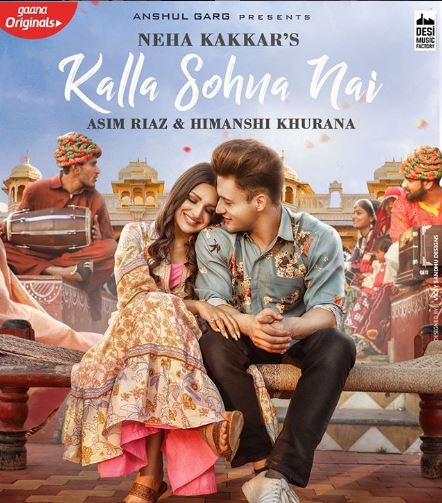 While Asim had proposed his ladylove on the reality show Bigg Boss only, as he went down on one knee and had proposed her for marriage. Himanshi on the other hand, had accepted his proposal towards the end of the show when probed by the show’s host, Salman Khan. (You May Also Read: Hrithik Roshan Learns To Play Piano Amid Lockdown While Ex-Wife, Sussanne Khan Photobombs His Video) The couple has been dating each other post the show. Earlier in an interview with SpotboyE, Himanshi had admitted her relationship with Asim, and had said, "Yes, we are dating!" She had further shared that she had met Asim's family, "Yes. I met them, It was a great experience. It was only because of the show- everyone feels people are fake inside, isliye woh itna confusion aur miscommunication ho raha tha. Jab tak aap bahar aake baat nahi karte, tab tak cheezein clear nahi hoti. Now, it's all good." Himanshi had also opened up on the age difference between her and Asim, as Asim is 2 years younger than her. She had said, "It doesn't matter anymore. What is important is that people love each other. Look at Priyanka Chopra Jonas and Nick Jonas!" (Also Read: Charu Asopa And Rajeev Sen Trolled For Posting Their 'Too Private' Pictures On Instagram By Netizens) 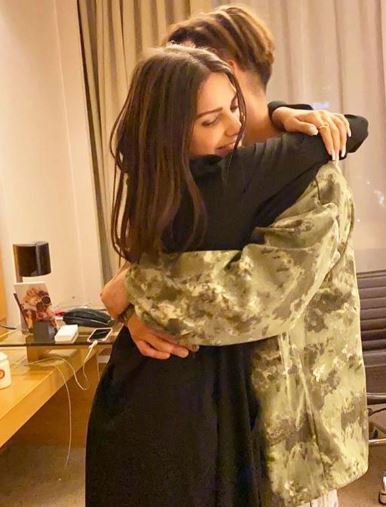 Well, with all this love, we have been loving the PDA moments between Asim and Himanshi! What about you? 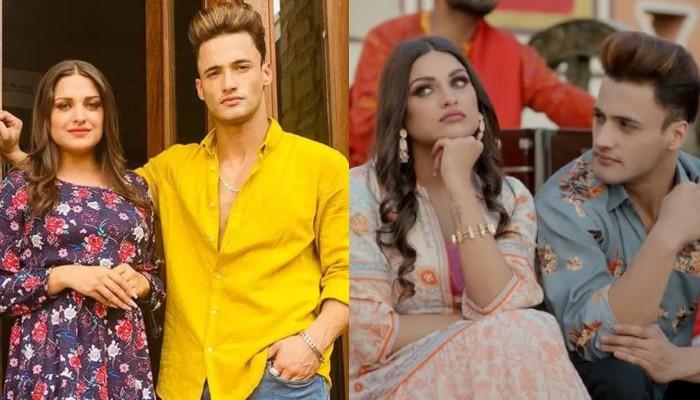 Just like every other season of Bigg Boss, season 13 had also witnessed and treated their fans with a mesmerising love story as actor-model, Asim Riaz had fallen for the beautiful wild card contestant, Himanshi Khurana. Little did the super ambitious boy, who had the dream of lifting the winner's