Ajay Devgn and Kajol Devgan are a perfect example of opposites attract. Recently, the actor shared a 22-year-old throwback picture with his wife, Kajol and we are loving it. 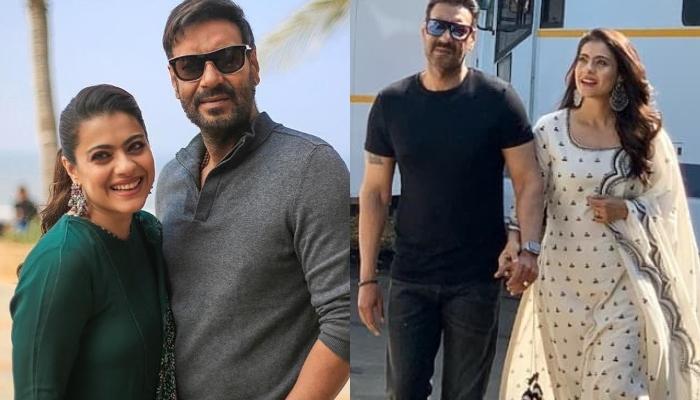 Marriage according to the Oxford dictionary can be defined as a formally recognised union of two people, who accept each other as partners. But in reality, marriage is all about arguing on random stuff and forgetting the big fights over a cup of hot tea. You tend to start living happily with the chaos of your partner, you make peace with their snoring habits and in no time you both become each other's irreplaceable part. And an exactly similar relationship brewed 22-years-ago when Bollywood actor, Ajay Devgn had tied the knot with the sassy diva, Kajol. (Recommend Read: Karan Johar Talks About Keeping His Twins, Yash And Roohi Away From Falling Into Stereotypes)

In the film industry, marriages come with an expiry date. A fling becomes the main reason of celebrity divorces. But Ajay and Kajol's love story is an exception. While many thought that their marriage won't last long, the duo shut all those notions and came out as one strong couple. The duo had a love marriage and no one could believe that Kajol had fallen for Ajay, who was called an introvert. On February 24, 1999, Kajol and Ajay had tied the knot.

Currently, we all are under lockdown because of the COVID-19 outbreak. Life has come to an abrupt pause and no one knows how many more days or months will it take for us to get back to normal. It seems like we have been under lockdown for years and that's what Ajay Devgn is feeling. On May 8, 2020, Ajay took to his Instagram handle and shared a 22-year-old picture with his 'darling wife', Kajol. The monochrome picture is a still from one of their movies together. Alongside it, Ajay wrote, "Feels like it’s been twenty-two years since the lockdown began. @kajol." Check it out below: 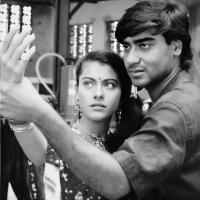 Kajol and Ajay are one of the perfect couples of the Tinseltown, who try and stay away from the rumours and speculations. In an interview with Humans Of Bombay, Kajol had talked about her love story in detail. She had shared her first meeting with Ajay and had said, "We met 25 years ago, on the sets of Hulchul–I was ready for the shot & asked, ‘Where’s my hero?’ Someone pointed him out–he was broodily sitting in a corner. So 10 minutes before I met him, I bitched about him! We began talking on set & became friends. I was dating someone at the time & so was he–I’ve even complained about my then-boyfriend to him! Soon, we both broke up with our significant others. Neither of us proposed–it was understood that we were to be together. It went from hand-holding to a lot more before we knew it! We used to go for dinners & so many drives–he lived in Juhu & I, in South Bombay, so half our relationship was in the car! My friends warned me about him–he had quite a reputation. But he was different from me–that’s all I knew." (Also Read: Nisha Rawal Slams Trolls Who Belly-Shamed Her By Asking If She's Pregnant, Proudly Flaunts Her Belly) 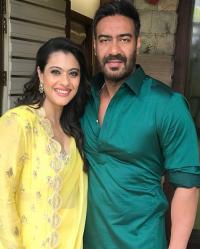 The actress had further revealed how her father wasn't happy with her decision of marrying Ajay, "We’d been dating for 4 years, when we decided to get married. His parents were on board, but my dad didn’t talk to me for 4 days. He wanted me to focus on my career, but I was firm & he eventually came around. Again, there was no proposal–we just knew we wanted to spend our lives together." (Don't Miss: Abhishek Shares A 1981 Video, When Big B Had Introduced Him And His Shweta 'Di' To The World) 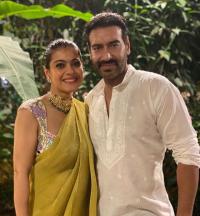 Well, we all can relate to Ajay's emotions!