Ajay Devgn is happily married to B-town diva, Kajol. The couple is proud parents to Nysa Devgan and Yug Devgan. Scroll down as the concerned father talks about constant scanner on them. 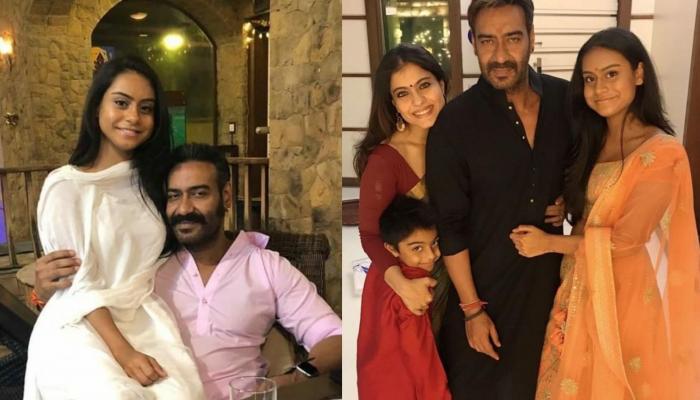 Right from Vijaypath, Diljale, Gangaajal, Omkara, Drishyam, Dhamaal to Golmaal and Singham franchises, Ajay Devgn has only been impressing audiences and critics with the choice of his diverse roles and different projects. The actor who was last seen in De De Pyaar De, has only been riding the ladder of success with each of his film release. He will next be seen in the period drama, Taanaji: The Unsung Warrior and if we go by the rumours, another Golmaal movie is also said to be in the pipeline.

While Ajay has garnered so much love from his fans and he is a little worried about the constant scanner that his kids are under all the time. Ajay who is a happily married man with B-town diva, Kajol, with two kids, Nysa Devgan and Yug Devgan, has time and again expressed his concerns regarding the constant radar around his kids. On the similar lines, in a heart-to-heart conversation with the IANS, Ajay yet again talked about the same. (You May Like: Akshay Kumar And Twinkle Khanna Showered Son, Aarav With Heartfelt Wishes On His 17th Birthday)

When Ajay was asked about his take on Hollywood star Ben Affleck’s statement that he doesn’t want his kids to pay price for his fame, to this, Ajay agreed, but said that it is not possible in reality. The father of the two was quoted as saying, "I do (agree with him). But can it be possible? I don't know if that can be possible.” And when further he was probed as to if the constant spotlight on Nysa and Yug bother him, he replied, "It does hinder me. But I think kids are also sensible that if they inherit so many positive things from their parents, there will be some negatives also.”

In the same interaction, Ajay also talked about his career graph and the fact that he never had to struggle. He was quoted as saying, "Luckily, I never had to go through struggle in my life. Everything just fell in place. The thing I learnt from my journey is to work hard. I don't get carried away by success too much or bogged down by failure.” And how does he detach himself from his stardom? Ajay remarked, "I don't think about it. I don't care about it. I don't go out much. I don't show my power. I think both (Kajol and him) don't care about it. We are happy in our space.” (Also Read: Sushmita Sen Sizzles In Black Bikini With White Shrug In Her Latest Ocean Holiday With Rohman Shawl)

Expressing his concern over the brewing paparazzi culture, which he considers is not good for any celeb kid, Ajay had once averred, “I don't know what kind of people these are and because of them, we are paying the price. I request the paparazzi to at least leave the children alone. Why are they paying the price for their famous parents? I don't think any child is okay with paparazzi. They want their space. They want to not dress up every time they step out, so it's very sad when such things happen.”

Talking about his kids and the constant scanner over them and the ones who try to troll them, Ajay has earlier also shared his views. In an interview with the Deccan Chronicle, Ajay stated, "Jo bhi yeh karte hain, unka mindset bakwaas hota hai (The mindset of people who do these things is rubbish). So we too, don't bother about all that, nor do we pay any heed to such nonsensical comments made through fake identities." (Do Check: Rajeev Sen Shared 'Getting Ready' Trailer From Wedding, Charu Asopa Sen's Reaction Is Priceless)

Addressing the same in an earlier interview with the IANS, Ajay Devgn had shared his angst as his kids have to go through such harsh trolling. Ajay had said, "Judge me but don't judge my kids. Kajol and I are the actors, judge us...it's because of us, our children are under the spotlight every time. Being judgmental about someone is not a good thing. If I start passing judgement on someone, that person would obviously feel bad...so do my children. Honestly speaking, those people don't really matter. But I feel bad sometimes when my kids go through such harsh trolling."

What do you guys think about Ajay’s concern for his kids? Do let us know! 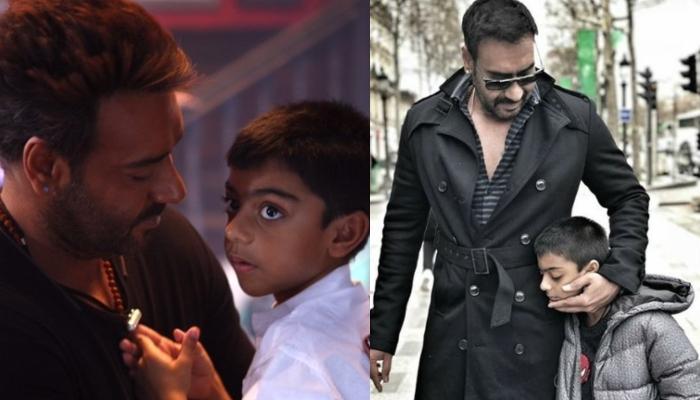 Birthdays are always special and bring a lot of emotions. And when it is your little one’s birthday, then the excitement goes to another level. You make sure to give them the best birthday gift and do everything to make their day special. From planning a birthday party to sharing an