Ranbir Kapoor has not only been a major crush of all the girls in the world but also B-town diva, Alia Bhatt. But apart from Alia, there's another star-kid who had a 'crush' on B-town's Bunny.

Coming from the first family of Bollywood, Ranbir Kapoor was undisputedly the ‘it boy’ of B-town took the audience by storm with charming looks and energetic persona. And with his journey from being a clueless boy who's struggling to find his feet in the real world (Wake Up Sid) to giving voice to an entire generation that dreams of seeing the world (Yeh Jawaani Hai Deewani) and perfectly describing the quarter-life crisis that many of us go through (Tamasha), Ranbir Kapoor has proved that he is not just another ‘star kid’ and he rightfully deserves to be where he is. (Also Read: Amitabh Bachchan Reveals How Dynamics And Roles Changed After Aishwarya Rai Came Into Their Family)

Ranbir Kapoor is one such actor in the film fraternity who is willing to take risks in his roles, unlike his contemporaries who prefer to play safe. The once star-in-the-making is now a star, who every director yearns for their film. Ranbir has not only been a major crush of all the girls in the world but also B-town diva and his present girlfriend, Alia Bhatt is a self-proclaimed RK fan who wants to marry him. But apart from Alia Bhatt, there’s another star-kid who had a ‘crush’ on B-town’s Bunny. And she is none other than Abhishek Bachchan and Aishwarya Rai Bachchan’s daughter, Aaradhya Bachchan. In an interaction in 2016 with Filmfare editor, Jitesh Pillaai, Aishwarya shared an incident wherein Aaradhya used to behave shyly around her Ae Dil Hai Mushkil co-star, Ranbir Kapoor and once the little one mistook RK to be her father, Abhishek and hugged him from behind. 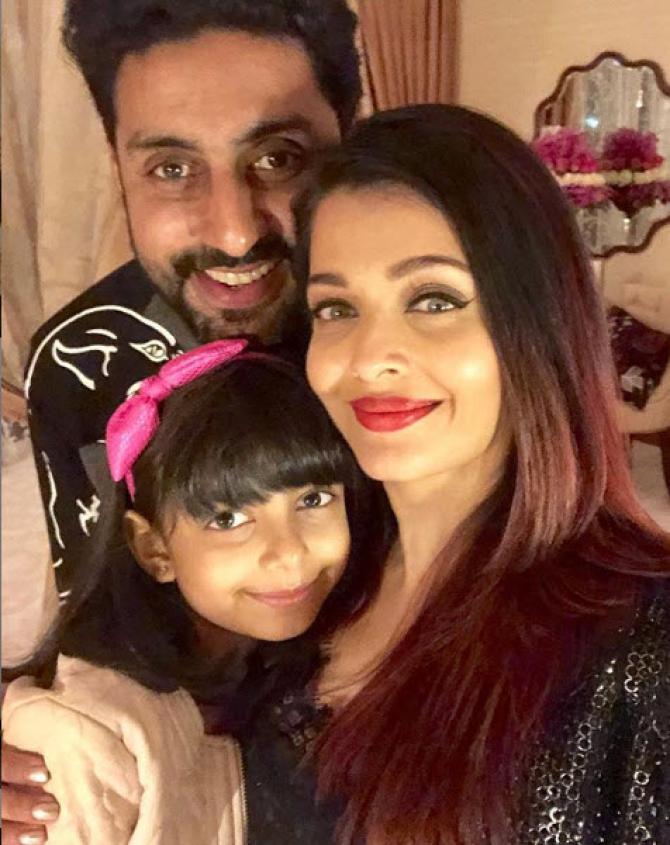 Aishwarya Rai Bachchan had said, “Yes, he was like a buddy on the set of Aa Ab Laut Chalein. Akshaye (Khanna) was also my buddy but he was in and out. He’s a sweetie but he has his own moods. But Ranbir and I’ve enjoyed a friendship, which continues till date. The sweetest thing happened just the other day. We were shooting and when I FaceTimed Aaradhya, she gave Ranbir that smile. She knows him well. One day she just ran into his arms. Because he was wearing this jacket and cap like AB (Abhishek Bachchan) and he had the stubble. Thinking he’s AB, she hugged him and he was like ‘Awww’. Hiroo aunty (Johar) said, ‘Ranbir you’re a charmer’. But I understood what had happened. I asked her you thought he was Papa and she said ‘Yaaa’. Since that day she’s become a bit shy around him. Abhishek also teased Ranbir, ‘Hmmm… this one is crushing’. I told Ranbir this is so funny.” Reminiscing how she introduced Ranbir Kapoor to Aaradhya Bachchan as ‘Ranbir uncle’ and to which the little one resisted and said, ‘No RK!’, Aishwarya Rai Bachchan was quoted as saying, “I was nuts about your father and you’re the first one Aaradhya is reacting to as an actor with that shy expression. Life’s coming full circle. She likes the Tamasha song Matargashti. We did the steps of the song for her fourth birthday. On the set, I introduced Ranbir as ‘Ranbir uncle’ to her. He joked, ‘No RK!’ Twice she addressed him as ‘uncle’. But the other day, suddenly it was ‘RK’. We all laughed at that.” (Also Read: Taimur Ali Khan Asking For A Toy From His Nanny In This Unseen Video Will Make Your Weekend Happier) Aishwarya Rai Bachchan and Ranbir Kapoor worked as co-stars for the first time in 2016 for Karan Johar’s romantic drama, Ae Dil Hai Mushkil. Speaking about the experience of working with former Miss World, Ranbir had shared, “The experience has been great. Which actor wouldn’t want to romance her? It was a historic moment in my career when Karan [Johar; the film’s director] told me that he would be casting her. I thought she would say no and wouldn’t act with me.” He continued, “I have been friends with her since that time. When Aishwarya got married to Abhishek, I spent a lot of time with her during those days as well.” Ranbir Kapoor worked as an assistant director on the sets of Aa Ab Laut Chalen (1999), which starred Aishwarya Rai as the lead actor. Sharing a throwback picture when Aishwarya turned a muse for Ranbir, Neetu Kapoor wrote as her caption, “The great Artist at work #throwback #aaablautchalen #ranbir #ashwariya”. While Ranbir can be seen making a sketch of the oh-so-gorgeous former Miss World, Aishwarya can be seen sitting calmly on sofa posing for him. (Also Read: Esha Deol's Unseen Vidaai Video Of Crying Dharmendra, Emotional Deol Clan Will Leave You Teary-Eyed) Well, who doesn’t have a crush on Ranbir Kapoor? Right, girls? (*wink) When our crush becomes our partner for life and their families love us more than they love their child, life seems utopian! Both of you may have your own past, but what matters is how you shape your present with your one true love. That’s exactly how we would like