After her breakup with Salman Khan, Aishwarya Rai had parted ways with Vivek Oberoi too. And then emerged her link-up rumours with the business tycoon, Dhirubhai Ambani’s younger son, Anil Ambani. 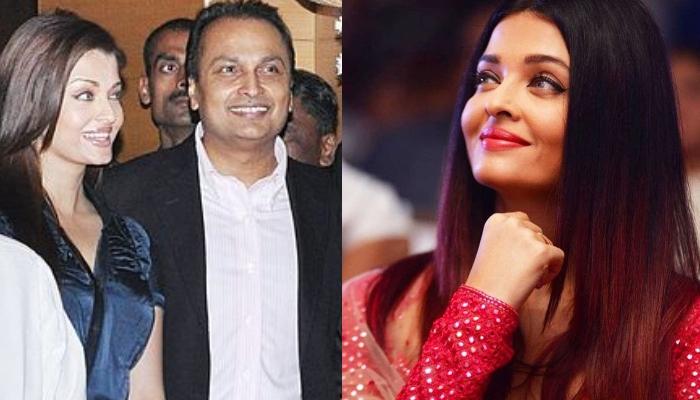 The year 1994 marked to be a special one for all of us as a 21-year-old girl from Mangalore had made the nation proud by being crowned as Miss World. Undoubtedly, she is the most beautiful woman in the world and with every glance at her, we could easily say ‘Aur Pyaar Hogaya’.

From a Tamil film, Iruvar to Fanney Khan, from being the first Indian star to become a member of the jury at Cannes Film Festival to being awarded numerous accolades, including two Filmfare Awards, the Padma Shri by the Government of India in 2009 and the Ordre des Arts et des Lettres by the Government of France in 2012, Aishwarya has managed to slay over and over again. (Also Read: Kareena Kapoor Reacts To 'Mean, Nasty Gossip' Of Her Dating Hrithik Roshan In A Throwback Interview)

Married to Abhishek Bachchan and mother of Aaradhya Bachchan, Aishwarya Rai Bachchan is managing her personal and professional life with ace. But before marrying Abhishek, Aishwarya had her own share of broken relationships and dating rumours in the media. Be it Rajeev Mulchandani, Salman Khan or Vivek Oberoi, a lot had been written about Aishwarya’s love affairs. But there’s one alleged relationship of hers, that hardly anyone talks about.

After her breakup with Salman Khan, Aishwarya Rai had parted ways with Vivek Oberoi too. And then emerged her link-up rumours with the business tycoon, Dhirubhai Ambani’s younger son, Anil Ambani. Aishwarya is known for maintaining her dignity while speaking about her personal life to the media and she had hardly addressed her link-up rumours. But when she was asked about the dating speculations with Anil, it had infuriated her. (Also Read: Love Story Of Anil Ambani And Tina Munim)

In a throwback 2004 interview with The Times of India, when Aishwarya Rai was asked to comment on her dating rumours with Anil Ambani, she had stated, "I sit back and wonder why my name is used all the time to garnish something. When I learned of it, I went through a mixture of emotions. I rarely meet him. The last we met was at Bharat Shah's birthday bash, and we were sitting at a table with Tina and others. I was taken aback. I was also shocked to learn that I had a prenuptial agreement of crores of rupees with him. Hello, is it me they are talking about?" (Also Read: Abhishek Bachchan And Aishwarya Rai Bachchan's Combined Net Worth, She Owns A Ring Worth 70 Lakh)

Speaking about her professional front and the new challenges in life, Aishwarya Rai was quoted as saying, "I'm adding new experiences to my life. I'm busy with work, tours and ads. New challenges are up my alley all the time." Refuting to talk about her breakup with Vivek Oberoi, Aishwarya had continued, "Have I ever spoken about my personal life? People want me to react to their assumptions and I shall not be a partner to this." And her plans for marriage, Aishwarya had clarified, "I'm living the moment now. Life will unfold what it has in store."

In an explosive throwback interview with The Times of India, Aishwarya Rai had revealed many shocking reasons behind her breakup with Salman Khan. She had shared, “Salman and I broke up last March, but he isn't able to come to terms with it. After we broke up, he would call me and talk rubbish. He also suspected me of having affairs with my co-stars. I was linked up with everyone, from Abhishek Bachchan to Shah Rukh Khan. There were times when Salman got physical with me, luckily without leaving any marks. And I would go to work as if nothing had happened.”

Moving on, Aishwarya Rai added Bachchan to her name in 2007 when she had tied the knot with Abhishek Bachchan and is living her happily ever after with him and their daughter, Aaradhya Bachchan. The Chairman of Reliance Group, Anil Ambani is happily married to Tina Ambani and is a proud father of two sons, Jai Anmol Ambani and Jai Anshul Ambani. (Also Read: Pooja Bedi Feels Her Ex Aditya Pancholi Left Her Because He Wanted To Reconcile With His Wife Zarina)

Did you know about Aishwarya Rai’s link-up with Anil Ambani? Let us know!