Aishwarya Rai Bachchan looked like a fairy in a white gown in Rome for an event. She couldn't stay away from Aaradhya and Abhishek and called them to the stage during an event. 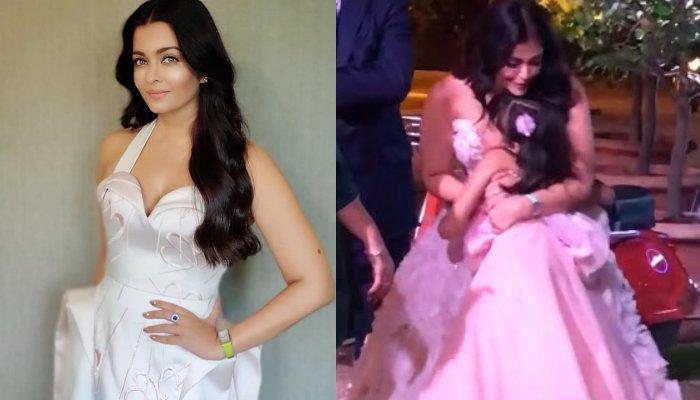 Who needs a super-power when you already are a woman? There is no greater gift in this world than being a woman! Have you ever noticed our moms tirelessly working 24*7, thinking about everybody’s well-being except her own, managing professional and personal commitments with the same zest without uttering a single ‘ufff’ from her mouth? We bet, it’s the same thing with celeb mommy, Aishwarya Rai Bachchan who not only manages work seamlessly but also ensures that her family life runs smoothly. (Do Read: Pulkit Samrat Celebrates Rumoured GF, Kriti Kharbanda's Birthday, His Gift For Her Is Unimaginable)

Aishwarya Rai Bachchan is all set to enter the 46th year of her life with a bang and is currently in Rome with daughter, Aaradhya Bachchan and hubby, Abhishek Bachchan. While more details about her birthday await, the beauty posted a couple of pictures of herself, looking like a vision in white. Aishwarya looked like a fairy in a white, halter gown, she teamed with a pair of diamond studs, neon watch and a sapphire ring and need we say more what a sight to behold, Aishwarya’s pictures are? Take a look and decide for yourselves: 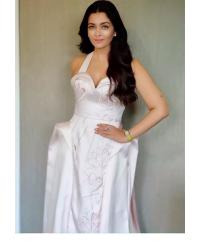 While you still can’t stop adoring Aishwarya Rai Bachchan, here is something that will make you blurt out a big loud ‘awww’! A video posted on HELLO! Turkiye’s Instagram page had Aishwarya on the stage, standing with an array of people by her side. As soon as she spotted her daughter, Aaradhya Bachchan, she called her to the stage, introduced her to people standing near her, gave her a huge peck and caressed her hair. She later, called ‘baby’, Abhishek Bachchan on the stage too! Here is the adorable video:

Isn’t it adorable? Aishwarya Rai Bachchan is all set to ring in her 46th birthday tomorrow (November 01, 2019) and we are waited with bated breath to see what her hubby, Abhishek Bachchan has in store for her. About the same, a source had shared with the Mid-Day, “On Sunday, the Bachchans hosted a grand Diwali bash at home that went on till the wee hours of the morning. After a round of merry-making last night, Aishwarya, Abhishek and daughter Aaradhya will leave for Rome tonight. The doting husband has planned a week-long holiday, which will be a mix of business and pleasure. Aishwarya has an event lined up in the Italian capital on October 30 to mark her 20-year association with a Swiss watch brand.” (Must Read: Sania Mirza And Shoaib Malik Host Their Son, Izhaan Mirza Malik's First Birthday Bash In Dubai) 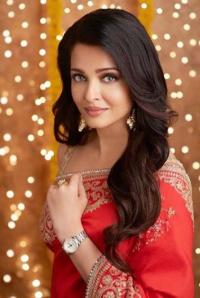 Further talking about all the ‘special plans’ that Abhishek Bachchan already has in store for his beautiful wife, Aishwarya Rai Bachchan, the source had shared with the same portal, “It will be a dual celebration as the brand officials have arranged a special birthday gala for her, with Abhishek and Aaradhya in attendance. After that, the trio will explore Rome and possibly the Vatican City over the next three days. He has already zeroed in on an exotic venue where they will ring in Ash’s birthday on the night of October 31. Last year too, he had hosted a surprise birthday bash in Mumbai after which the trio headed to Goa for a getaway. Before they dive headlong into work, the couple will organise an intimate party for their friends on their return to the bay.” 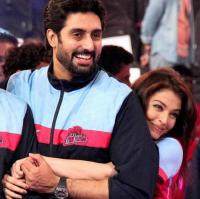 Wow, that sounds like quite some plan! It was on April 20, 2007, when the world got one of the ‘IT’ celeb couples of all time, Aishwarya Rai Bachchan and Abhishek Bachchan. To celebrate the same, the couple along with their little daughter, Aaradhya Bachchan, has flown down to the Maldives. As the clock struck 12 on the befall of their anniversary night, Abhishek Bachchan took to Instagram and posting a picture of his ‘most beautiful woman in the world’, Aishwarya Rai Bachchan, had written a quirky anniversary post for his wife. (Also Read: Amitabh Bachchan Posts Unseen Diwali Pictures Of Jaya, Abhishek, Aishwarya, Aaradhya Performing Puja) 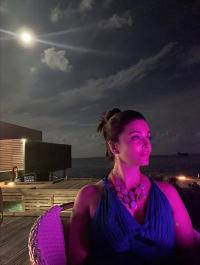 With a pink light falling on her, hair tied in a top bun, wearing a blue maxi dress with complementing neckpiece, and the moon and sea in the far horizon, the picture that Junior Bachchan had shared was a treat to the eyes! The caption could be read as “Honey and the moon. @niyamamaldives #niyamamaldives #edge.” But the cutest thing was Aaradhya Bachchan turning paparazzi for her star parents! Aishwarya too had taken to Instagram and posting a picture of the both of them sitting together, had written, “Our Togetherness captured by The Divine Light of Our Lives LOVE YOU AARADHYA.”