Amrita Puri, who rose to fame after her Bollywood movie, Aisha and hubby, Imrun Sethi are contemplating to end their two years of blissful marriage. The Duo is having trouble in their wedding. When you take the holy seven vows at your wedding, you promise each other eternal love, respect, understanding and promise to be by each other’s side through thicks and thins. When a couple takes the brave decision of entering the bandwagon of the happily married couple, they start to think of everything perfect and how they will enjoy every moment together. The thought of ‘getting old’ together brings jitters to a couple and on their wedding day, they pledge to be by each other’s side for their entire life. When Bollywood diva, Amrita Puri had decided to tie the knot with her boyfriend, Imrun Sethi, she must have gone through the same emotions. (Recommended Read: Neha Dhupia Reveals The First Word That She Taught Her Daughter, Mehr And The Reason Behind It)

Amrita Puri rose to fame when she portrayed the role of the girl next door, Shefali Thakur. She made everyone her fan by her simplicity and perfect screen presence. Amrita had tied the knot with her long-time boyfriend, Imrun Sethi, who is a restaurateur by profession on November 11, 2017, in a dreamy location of Bangkok. The pictures from their wedding were just magical. From their wedding location, décor to their wedding ensembles, everything was just surreal! Amrita had opted for a Sabyasachi Mukherjee lehenga for her wedding and had even gone to Croatia for her bachelorette party. 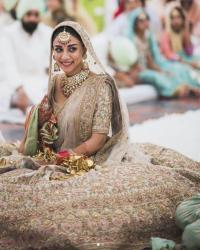 Gone are the days, when couple would stick to each other for the sake of societal pressure or for sake of ‘log kya kahengey.’ It’s better to move out of a relationship/marriage if you are not happy with the same and if reports are to be believed, Amrita did just the same thing. If the reports by SpotboyE are to be believed things are not going smooth between Amrita and her hubby, Imrun and the two are contemplating divorce. The rumours and speculations have sparked when Amrita was missing from the launch of her husband, Imrun’s European restaurant in Mumbai. The duo has even stopped posting pictures together on their social media handles. (Suggested Read: K.G.F Star, Yash Celebrates His Birthday As He Cuts A Cake Of 5,700 Kgs With Ayra And Radhika) 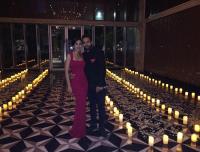 A source close to Amrita Puri told SpotboyE that constant fight and arguments between the couple became irritating and that’s the reason why Amrita moved to her parent’s house a year ago. As per the source, Amrita couldn’t take it anymore and realised that all these regular arguments and fights were affecting her. Amrita’s parents and Imrun’s sister, Guneet Sethi even tried to initiate a patch up. Despite various attempts of reconciliation, nothing worked out for the couple and Amrita decided to end the relationship. 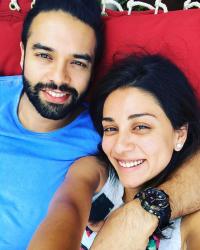 On November 15, 2017, Amrita Puri had taken to her Instagram handle and has shared a picture from her ‘Anand Karaj’ ceremony. She had captioned the post as “Thank you to my friends and family for the immense love and warmth that made this moment everything I dreamt of and more! I’m one lucky girl! Here’s to new beginnings.” 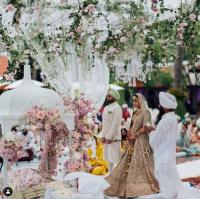 Amrita Puri is an ardent social media user and loves posting her life updates on her Instagram handle. Apart from her life updates and pictures, she had been reposting and posting her husband, Imrun Sethi’s hotel pictures and appreciating the same. Her captions could be read as “Indo- European paani Puri and fish tacos for lunch at the all new @terttuliabistro in Baner. Well done @imrunsethi”, “This is what I call a morning well spent! Gluten free organic coconut flour and dark chocolate chip pancakes for breakfast. For @sandymridul who calls me toothpick. Also thank you @imrunsethi for these amaze dark chocolate chips.” (Must Read: Kangana Ranaut's Brother Aksht And His Fiancee, Ritu All Set To Tie The Knot On This Date) 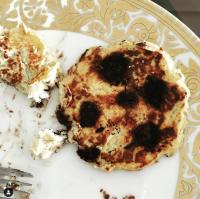 Well, guess we will have to wait for Amrita Puri to comment on the news of her divorce.