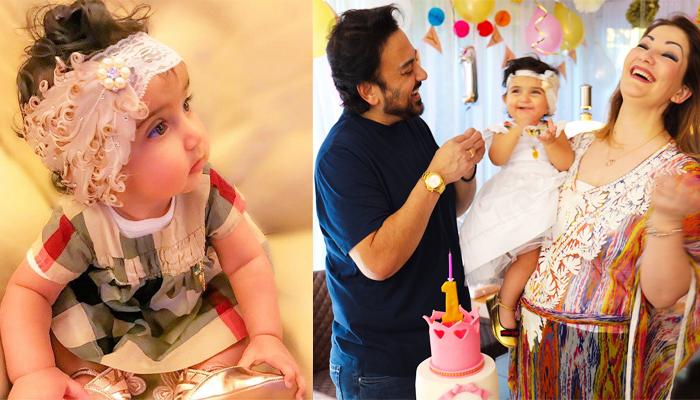 Last year, on May 09, 2017, singer Adnan Sami and wife, Roya Faryabi (Roya Sami Khan post-marriage), became proud parents to their baby girl, Medina. And as per reports in the IANS, Adnan and Roya are currently in Germany, and the couple celebrated their daughter’s birthday there itself yesterday, i.e May 09, 2018. (Also Read: Sonam Kapoor Ahuja-Anand Ahuja Share An Unseen Pic From Their Wedding With A Romantic Caption)

In the most heartening post any father could write for her daughter, Adnan wished Medina her first birthday and shared a lot of pictures from the celebrations. He wrote, “I know that God truly loves me. By blessing me with an angelic daughter, He has given me the greatest reason to rejoice and find new meaning to life and the magnificence of His generosity & creation. My Medina jan is too little to read this but one day when she can InshAllah, she will know that today I was reliving every moment by the clock as to what we were doing at every minute till she entered this world one year ago.. She will also realise that a smile on her face means the universe to me. I belong to the world but she is my world!”. 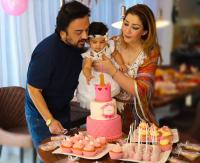 For his wife, Roya, he further added, “My dearest Roya jan, I can never thank you for the joy you have brought me by giving birth to Medina. Indeed time flies and I’m cherishing every precious moment as these moments happen only once”. (Don't Miss: Ranbir And Alia Entered Sonam-Anand's Reception Together, Adding Spark To Their Dating Rumours) 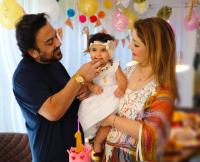 And for his fans, he wrote, “On this special day which marks our angelic Medina’s first Birthday, we thank you for all your love and good wishes for her and we request you to remember her in your prayers as that is the most important & beautiful gift she will ever have in her life.God Bless you all. Happy Birthday My Darling Angelic Princess Medina... Baba ki Jaan!!”. 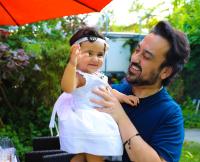 Wow! Isn’t this the sweetest message for Medina, and even for Roya? Dressed in a white frock, Medina is looking like a little angel. Her three-tier first birthday cake is as cute as herself. Check out a few more pictures from the celebrations that Adnan shared on social media: 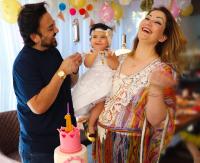 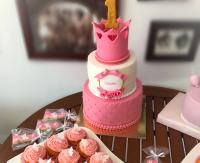 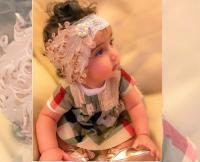 Last year, after Medina was born, talking to a media portal, Adnan revealed how the arrival of his little munchkin is a new inspiration his life. He said, “Medina is the most incredible thing that’s happened to us. Both Roya and I always wanted a daughter and she is already my lucky charm. I have found a new inspiration for my music through her and she is going to be the centre of my world”. 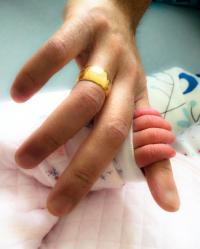 And to the Hindustan Times, he was quoted as saying, “She has lit up my life. I look at her in the middle of the night and feel that I’ve been blessed with the greatest joy I could’ve imagined. It’s an incredible feeling to see her smile or to carry her [in my arms]. I’ve become an expert in buying clothes for her. I’ve also been going crazy buying new accessories. So, I bought this T-shirt for her that reads, ‘I’m not allowed to date… ever”. (Don't Miss: Popular Television Actress And 'Ishqbaaz' Fame Nitika Mukherjee To Welcome Her First Baby)

For the uninitiated ones, Adnan Sami got married to Roya Faryabi on January 29, 2010. Roya is Adnan’s third wife. Earlier, he was married to the actress Zeba Bakhtiar with whom he has a son named Azaan Sami Khan. 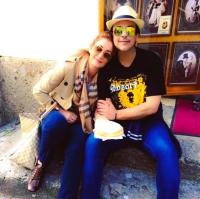 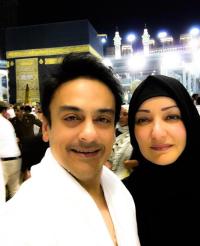 And finally, in 2010, Adnan married his current wife, Roya, an Afghan-origin German girl and daughter of a retired diplomat and army general. (You May Like: Kareena Kapoor Khan Dances To Hubby Saif's Famous Song 'Ole Ole' At Sonam's Reception, Must Watch) 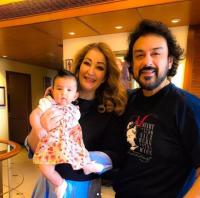 We wish Medina a very happy first birthday and an eternity of bliss for the family.

Next Read: Prince Narula Gets His Fiancee Yuvika Chaudhary's Name Inked In Hindi On His Body