Aditya Seal and Anushka Ranjan got engaged in an intimate ceremony on November 19, 2021. The bride-to-be looked ravishing in her mint green lehenga.

Student Of The Year 2 actor, Aditya Seal is all set to tie the knot with his 4-year-long girlfriend, Anushka Ranjan, on November 21, 2021. Now, finally, their wedding festivities have begun, and the social media is abuzz with Anushka’s sangeet ceremony pictures and videos. For the unversed, Aditya Seal and Anushka Ranjan have been dating each other for quite some time. They had met each other at an event hosted by Anushka's family almost three and a half years ago and had instantly felt a strong connection.

On November 17, 2021, Anushka Ranjan and Aditya Seal had taken the first step towards their forever journey and had exchanged the rings in a hush-hush ceremony. While Anushka had donned a gorgeous purple-hued glittery saree gown from designer, Amit Aggarwal, Aditya had looked handsome in a green-hued ensemble. 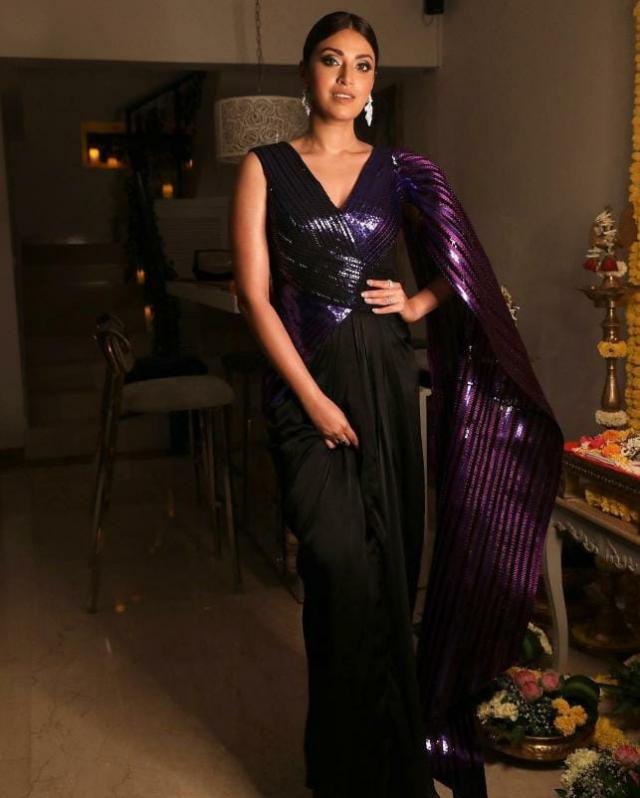 On November 19, 2021, Anushka Ranjan and Aditya Seal’s wedding festivities kickstarted with a puja, mehendi, and sangeet ceremony. The pictures from the same are going viral on the internet. For the functions, while Anushka donned a mint green lehenga, Aditya, for the puja wore a white kurta-pyjama, and later, for the sangeet changed into a blue outfit. The bride-to-be looked gorgeous in her ethnic attire, and we can't stop gushing over her pictures! 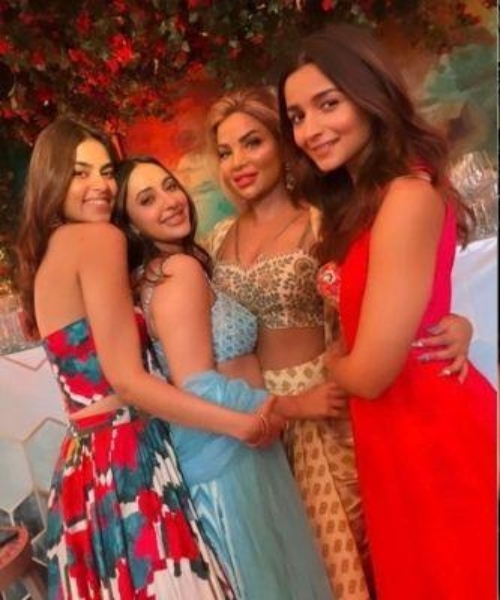 Anushka Ranjan's BFF, Alia Bhatt, Vaani Kapoor and Krystle D’Souza attended her pre-wedding functions, and had a gala time. After the sangeet ceremony, the photos and videos from Anushka's sangeet surfaced online and are now going viral on social media. Moreover, the netizens were quick to react and showered a lot of love and praise on the posts from the ceremony.

Anushka Ranjan's mint green lehenga was from the ace-designer, Anita Dongre. And we couldn't stop ourselves from checking out the cost of her mesmerising outfit. On the official website of the designer, the cost of this mint green lehenga is a whopping amount of Rs. 1.75 lakhs. Moreover, the description of this outfit on the website can be read as:

"This crisp lime green lehenga with delicate blue ivies looks luminous against the summer sun. An intricately detailed choli and a dupatta complete the look. This style allows no customisation."

In an interview with the Mid Day, Anushka had talked about Aditya and what she loves about him as a person. The actress had shared that she finds him stunning and straightforward. She had said:

"The qualities I admire about Aditya is that he is a simple person with a homely upbringing which I find very attractive. In this world where we live and work which is all about glitz, glam and show, it's rare to find someone be the way they are without feeling the need to prove a point to anybody. He’s a simple person, smart, funny, quirky and hardworking. A mix of everything is what I admire about him." We are excited to see the pictures from Anushka Ranjan and Aditya Seal's wedding. What about you?

Don't miss: Priyanka Chopra Jonas Looks Gorgeous As Ever In A Green Pencil Dress Worth Rs. 50,000