Aditya Narayan Speaks About Dad's Popularity, Says His Girlfriends Were More Impressed By His Father

Aditya Narayan Speaks About Dad's Popularity, Says His Girlfriends Were More Impressed By His Father

Udit Narayan will be seen in 'The Kapil Sharma Show' with his wife, Deepa Narayan and son, Aditya Narayan. The recent promo of the show is said to be a musical as well as laughter riot. 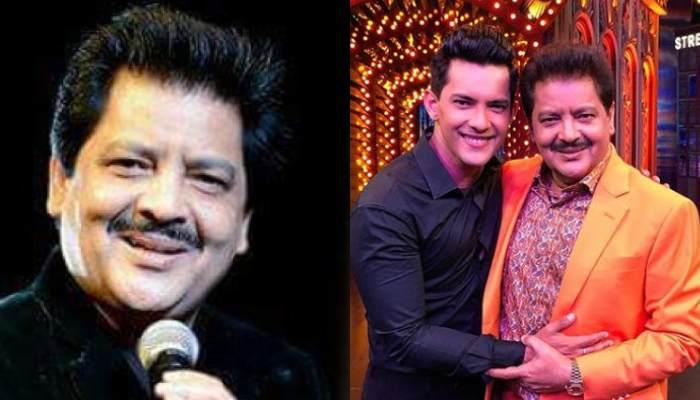 Aditya Narayan shares a very strong bond with his father, Udit Narayan and considers his father as his idol. Aditya always said that he wanted to sing with his father and would consider himself lucky if his father sings for him someday. The father and son sang together for the first time in Akele Hum Akele Tum (1995) and have been performing together since then. (Also Read: Shahid Kapoor Gives Career Advice To Brother Ishaan Khatter, Says Find Your Honest Moment)

Aditya Narayan has always been compared to his father in terms of his singing. Aditya has songs like Ishqyaun Dhishqyaun and Tattad Tattad to his credit, he says that it is his dream to have his father, the celebrated singer Udit Narayan, sing for him. Now it will be very interesting to see Udit ji collaborating with Aditya on a Bollywood project. 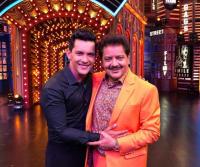 Udit Narayan will be seen in The Kapil Sharma Show with his wife, Deepa Narayan and son, Aditya Narayan. The promo of the latest episode is aired and is considered to be a musical as well as laughter riot. The promo which was aired recently had shown the family talking about their relationship with each other. The turning point of the promo was when Aditya Narayan revealed that it was his father who was more popular among his girlfriends! 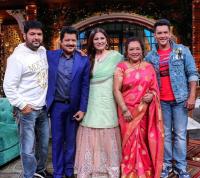 He revealed that his girlfriends were more impressed by his father and said, “When I was quite young, in my college days, I invited one of my girlfriend’s to my house. I also introduced her to my parents. My mom was busy doing her daily chores and I thought dad would go back after saying hi-hello but instead, he sat there with us." 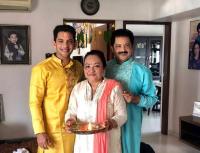 He further added how his father would act all cool in front of his girlfriends and would say, "Mera ladka jawan ho gaya hai.” Hearing this, Aditya said all his girlfriends would go gag about how cool his father is. Talking about the same, he revealed, “This is how some of my girlfriends go back - either taking Dad's autograph or just run away in embarrassment.” (Also Read: Parineeti Chopra's Jiju, Nick Jonas Jams On Khadke Glassy, Proves He Is A Complete Bollywood Fan) 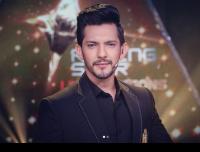 Udit Narayan’s melodious voice made the 90s all the more romantic era. Nobody can deny the fact that Udit Narayan enjoyed a huge fan base and specially among girls. Aditya reveals how his father used to lie to him during his childhood days. He recalled, “Dad is the only one who keeps on lying all the time. When he was young, he used to have 4 – 5 recordings in a day so he used to get late at times. He used to make all the silliest reasons like 'Gadi puncture ho Gayi', 'Biwi naraz hai', 'Pant fat Gayi'.”

Udit Narayan married his first wife Ranjana Narayan Jha in 1984. Since Udit was not a well known name, his marriage with Ranjana did not get any limelight. Udit followed his dreams and went to Mumbai and earned a name in Bollywood and never looked back. He did not even realise that his wife Ranjana was waiting for him at his hometown, Bihar.

In Mumbai, Udit fell in love with a woman named Deepa Gahatraj, who hailed from Nepal. He tied the knot with Deepa without divorcing his first wife. Within one year, the couple was blessed with a son, Aditya Narayan. Udit started a new life with his wife and kid without realising about Ranjana’s existence. It is still a mystery whether Deepa was aware about Udit’s first marriage. 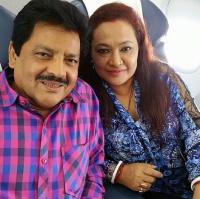 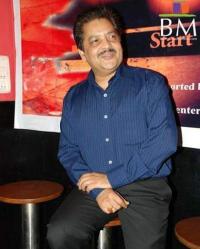 Addressing the same to the PTI, he had revealed that the claims were baseless and was planned to malign his reputation in public. He had stated, “I don’t know this woman and I have never met her before. These are just the attempts to malign me. I had received threatening calls four or five years ago but I did not pay heed to them. I was under the impression that this was a common occurrence with artists.” 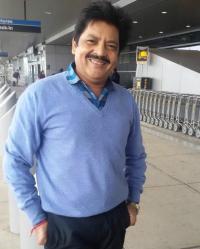 Udit Narayan had stated that after the scandal, his career took a complete U-turn and had revealed, “My career dipped after the scandal. Before the scandal I was blameless. Suddenly people became suspicious of me. But that’s over and done with now.” (Also Read: Kareena Kapoor Khan Reveals What She Feels About Alia Bhatt Being Her Sister-In-Law Post Marriage) 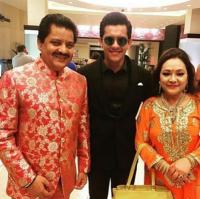 We love the bond between Udit Narayan and Aditya Narayan and hope to see the two jamming together someday soon.