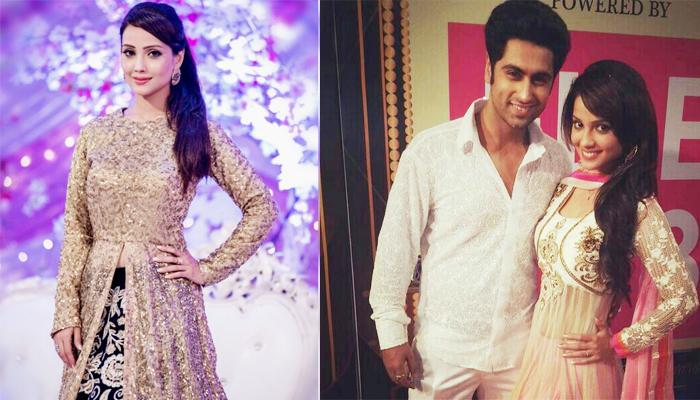 As per reports in the DNA, Adaa Khan spoke candidly about her past relationship with the actor, Ankit Gera. She openly spoke that Ankit had cheated on her thrice and every time, she forgave him. She was quoted as saying, “When it comes to love, I have had a very terrible experience in the past. My ex-boyfriend cheated on me and still, I forgave him thrice. But after a point, I knew that I had to let it go. Love is not a priority for me”.

Reportedly, Ankit was two-timing on Adaa Khan with his Sapne Suhane Ladakpan Ke co-star Roopal Tyagi. Adaa also revealed on the show that she had suicidal thoughts many a times. (You May Like: Soha, Aishwarya, Karan, Gauri, Farah, Mira Share Pics Of Their Kids With Grandmoms On Mother's Day)

Ankit and Adaa were in a serious relationship for 4 years, and the couple parted ways in 2013. Back then, it was reported that the reason behind their break-up was another woman. A source close to the couple had revealed to a leading media house, “Trouble started brewing when Ankit started demanding space in the relationship. He even attended Roopal's birthday party a month ago (October 2013), alone. While he told Roopal that he had split with Adaa, he assured the latter that he was not on talking terms with Roopal. Adaa bumped into Roopal at a recent award function and decided to clear the air. To her shock, Roopal admitted to the affair. Adaa even has proof of Ankit's intimate conversations with Roopal”.

Sometime later, Ankit, in an interview denied such allegations and even said that he never dated Roopal. He said, “Whatever problem happened between me and Roopal is in the past. There was nothing from my side. I never dated her. While doing a show together we became friends, and while she kept saying things against me, I decided to respect our friendship and keep mum”. (Suggested Read: 'Ye Hai Mohabbatein' Fame Karan Patel Finally Confirms His Wife, Ankita Karan Patel's Pregnancy)

In another interview, talking about Adaa, Ankit revealed that he was very serious for her, “With Adaa it was a serious relationship. She is a very nice girl. I respect and cherish those four years we spent together. I wish her all the best in life”.

He further added, “Adaa and I share a common circle of friends. So we do meet each other at common gatherings and various parties. There are no hard feelings between us. We still talk to each other”.

Recent reports are abuzz with the news that Adaa Khan has now moved on and is allegedly dating Jana Na Dil Se Door actor, Shashank Vyas. He was once quoted as saying, “There are very few people in the Industry whom I consider as my good and real friend and Adaa is definitely one of them. We both were shooting at the same location but on different sets. When I got to know about it, I went to her set and met her”.

Well, with Adaa Khan’s statements on Ankit Gera cheating on her thrice, it feels that rumour mills would again be set abuzz and fuel would be added to the fire.

Next Read: Sonam Misses Anand As Soon As She Reaches Cannes, But Hubby's Message Should Sprinkle Love On Her