Love is such a beautiful feeling that words fall short to explain it. True love is not something that is planned, it just happens within a blink of an eye and you don't even realise when the cupid’s arrow struck you. There are some people who fall in love with the physical beauty. On the other hand, there are others who don’t fall for skin, for them it’s all about the connection.

Here we have a list of brave, beautiful and pure souls, who were ravaged by acid attacks. For once, these girls might have thought that it’s the end of their lives. But soon, they got a reason to live as and when they met their "Prince Charming". As the famous saying, “beauty lies in the eyes of the beholder,” all these guys have substantiated it in the aptest manner. Their love stories have given a new definition to love altogether. Here, take a look!

Lalitha Ben Bansi who met with a gruesome acid attack five years back in 2012 when her cousins threw acid on her over a family dispute. She has gone through for over 17 surgeries and if reports are to be believed, there are 12 more surgeries to be done. Soon she fell in love with a guy named Ravishankar Singh over a missed call. Yes, you heard that right! A wrong number that changed their lives entirely. Here’s what he said in an interview:

“I received a missed call from a wrong number, and it changed my life” 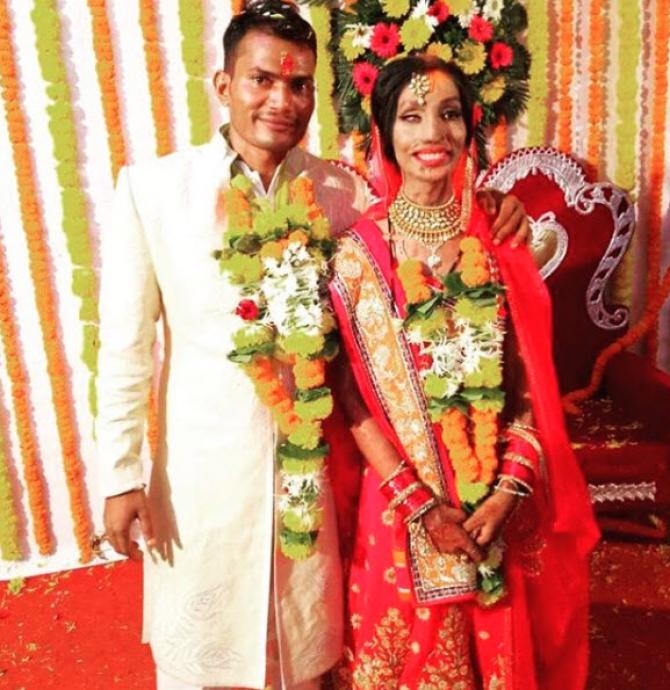 The two of the started talking on the phone then and soon they fell for each other. Recalling everything and how love happened between the two, Ravishankar gushed:

“She said she didn’t deserve me, and told me about the scarring attack. But even without seeing her, I knew I wanted to be with her, looks didn’t matter.”

“I liked her from the beginning. I had to only convince my mother to accept my choice. I had to make Lalita believe that she too had the right to a better life.”

The lovebirds tied the knot on April 13, 2017, which was registered by Saahas Foundation in Thane court. Their wedding was attended by actor Vivek Oberoi, Congress MLA Nitish Rane and other prominent people as well. 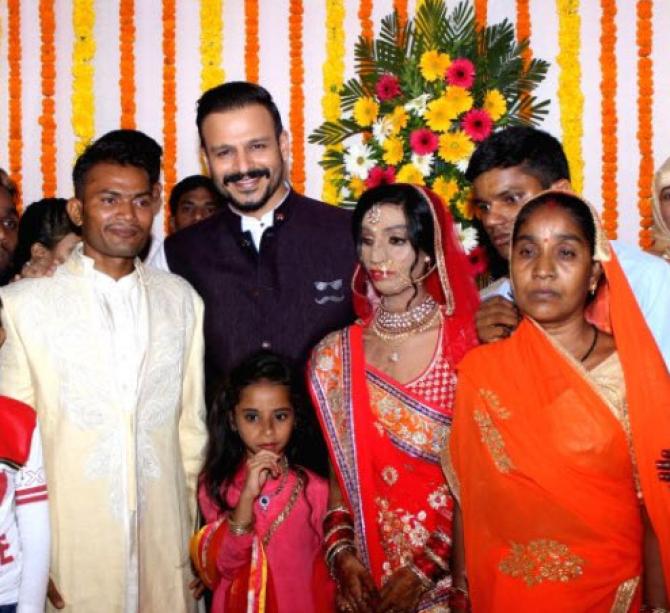 Brave Lalitha thinks her encounter with the love of her life is no less than a miracle. Here’s what she stated:

“Miracles do happen! Who would have thought an acid attack and 17 surgeries later, I would find love. But it happened. And it all started with a wrong number. Shankar taught me to believe in love. It is a fresh start.”

Must Read: Acid Attack Survivor Found True Love Through A Missed Call And Got Married To Him

Now 24-year-old, Laxmi’s life turned upside down when a man, whose marriage proposal she rejected attacked and damaged her face with acid in 2005. She declined his proposal nine years back when she was hardly 15-year-old. Once, she thought that it's the end of her life, but soon she got a reason to rejoice as she fell in love with 25-year-old Kanpur-based social activist, Alok Dixit. Alok basically runs a social campaign against acid attacks, Spot of Shame, and it’s a social media movement. Alok said that it was Laxmi’s spirit that made him fall in love with her. Here’s what he stated in an interview with a leading daily:

“When she came to us, she was bold and smart. Unlike the other girls, who shy away from society and usually move about with covered faces, Laxmi moved freely with an open face. I saw a fighter in her and gradually we fell in love.” 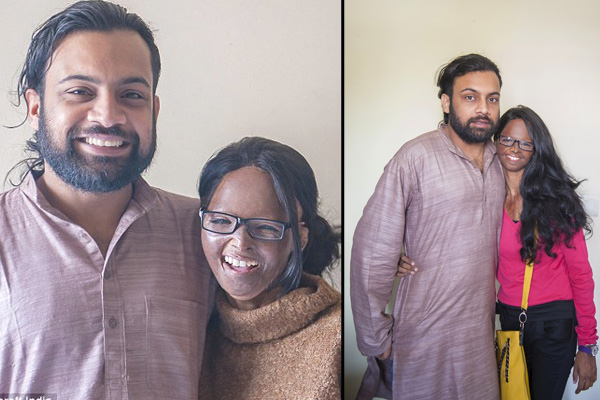 The lovebirds made a decision to live in together, and not have a ceremonial wedlock. In fact, their families too accepted their decision, Laxmi said:

"We don't want people to come to our wedding and comment on my looks. The looks of a bride are most important for people. So we decided not to have any ceremony."

Yet another acid attack survivor or rather we should another role model, Sonali Mukhejee saw a light at the end of the tunnel of her life. It’s so very difficult to understand and empathise what these women might have gone through after such brutal attacks. Nonetheless, God has some awesome plans for them and so was for Sonali as well. It was in 2012 when Sonali became a household name and a famous face when she appeared on a famous game how Kaun Banega Crorepati (KBC). She encountered the acid attack in 2003 when she was just 18-year-old. This left her blind in one eye and heavily disfigured. When she talked about her story on the small screen, there was this guy, Chittaranjan Tiwari (an electrical engineer), who gave his heart to her. He sent her a friend request on Facebook and they started talking to each other quite often.

This is what an article states:

"Over the coming months, the couple would continue talking for hours on the phone and got increasingly close until Chittaranjan decided to pop the question. Sonali said: “One day last year he proposed; I couldn’t believe it. They were words I never imagined I would hear." 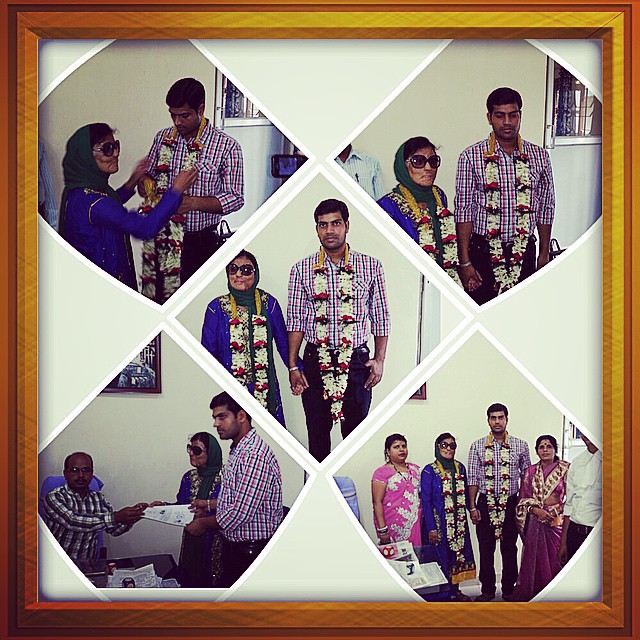 The two tied the knot on April 15, 2015, following all the rites and rituals of a proper Hindu wedding. Together they have a baby girl who entered the world in December 2016. Elated newbie father was found stating:

“We look forward to bringing up our daughter and contributing together to society. It is a very special moment for us.”

Kavita's life took an ugly turn when her jealous lover threw acid on her in June 2012 as he got to know that she was tying the knot with someone else. That jealous lover was not the right choice for her and Nitesh, whom she was getting married to, promised to keep her happy for the rest of her life and this is what he did. 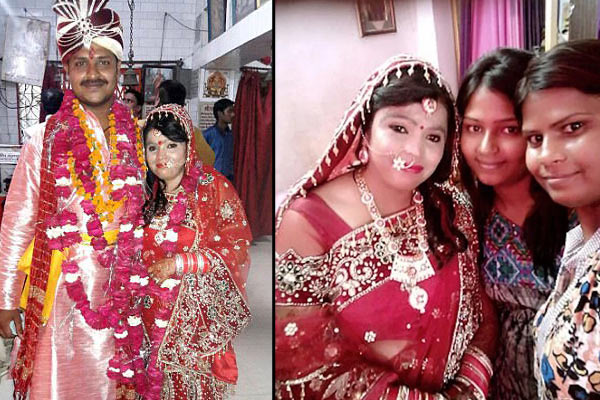 He stood by her and didn’t step back to marry her after all of this gruesome incident happened. Kavita tied the knot with the love of her life, Nitesh at Shri Hanuman Mandir Japtibag near Tikait Rai Taalaab on April 17, 2017. Her entire medical team and some of her close pals along with the family were present at the do.

Here’s what the happy bride said then:

“Life was tough but I kept on moving and I am happy I am getting married to the man I like.”

Aren’t these couples inspiration for all others out there! They truly have given love a new definition and we all must learn from them. We wish all these couples a life full of happiness, love and luck. May you all stay together for life and beyond! And guys, in case we are missing out on any name that is to be added to this list, please do let us know in the comments section below!