She hates reading and he is a writer. She is a Delhiite and he is a Mumbaikar. She is a Sikh and he is a Brahmin. Yet nothing could stop them falling in love. It is said that technology ruins lives, but it has undoubtedly saved theirs a big time. We are talking about this lovely real couple, the national bestselling author for All Rights Reserved For You and It Started With A Friend Request, Sudeep Nagarkar and his pretty wife, Jasmine Sethi.

Navjot Was A Shy Man When He Fell For Navjot; But When She Said YES, He Threw This Spinner

It is rightly said that jodiyaan upar se ban kar aati hai and if the two people are meant to be together, they will by hook or by crook. Something like this happened with Sudeep and Jasmine, courtesy their geographical boundaries and different castes. But love won at the end! So, we thought of taking you through their beautiful and victorious tale of love. Scroll on and read for yourself! 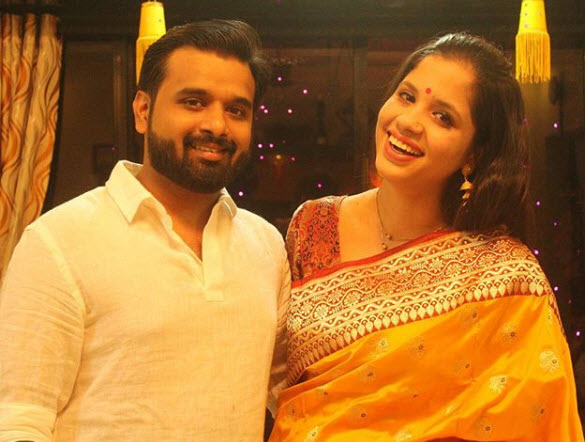 This much in love couple met each other through a common friend. So, basically, what happened was that Sudeep saw Jasmine’s pictures on Facebook and he started chatting with her from a fake account. Eventually, he got to know that she isn’t into reading and all, so he wanted to keep his profession of an author a secret from her. And then, he realised and wanted to confess everything to her once they meet. But before the meeting could happen, Jasmine being the smart girl knew everything already and their first meeting was a disaster. 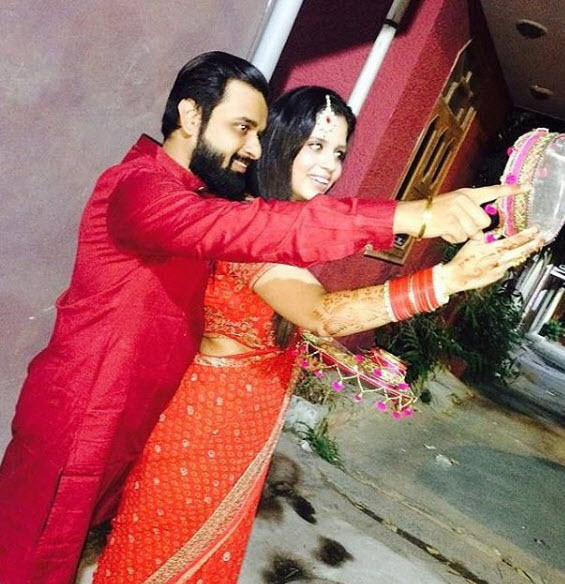 When Sudeep was asked about the one thing that attracted him towards Jasmine, this is what he retorted:

“I don’t know what exactly appealed to me about her but I believe it was her overall personality. I could be myself in front of her. And, we kept in pretty simple from the beginning itself. She didn’t keep fake any promises and neither I had impractical expectations. She brought immense positivity in my life. One thing that she did was make me feel an overcoming belief in myself, that I could be the man with whom she could be with for the rest of the life.” 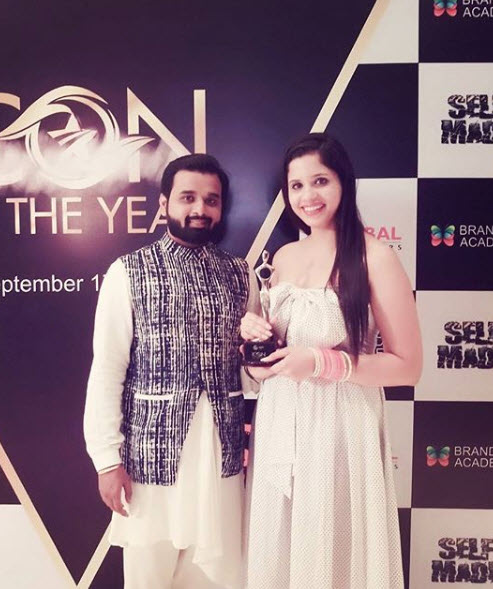 After this face off and the apology conference, the two got closer to each other on emotional terms. This entire fiasco made them fall for each other. One day, Sudeep took Jasmine on a long drive, little did she know that he had planned a hot air balloon proposal for her. And that was the best thing that she could have ever asked for! See, every person has a past, Sudeep and Jasmine are no exception. So, when they met, they had the baggage of past, which were not quite satisfying and so they decided to give each other time and space.  Sudeep gushed:

“We both had baggage of past which were not quite satisfying. So, we took our own time and never forced each other into this relationship and this trick worked well. Keeping it transparent helped us to be good friends and we shared crazy stuff together. From fears to fantasies.” “Being a romance writer she expected me to do something out of the box. In real life, am not that romantic to be frank but just for her I crossed my limits and made her believe that yes even I can romance. Not like SRK of course, but at least, like Sudeep Nagarkar. Even today, she narrates the entire episode with same excitement.”

Must See: TV's Bad Boy, Chetan Hansraj Proposed And His Wife Lavania Reaction Is So Emotional And Touching! 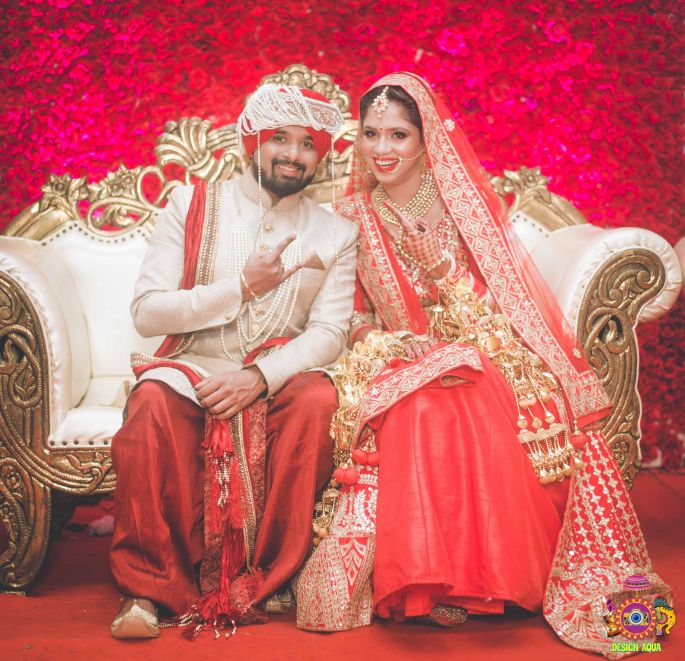 After all the convincing that happened, the lovebirds came out victorious and walked down the aisle on  November 20, 2016. Their wedding was a gala affair in every sense. On the note of marriage, Sudeep was quoted as saying:

“Being in love and getting married is altogether different. You need only two people to stay in love but marriage is unison of two families. For us, it was indeed a roadies task. As not only our religion were different but even the cities we live in. After staying in a long distance relationship for 3 years we decided to climb the next step. Marriage!” 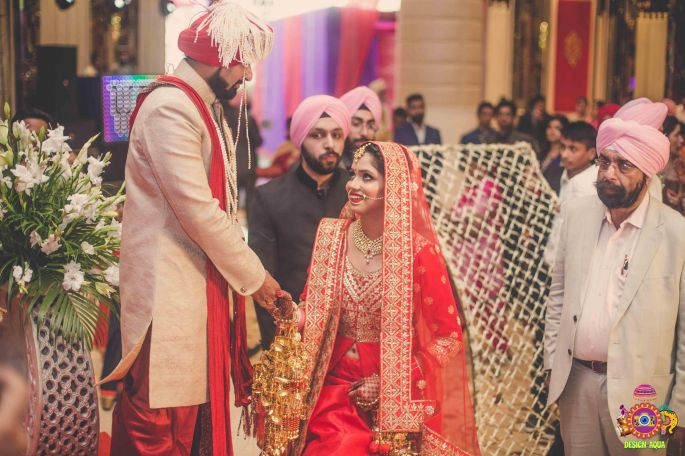 “However, I must add that though it will be one year on 20th Nov to our marriage, it still feels like a dream. We never realised how time passed and despite of all the fights and taunts, we have managed to stick together - happily. Priorities do change after marriage but we have not changed a bit giving a damn to people and relatives around us who feel marriage is a responsibility. I feel if you are comfortable with your partner and share unbreakable bond, nothing can stop you. We go out on weird night outs, spend crazy time together and hardly worry about what future holds for us. I think that makes our marriage successful. Despite of busy work schedules, we prioritise the space to be given to everyone, especially both of us!”

Here we leave you with a few more clicks from their wedding. Scroll on and take a look: 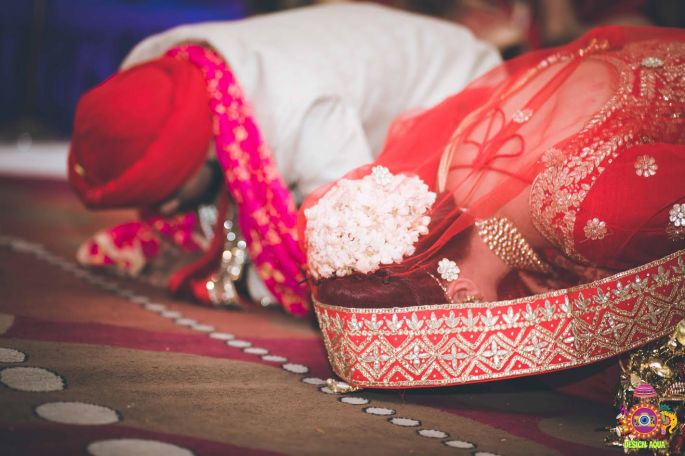 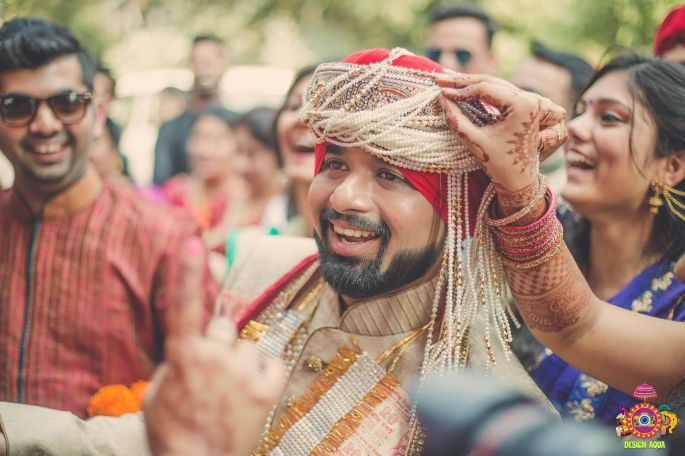 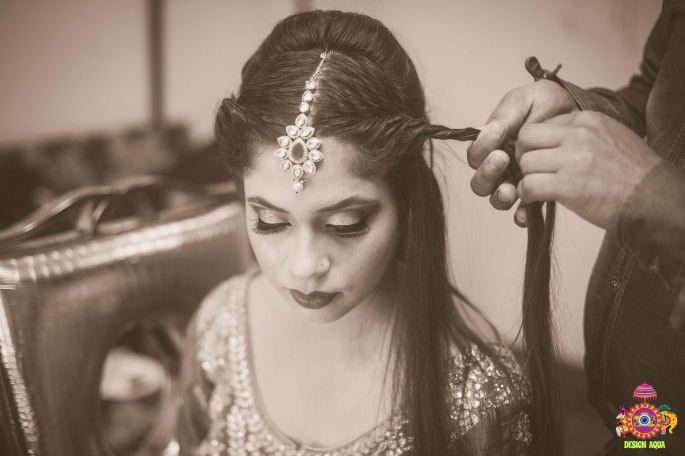 Recommended Read: Love Story Of Bollywood Legend Anil Kapoor And His Wife Sunita Will Make You Believe In True Love

Isn’t this a lovely story! Team BollywoodShaadis would like to wish Sudeep and Jasmine a happy married life. We wish you both a life full of happiness and success. And all our readers can check this space out for heart-warming love stories of your favourite celebs!