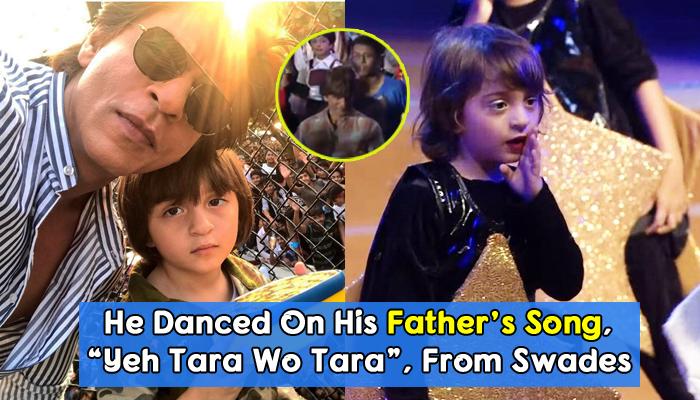 These days in the B-town, celeb kids are no less than their superstar parents. Something similar happened just recently and the B-town celebs felt so proud seeing their kids’ growing stardom. What really happened is that Mumbai’s famous Dhirubhai Ambani International School had its annual day being hosted and evidently, many Bollywood biggies’ kids study at this school. And they did perform at their school’s annual day; it was a delightful spectacle to watch them. Let’s unfold for you everything that happened. 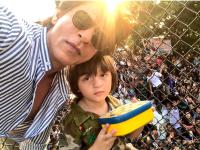 First and foremost comes none other than Shah Rukh Khan and Gauri Khan’s 4-year-old little munchkin, AbRam Khan who stole all the limelight at the annual day. The kids performed to two famous songs which are anthems for every school kid, namely, papa SRK’s film Swades’s Yeh Tara Wo Tara and the famous English nursery rhyme, Mary Had A Little Lamb. Check out the videos here, and don’t forget to check out the cutie pie AbRam in these:

A post shared by MissMalini Bollywood (@missmalinibollywood) on Dec 17, 2017 at 9:28pm PST

As you can see, the annual day function was a star-studded affair with big names like obviously, Shah Rukh Khan, Gauri Khan, Leander Paes, Juhi Chawla, Sonu Nigam, Arnab Goswami and many others. Speaking of Bollywood celebrities, the eternal beauty, Aishwarya Rai Bachchan and her hubby Abhishek Bachchan were also present at the event. 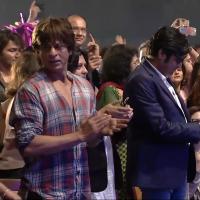 There can be no wrong guesses as to why the Bachchans were there. Obviously, for their little daughter, Aaradhya Bachchan! Check out her performance here:

Every star parent who was sitting in the audience would have been so proud and happy seeing their children perform so delightfully! In fact, SRK’s daughter, Suhana Khan couldn’t control herself and was seen dancing on her own. 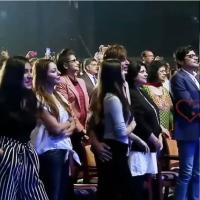 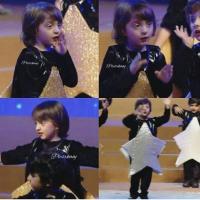 Later, in fact, Shah Rukh himself performed along with the school kids. Check out him dancing with the little cutesys:

Shah Rukh also took to his Instagram handle and thanked Nita Ambani by posting this pic: 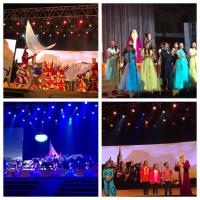 And captioning it, “Spectacular DAIS Annual Day. God Bless u Nita Ambani for loving the kids. Made me nostalgic when to act was not important just trying was.” 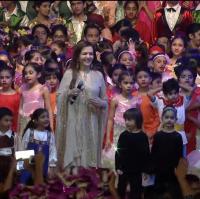 In fact, we also got our hands on a video showcasing these kids rehearsing for their show. Check it out here:

What do you feel after watching these little ones perform at their annual day function? Aren’t you feeling refreshed and drooling over their immense cuteness? Do let us know in the comments as to what do you feel about this story.