Shah Rukh Khan's youngest son, AbRam Khan is following his footsteps as he brings out the inner artist in him. Scroll down to see the adorable video of AbRam making doodles!

A father is always a son’s first hero and no matter what he grows up to be, his father will always be the unsung superhero without a cape! Sooner or later, every son quotes his father and follows his father's footsteps. And that's the main reason why 'papa bears' play an essential role in the growing years of a child. A kind of similar relationship is shared between superstar, Shah Rukh Khan and his youngest son, AbRam Khan. The six-year-old not only shares an uncanny resemblance with his father, but he also behaves like him and loves spending time with him. (Recommend Read: RadhaKrishn's Sumedh Mudgalkar Calls His Alleged GF, Mallika Singh 'Special' Amidst Dating Rumours)

Shah Rukh Khan shares an amazing bond with his youngest son, AbRam and he makes it a top priority to spend time with him. So much so that, he takes him along for outstation shoots. We remember in an interview with the DNA, Shah Rukh had revealed that his son, AbRam is extremely protective for him. He had shared that there are times when he watches somebody hit him on screen and he thinks it’s for real. So, the next time he meets them, he gives them dirty looks and he had done this with Kajol after watching Dilwale. Well, AbRam definitely loves his father and is a perfect 'mini-me' version of the superstar. In fact, he loves art just like his 'daddy dearest', Shah Rukh. Recently, we got hold of a video, wherein he was busy doodling on a whiteboard. The little boy was caught on camera while channelling his inner artist. Take a look at the videos below:

In an interview with the DNA, Shah Rukh had talked about his little son, AbRam and how he loves chilling with him, unlike his other kids, Aryan and Suhana. He had said, "I think he loves being around me. Unlike Suhana and Aryan, he is more people friendly. He gets happy seeing my fans. On my birthdays, he would just come out to the balcony every hour. The fans keep screaming my name and he comes running to me and says, ‘Papa, peoples have come. Let’s go meet them’. He calls them ‘peoples’ and then, he drags me out because he enjoys waving out to them. He’s a smart, intelligent kid and extremely fun to be with. And with him, I become a kid myself." 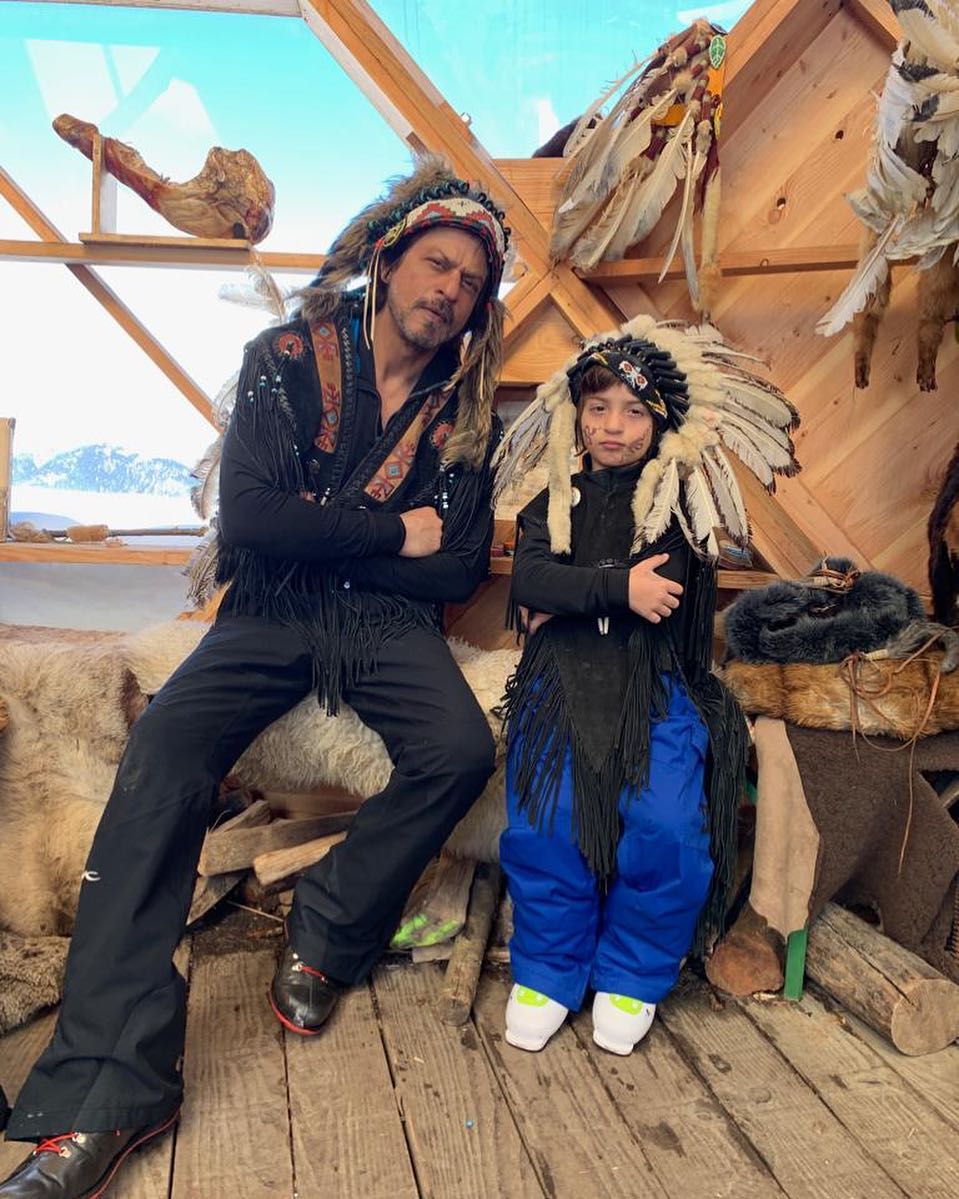 In a throwback interview with DNA, Shah Rukh had talked about his family. He had shared, "I’m not very inquisitive or gossip about people’s lives, including my children’s. If they want something, they will just give me a call. Sometimes, they talk about their personal lives, but I know they limit what they tell me. It’s about aankh ki sharam. I don’t pry too deeply. I see the mom (Gauri) and the kids talking, and she asks some really pointed questions, and I’m like, ‘How can you ask them this?’ They may answer or say, ‘I don’t want to tell you’." 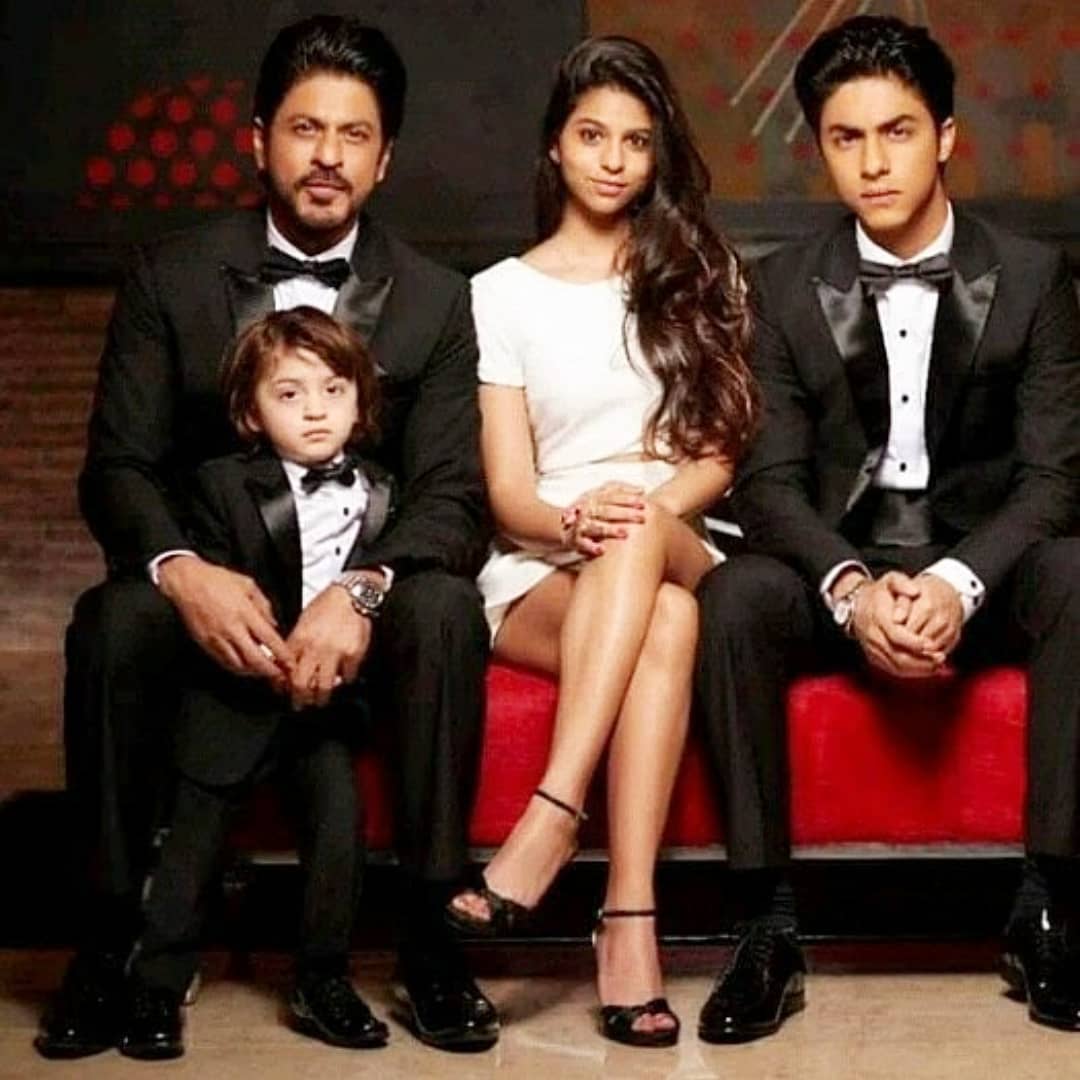 He had further added, "I don’t ask anyone questions about their life — whether it’s my children or anyone else. I don’t like being pried on either. I can tell you a lot of generic things about myself, but my personal feelings are extremely private. So, I assume the same about others, my children even more because they would have the same structure of DNA that I have. But they do come and ask me things, sometimes about studies and sometimes some really strange things about life." (Don't Miss: Parth Samthaan Clarifies His Relationship With Erica Jennifer Fernandes Amidst Their Breakup Rumours)

Well, we are sure AbRam will grow out to be an amazing artist! What do you think?

Shah Rukh Khan Takes His Son, AbRam Khan And Daughter, Suhana Khan On A Car Ride Around The City 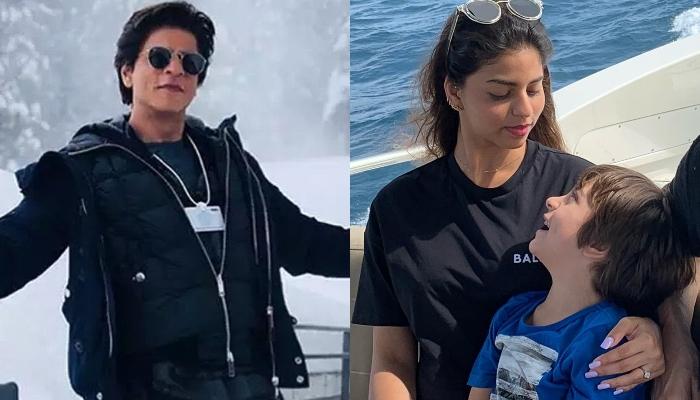 Bollywood superstar, Shah Rukh Khan knows how to balance his professional and personal lives. As much as he loves acting on the silver screen, he adores his kids, Aryan Khan, Suhana Khan and AbRam Khan. We have often seen the handsome actor heap praises for his three musketeers. Recently, Shah