Sometime back, reports of Parth Samthaan and Erica Fernandes’ breakup had surfaced in media which made their fans disheartened. Scroll as Parth clarifies the reports and his relationship with her. 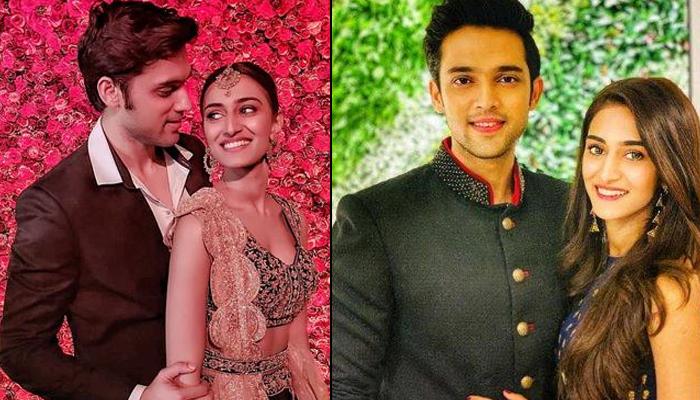 While Erica Jennifer Fernandes and Parth Samthaan’s off-screen camaraderie, including their frequent trips to explore the world together and being spotted at various events/occasions with each other, had removed every iota of doubt that we had in our minds about them ‘not’ dating each other. Then surfaced the reports of Parth and Erica’s breakup, which had made their fans disheartened. It was also reported that Parth and Erica are only maintaining a professional relationship now.

But to everyone’s delight, it now seems like Erica Jennifer Fernandes and Parth Samthaan are in a good space when it comes to work and personal life. In an interview with The Times of India, Parth called the reports of his bitterness with Erica just ‘rumours’ and mentioned that they are actually good friends. Parth stated, “We are good friends and friendly even today. We are in a good space. We work together daily on our TV serial and things are smooth between us. At times, there are some arguments or differences of opinions at work, but this is normal. In fact, recently, the cast came over to my new house and we all chilled together. I am not even aware of most of these so-called rumours, so we don’t need to deal with it.”

It was at Parth Samthaan’s crazy housewarming party with his Kasautii Zindagii Kay 2 friends that had raised a lot of eyebrows that all is not well between him and his KZK co-star, Erica Jennifer Fernandes, when the latter was nowhere in sight at the celebration. Although we all were extremely happy for Parth for his new house, our eyes kept on searching for Erica all around, isn’t it? (Also Read: Kamya Panjabi Brutally Trolled On Social Media, Beau Shalabh Dang Lashes Out At The Troller)

But then at Nivedita Basu of Kasautii Zindagii Kay 2 a.k.a. Pooja Banerjee’s 28th birthday bash, getting a glimpse of Erica Jennifer Fernandes and Parth Samthaan in one frame was a treat to eyes. Clearing the air about their rumoured fallout, Parth and Erica had posed for pictures together at Pooja’s birthday bash along with their KZK 2 co-stars-cum-friends. While Erica had looked like a vision in white, Parth had opted for a black-and-white t-shirt and pants which he had paired with a red jacket. Parth had shared an Insta story wherein his picture with Erica was photobombed by Hina Khan.

Parth Samthaan and Erica Jennifer Fernandes look superb together, on and off-screen, which is exactly when grapevine was abuzz that their bittersweet on-screen camaraderie has drifted off in their personal lives too! A SpotboyE report had quoted a source saying, “It seems that Erica and Parth are now more than just good friends, say the sources we have parked on the sets of Kasautii Zindagii Kay 2. There are hushed whispers on the sets of this Ekta Kapoor show that Erica and Parth have probably developed romantic feelings for each other.”

Erica Jennifer Fernandes, who never gives in to rumours, had then blurted out the truth about her and Parth Samthaan’s relationship with the Hindustan Times. She had shared, “It is news to me that such rumours are out there. But, I guess, rumours are a part and parcel of the entertainment industry. I have known Parth since we started working together on our TV show and we shoot every day. We are good friends and have a great working relationship. Whenever we chill together, we have a whole bunch of people with us. When we go for events, we are often leaving from our set, so yes, we do leave together. That doesn’t mean we go home together. In fact, we live in different parts of the city.” (Also Read: Mona Singh Finally Talks About Her 2019 Rumoured Wedding, Says She Will Announce It To The World)

Guys, how many of you love Anurag and Prerna’s awesome camaraderie? Let us know!