The success of a nephew is always a joy to his 'mamu', and Bollywood actor, Abhishek Bachchan cannot keep calm seeing his 'not-so-little' nephew, Agastya Nanda graduated.

It is always a pleasure to see our little ones, whom we had held so close in our hands turn into amazing human beings! And Bollywood actress, Abhishek Bachchan has always shown an immense amount of love to his sister, Shweta Nanda Bachchan's kids, Navya Naveli Nanda and Agastya Nanda. (Recommend Read: Alia Bhatt Bonds With BF Ranbir Kapoor's Cousins, Karisma Kapoor, Armaan Jain And Aadar Jain)

Abhishek shares a perfect 'Tom and Jerry' relationship with sister, Shweta Nanda. When the Bachchan siblings had appeared on the Koffee With Karan season-6, the episode became the perfect treat for all the siblings in the nation. From answering who's the favourite child of their parents to revealing each other's little secret, they made us revisit our childhood memories with our siblings. And while Abhishek shares a perfect bond with Shweta, it is her kids that hold the biggest place in his heart as he often openly supports them in their every accomplishment. On May 25, 2019, Shweta's son, Agastya Nanda completed his graduation, and the proud mamu instantly took to his Instagram handle to share a heartfelt wish for his nephew. Yes, Abhishek posted a picture of Agastya with his sister, Navya as they posted for the camera. In the picture, we can see Agastya donning a checkered suit, while Navya looked pretty in a pink pantsuit. Abhishek captioned the picture as, "Congratulations on your graduation Agastya. You're growing up too fast and way too tall!! #ProudMamu". Take a look at the picture below: 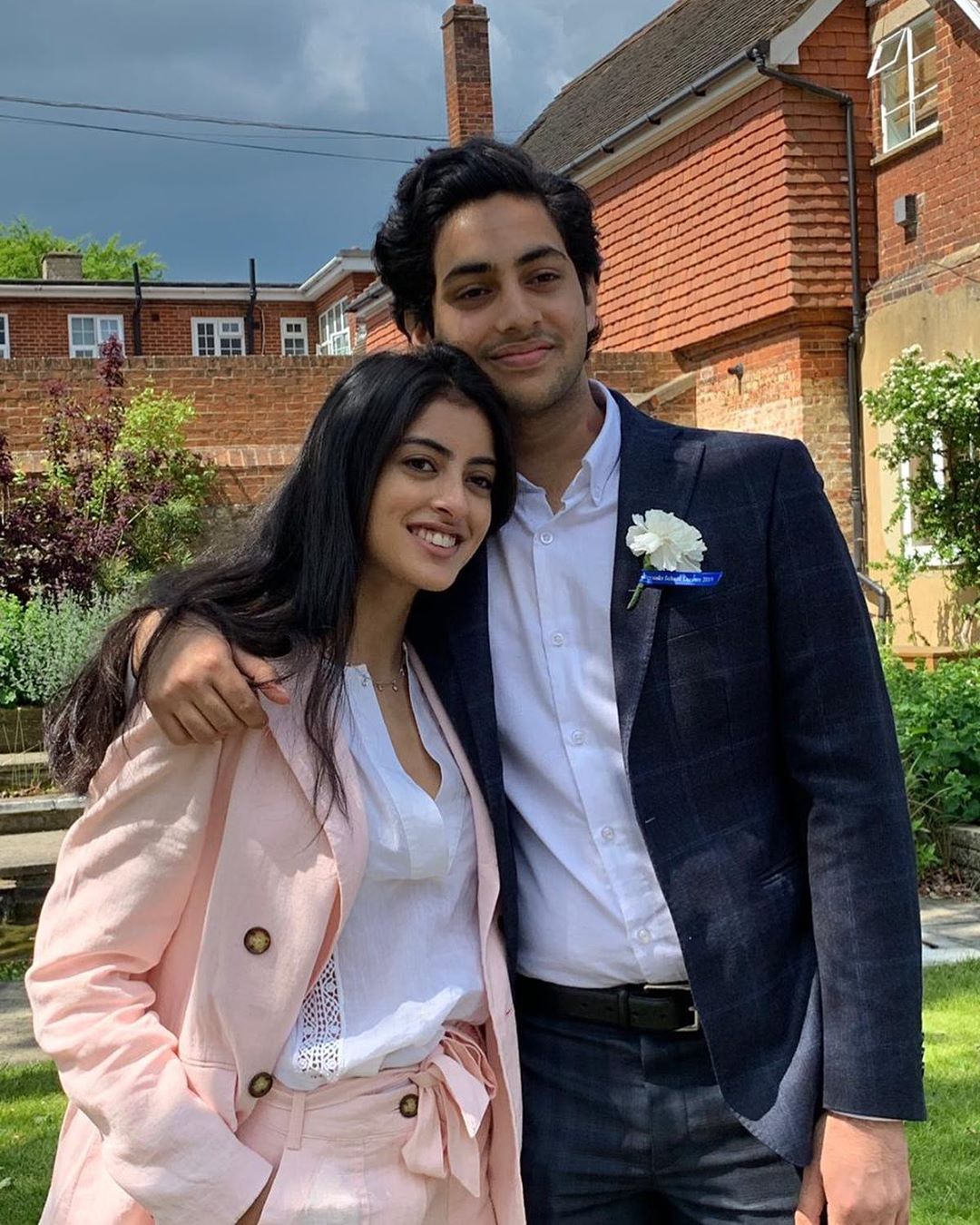 Last year in November when Agastya stepped into adulthood and welcomed his 18th year, mamu Abhishek had posted a picture of his handsome nephew on his Instagram. Along with it, he wrote, "Happy 18th birthday Agastya! You have the kindest heart and mamu loves you very much. Have the best day. Love you".  And it was one of the rarest time when we saw Agastya debut on social media as his photos are harder to find while his sister, Navya rules the internet.  (Also Read: Unseen Picture Of Radhika Merchant Twinning In Pink With A Friend At A Party Gives Friendship Goals) In the same interview, she had revealed her equation with Aishwarya and the thing she loves about her. During the rapid fire round, Shweta had said, “She is a self-made strong woman and a fantastic mother.” Well, she definitely shut the mouths of all the gossipmongers, who often makes speculation on their nanad-bhabhi relationship.  (Don't Miss: Inaaya Naumi Kemmu Sings Happy Birthday While Playing Piano For Papa Kunal Kemmu, Video Inside)

Well, we wish Agastya a happy graduation day, and we hope he shines like his mamu, Abhishek and mommy, Shweta in all his endeavors!