Abhay Deol Finds Love Again In A Celebrity Manager After Breakup With Preeti Desai, Details Inside

Abhay Deol Finds Love Again In A Celebrity Manager After Breakup With Preeti Desai, Details Inside

It seems that Abhay Deol has managed to keep his love life a secret yet again, after the break-up with Preeti Desai. Well, not anymore! Check details inside!

The quarantine phase seems to be like a two-way sword these days. While there are some celebrities, who are going through a rough patch and have said to have parted ways, there are other celebrities, who are spending their quarantine with the love of their life. A celebrity’s life is like an open book as their every move is recorded and reported. It gets really hard for any celebrity to keep their personal life under wraps because media and their fans are always gawking and keeping a sharp eye on them. Amongst all the celebrities, who try to hide their personal life, is Abhay Deol. (Also Read: Vicky Kaushal On Violating The Lockdown Rules As He Tried To Visit Alleged Beau, Katrina Kaif)

Abhay Deol made his way into our hearts through his debut movie, Socha Na Tha and hit our hearts hard with the cult movie, Dev D. Though the actor has faced a lot of ups and downs in his professional life, his personal life is no less. The actor always maintains his calm and does not talk much about his personal life. Just like he did not talk much about his previous relationship with ex-girlfriend, Preeti Desai and their breakup, it seems that the actor has managed to keep his love life a secret yet again. Well, not anymore! 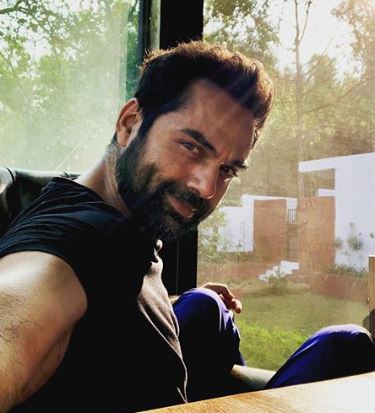 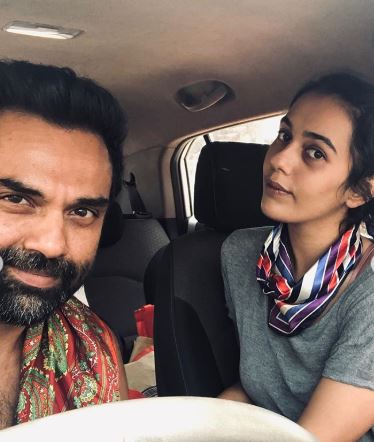 Talking about Abhay’s relationship with Preeti Desai, the two had parted ways in 2014. According to reports, the breakup had an adverse effect on him that he went missing from the glamour world for 2 years. He had resurfaced to movies with Happy Bhaag Jayegi in 2016 and during an interview with the Mumbai Mirror, Abhay was asked about his break-up. He had shared, “The desire to protect your relationship when you are open to public scrutiny is natural. There is too much guessing, speculations et al happening. In such a scenario, it gets more difficult to let go (for both you and your partner). Dating issues for normal couples are a lot more generic. In our world, it is harder to hold on to relationships. I usually avoid speaking about my personal life but in the case of my last relationship (with Preeti Desai), it was difficult to keep it under wraps. She, too, was an actor. We were doing a film together. If I could, I would’ve happily lied and said I am single. I don’t feel the reason to tell the truth. If I were dating someone who is completely averse to the limelight, I would’ve gone a step ahead and protected her. Though in all likelihood, I would’ve never met someone like that; they would’ve run away long before hitting the relationship stage (laughs).” (Recommended Read: Milind Soman Reveals How Things Have Changed Post-Marriage With Wife, Ankita Konwar) The Dev D actor had also talked about how the breakup news had no effect on him. He added, “Being questioned about my personal life is not something alien to me. Even as a kid, classmates asked pointed personal questions about my family. I have conditioned myself to handle it with maturity. A lot was written about my break-up, a lot of it was bitter but I don’t get affected by it. In an environment where people believe any publicity is good publicity, you realise there is no point getting affected by things as long as it doesn’t come between your relationship or work.” (Don't Miss: Ankita Lokhande Opens Up On Her Marriage Plans With Boyfriend, Vicky Jain, Deets Inside) Well, we just wish the reports to be true and Abhay to have found the ultimate love of his life!