You loved her in Kkusum, you loved her in Naagin, Aashka Goardia’s charm is such! The beautiful Missus never fails to make people go awestruck over her gorgeousness. We have seen Aashka for over 16 years on Indian television and the Maharana Pratap star never fails to create a niche for herself in whatever she does. (Do Read: Aashka Is Looking Like A Perfect 'Nayi Dulhan' In Her Sindoor And Mangalsutra Look)

Not only is Aashka a very good actress, but these days, she is more famous for the stylishta that she has become and her terrific style sense. The actor’s remarkable transformation as a style icon over the couple of years is enchanting! Earlier, the actress has time and again been shamed of doing a lip job. In a 2016 interview with DNA, the actress was quoted as saying, “As long as a lip-job is concerned, if I ever have the need to do it, I will not shy away from that because I will pay for it. Besides all this, answer is no.”

That was 2016 and this is 2018. Times have changed and so have things. Aashka too, has transformed from Miss Goradia to Missus Goradia Goble. Like any other woman, husband’s support is very important and Aashka’s hubby, Brent Goble is one such example. In an interview with Mumbai Mirror, the actress spoke at length about getting a lip job done and how her hubby supported her in doing the same. Admitting to getting a lip job, the Kahiin to Hoga actress shared, “My husband (Brent Goble) made me realise that there is nothing to hide. Yes, people will shame you but there is nothing to be ashamed of. I wanted to do something to my face, and that’s my choice. And I know that opening up sometimes is the only way to shut people up”. 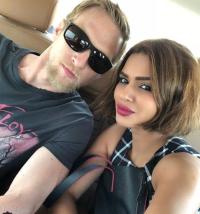 Aashka further revealed the reason behind getting plumper lips done artificially and said, “I’ve always loved make-up, human faces and all that we can do with it. With technology I had the choice to do it even better and I went ahead with it. But the procedure was preceded by a lot of research,” she explains, adding, “I wish I had a sob story to tell you but there is none. I just wanted fuller lips and decided to go for them. But being asked things like, ‘How much plastic went into your lips?’ at a press conference with 20 people around is not how I would like to address it. I want to reiterate here that I decided to do something to my face and that’s my choice. I am my own sculptor, my own painter!” (Also Read: Dipika Kakar Gets A Sweet Surprise From Sister-In-Law On Her 6-Month Wedding Anniversary With Shoaib) 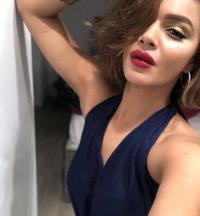 If you happen to scroll through Aashka’s social media profile, you will see her indulging in pictures of lip locks with her hubby, Brent. A media portal had asked Aashka if it was a conscious decision by her to post such pictures, to which she had replied, “There is no question of any kind of a comfort zone when using such content on my social media. For me, it is an expression of love and celebration that I am absolutely open to, and nothing else." 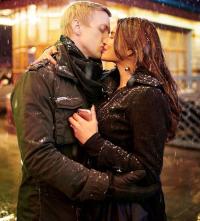 In an interview, Aashka also spilled the beans on the most romantic moment with her Brent. She opened up and shared, “It happened in Colarado, when he went down on his knees to propose to me. He picked up lines from Melluha, my favourite book--- and said a few lines interspersing them with names all the important people in my life.That shows how well he has accepted not just me but all those who matter to me. Here boys don't want to give their gym time to their wife, and this man is not rigid- he is ready to change his eating habits live in a different climate, learn new languages. In fact, he has already started sacrificing so much in order to adjust here. Actually, kaafi changes aa bhi gaye hain.” (Don't Miss! Dalljiet Kaur's Reaction On Ex-Husband Shaleen Bhanot's Participation In 'Bigg Boss' Season 12) 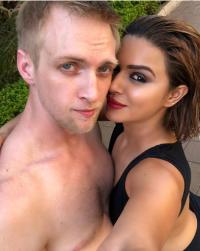 Aashka, loads of love and happiness to you for having a life partner who supports you so much. We wish you a lifetime of togetherness!