'Partner' Actress, Aarti Chabria All Set To Tie The Knot With Her Businessman-Fiance Next Month

'Partner' Actress, Aarti Chabria All Set To Tie The Knot With Her Businessman-Fiance Next Month

Aarti Chabria and her fiancé, Visharad Beedassy are all set to become mister and missus next month, in July 2019. Scroll down for more details about their wedding and reception! 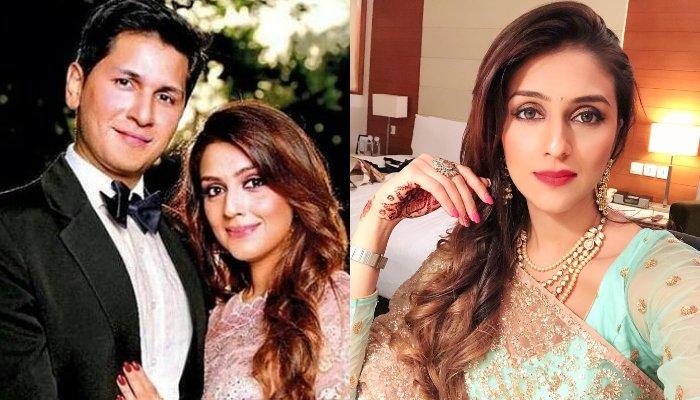 Marriages are made in heaven. Truly, you may encounter a zillion like-minded people on this planet but you will end with only a few. And there will be this one ‘special one’ who will flock right out of nowhere in your life and stay with you as you gracefully age in life, together. One of the most good-looking faces in the Tinseltown and former Miss India, Aarti Chabria has found ‘her one’ after a long search and is very soon, all set to tie the knot with her beloved. (Do Read: Arjun Bijlani Reveals That Wife, Neha Thought That He Won't Marry Her Post His Humongous Popularity)

It was on March 11, 2019, when news broke the internet. Aarti Chabria had gotten engaged in a hush-hush ceremony in Mauritius. The actress had never been much vocal about her love life and hence, everyone was curious to know, who stole this beauty’s heart. It later came about that Aarti is engaged to a Mauritius-based tax consultant named Visharad Beedassy. The duo had met each other through an arranged marriage setup. 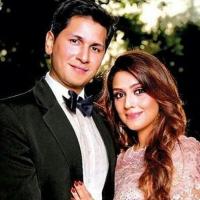 The most recent update about their wedding is Aarti Chabria and her fiancé, Visharad Beedassy are all set to become mister and missus next month, in July 2019! Yes, as per a SpotboyE report, Aarti and Visharad will get married in an intimate wedding ceremony. The Awara Paagal Deewana actress will have a low key wedding and will later throw a grand bash for her industry friends.

In an interview with the same portal, Aarti had shared about finding her ‘Mr Right’. She had stated, “After almost giving up so many times that I would find my Mr Right, my family kept blessing me and believing that I deserved the best. When I met Visharad I realised he was everything I had ever only dreamt of. I am extremely lucky to have found him after a long wait through an arranged setting. Visharad and I got engaged in Mauritius in the presence of our families on 11th March. He is a Chartered Accountant and an international tax consultant with an Asia PAC focus. I am happy that we will be staying in India. So I can continue my work here as actor-director, and be close to family and friends." 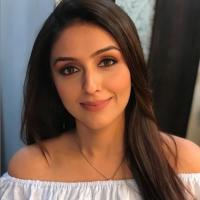 In earlier interviews, Aarti Chabria had spoken about her marriage. She had stated, “I heard a lot of rumours about my marriage. In fact, some said she is married. There is a boyfriend crunch here and people are talking about marriage!" In a 2012 interview, speculations were rife that Aarti might tie the knot soon. Refuting all such rumours, she had stated, “Absolutely not, I am not getting married right now, I would love to, and my parents would love me to. But right now I don't have that Mr. Right in my life as yet. So, it's going to be a while before I settle down.” (Also Read: Ravi Dubey And Sargun Mehta Are Writing A New Fairytale With Their Adorable Social Media PDA)

In yet another interview, Aarti Chabria had spoken about her personal life and family. She had said, “I am a very vibrant, bubbly and jovial girl. I take life as it comes and rarely think of tomorrow. Mine is a very close-knit family and they are my strength. My parents are my best friends and their opinion matters a lot to me. My brother who is 13 is the love of my life. In fact, as a family, we are so close to each other that we even enjoy going to discos together.” 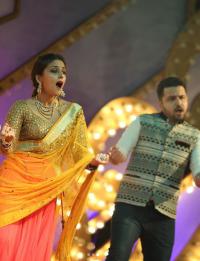 Aarti Chabria had once shared what the very word ‘love’ means to her. She had stated, “To be in love is the most beautiful experience. It inspires you to give your best. It makes you sensitive to everything around you. I am a great romantic and hence believe that everyone should have love in their lives. My first crush was when I was in class nine and it lasted for many years. In fact even today I love him dearly.”

Aarti Chabria was once asked about marriage. She had then shared, “I do not wish to get married so soon as I am very ambitious. I want to achieve a lot and unless I do so I will not get married. Marriage is beautiful but only when the time is right. To me, the idea of living the rest of your life with the man you love is very appealing. Also because of the values instilled in me by my parents, I do not take marriage lightly. To me, marriage is for life.” 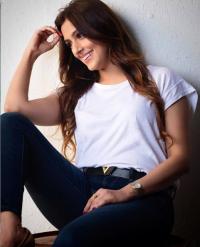 Talking about ‘her kind of man’, Aarti Chabria had once shared, “A self-made man, who's down to earth. One who loves and cares for me. He must be someone who understands and pampers me a great deal. He should have respect for my parents. He should also have a killer smile. Gold Coast. It's a beautiful beach in Australia. In India, it would be Goa.” (Must Read: Priyanka Chopra Reveals She's Facing Cultural Differences With Nick Post-Marriage, Details Inside)

Tonnes of congratulations to Aarti Chabria and Visharad Beedassy! Can’t wait to see and share with you all, pictures from their wedding.