The moment we turn twenty, we wait for the day when we can own a home and Aamir Khan's daughter, Ira Khan's dream got real as she moved into her new abode. Check out the pictures!

The moment we enter the confusing world of adulthood, we dream of many things. We call these dreams as life goals and owning a home tops the list. While some of us get trapped in the mundane race called life, the others make sure to tick all the goals from their checklist. But nothing brings more joy to us than the moment we get the keys of our own home. Accept it, we all have hoped of getting our very own abode. And Bollywood actor, Aamir Khan's daughter, Ira Khan is no different. (Recommend Read: Siddharth Nigam Pens A Heartfelt Note For His Rumoured Beau, Avneet Kaur, Says 'Sidneet' Is Forever)

Ira Khan is the daughter of Aamir Khan and his first wife, Reena Dutta. Ever since the lockdown was announced in the nation due to COVID-19 outbreak, the star kid was living with her dad's family. She shares a warm bond with her father's wife, Kiran Rao and the latter also loves her like her own child. But finally, Ira has moved into her new abode and she gave her fans glimpses of the same. 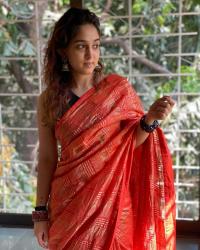 On July 3, 2020, Ira took to her Instagram handle and shared with her fans pictures of her new cosy abode. In the picture, we can see Ira donning a white and grey night suit while she was sitting on her study table. We can also see hand-drawn portraits and her birthday card stuck on the walls and cupboard. Alongside it, she wrote, "Look at my new home", and added the hashtag, "#movingout, #myspace, #firsttime, #newbeginnings, #milestone, #cantwait, #lettheadultingbegin and #manvshouse." Check out the pictures of the same below: 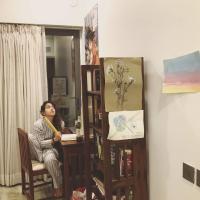 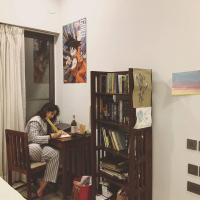 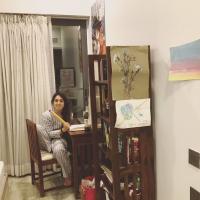 For those who don't know, Ira doesn't want to be an actress, in fact, she loves being behind the camera. In an interview with the Hindustan Times, Ira had talked about the same and had said, "I’ve always felt more comfortable and enthusiastic about working off-stage or behind the camera rather than [being] in front of it. I’ve never felt the inclination to act except if it were in an action film, so I get to learn all the cool stunts. Then again.. I can just learn how to do the stunts without a film to work on." (Also Read: When Kareena Kapoor Khan Recalled Getting Scolded From 'Master Ji', Saroj Khan At 1 AM, Video Inside) 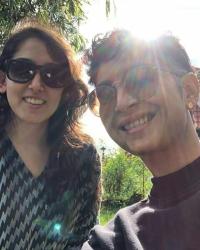 A couple of days ago, we had seen Aamir Khan crashing her workout video with a celebrity fitness trainer, David Poznic, who had also trained the actor for his films, Dhoom 3 and PK. In the video, shared by Aamir's fan page, we could see the actor crashing in her daughter's workout video and David asked, "Do you want to do some push-ups, handstands and squats with Ira?" The actor had instantly refused and just waved a hi. However, Ira had assured that she will force him next time and had said, "Next time, I will force him." (Don't Miss: Anissa Malhotra Celebrates 5-Months Of Married Life With Hubby, Armaan Jain, Shares A 'Flying' Photo)

Well, congratulations Ira for finding your own abode!