On June 14, 2019, Aamir Khan’s mother Zeenat Hussain turned 85 and the Khan clan got together to make the day even more special for her. He tweeted a family photograph to wish his mom on her birthday. 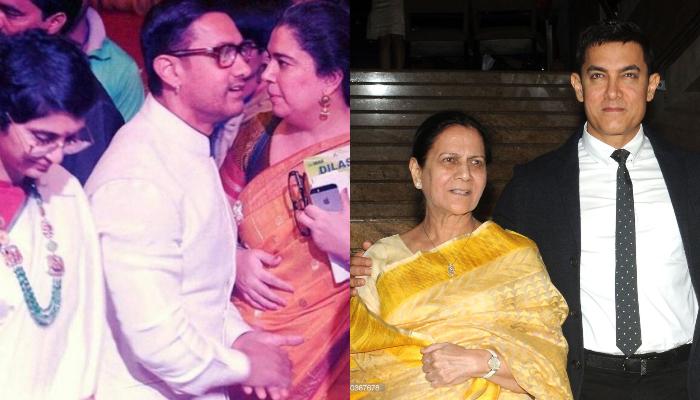 Contrary to the conventional Bollywood films which showcased unrealistic stories, some of the filmmakers portrayed otherwise and brightened the audience with confusing, dysfunctional messes, struggles of families which most importantly were realistic. And some real-life B-town families have inspired everyone with the bond that they all share, despite separations and second marriages. Belonging to this list is Aamir Khan’s family. (Also Read: Malaika Arora Gets Brutally Trolled For Wearing 'Indecent' Dress On An Outing With Son, Arhaan Khan)

A love story that began with ‘Mere Saamne Wali Khidki Me, Ek Chaand Ka Tukda Rehta Hai’ resulted in marriage. But soon, troubles clouded their paradise of love and they parted ways. Aamir Khan and his first wife, Reena Dutta’s love chronicle eventually ended with divorce but this ex-couple still shares a wonderful bond with each other. Not only this, Aamir’s second wife, Kiran Rao too, shares an amicable camaraderie with Reena. And time and again we have seen this modern family of Khan inspiring everyone with their bond. 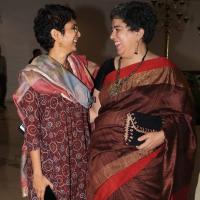 On June 14, 2019, Aamir Khan’s mother, Zeenat Hussain turned 85 and the entire Khan clan got together to make the day even more special for her. From her grandchildren, Ira Khan and Azad Rao Khan to her son, Aamir Khan were present amongst other family members for the cake cutting ceremony. Azad helped his dadi to blow the candles and cut the birthday cakes. Here are the videos that Ira posted as her Insta stories:

To mark her dadi’s birthday, Ira penned a heartfelt wish for her ‘cool grandmom’ along with an array of aww-dorable pictures with her. Ira wrote, “Dadi turned 85 today! Boy, does she not look it. It's absolutely amazing to have such a cool grandmom. She's very correct in her ways but she's still so tolerant and open-minded about the things that actually matter. She's an absolutely amazing human being and so much fun to hang around and chat with. I'd leave any party to come play cards with her. She's made me a cooler person. She's the epitome of what a person should be and we have so much left to learn from her. Especially how to make kebabs! #dadi #grandmother #birthday #happybirthday #85 #85andyoung #cardmaster #love #theperfecthuman #kindness #tolerance #grace #humor #wearsitbest #andshemakesthebestkebabs”. (Also Read: Charu Asopa's 'Mehendi' Has A Unique Connection With Deepika Padukone's Bridal Avatar, Video Inside) 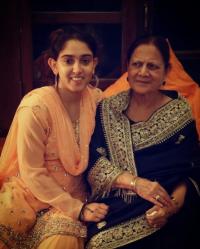 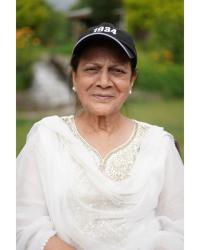 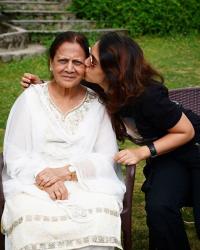 Aamir Khan too, posted a birthday wish for ‘the most beautiful woman on the earth’. Tweeting a family photograph with everyone sporting a black t-shirt with his mom’s face printed on it, Aamir wrote, “Happy Birthday to the most beautiful woman on earth!!!” In the family photograph, we can spot Aamir standing behind his mother along with wife, Kiran Rao on the left and daughter, Ira Khan on the right. His ex-wife, Reena Dutta and elder son, Junaid Khan can also be seen standing on the extreme left. Aamir’s sisters, Nikhat Khan and Farhat Khan are also a part of the family picture. Aamir’s youngest son, Azad Rao Khan is seen sitting in the front of his grandmother on the ground.

On Mother’s Day 2019, Aamir Khan had made a trip down the memory lane and had fished out a photo of himself enjoying his childhood days to the fullest with his mother. Wishing her on the special day, Aamir had written, “Ammi and me. Best Mom in the world!”. In yet another post, he shared a family picture with his father Tahir Hussain, brother Faisal Khan and sister Nikhat Khan. 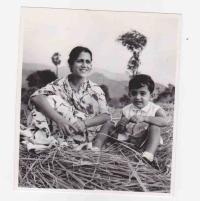 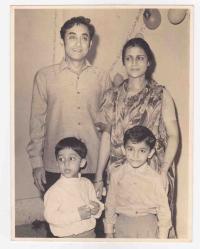 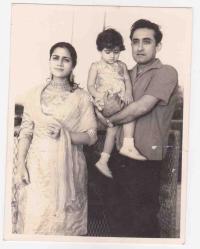 In 2019, Aamir Khan had appeared on Karan Johar’s chat show, Koffee With Karan Season 6 and got candid about the wonderful relationship between his wife, Kiran Rao and Reena. Aamir had stated, “Reena and Kiran are both warm and matured as people. I have not contributed anything to their friendship.” (Also Read: Kareena Kapoor, Taimur Ali Khan's Latest Pic From Europe Holiday With Karisma Kapoor, Samaira, Kiaan) 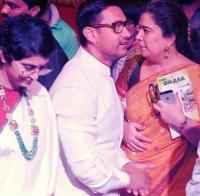