A bond that a daughter shares with her father cannot be explained in words. Recently, Aamir Khan’s daughter, Ira Khan posted a throwback picture with him along with an appreciation post. 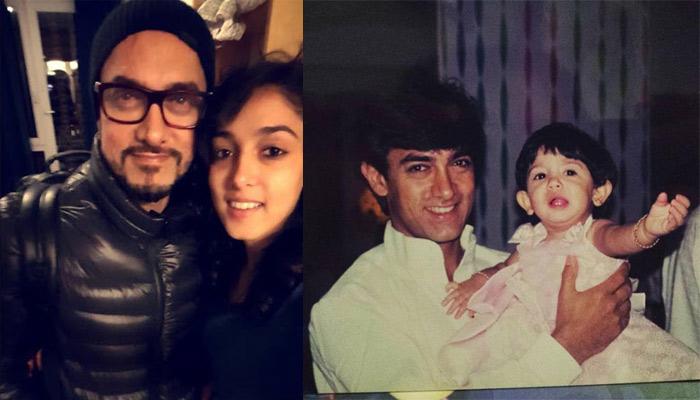 It is rightly said that ‘no one is able to make the female a queen except her father’. No matter how hard it gets for a father, but he will always stand by his kids for their safety and well-being. A father always remains the first man a daughter knows when she enters the world. A father will always be super-protective about his daughter and will make sure that she takes the right decisions in her life. A daughter’s safety becomes a priority for her father, and she can always rely on him for career advice and personal guidance. The bond between a father and a daughter is very special and always remains close to the heart. (Recommended Read: Neha Dhupia Finally Reacts On Being Trolled For Postpartum Weight Gain And Not Getting Work)

From Amitabh Bachchan and Shweta Nanda Bachchan, Janhvi Kapoor and Boney Kapoor to Saif Ali Khan and Sara Ali Khan, Bollywood’s baap-beti jodi’s are worth looking up to for inspiration and goals. One such jodi is of Lal Singh Chadha actor, Aamir Khan and his daughter, Ira Khan. Ira is the daughter of Aamir and Reena (Aamir’s first wife). Ira mostly stays away from the limelight and prefers to remain behind the camera. Aamir had once shared that his daughter, Ira is interested in filmmaking. Aamir shares a lovely bond with all his children, Ira, Junaid and Azad.

Ira Khan looks up to her father, Aamir Khan for inspiration and guidance towards her work. On International Men’s Day (November 19, 2019), Ira took to her Instagram and shared a series of pictures with an appreciation post for all the men in her life. Ira shared a throwback picture of her father, Aamir on a bike with his kids, Junaid and Ira. Ira’s appreciation post could be read as “I've been lucky enough to know a lot of kickass men in my life. Even if all of them aren't necessarily old enough to be called men yet. I'm eternally grateful. Happy Men's Day.”

Aamir Khan, in an interview with the Deccan Chronicle, had talked about losing out on his time and relationship with Junaid Khan and Ira Khan. He had stated, “What I lost is a million-dollar question! I started working at the age of 18. Professionally, I got so engaged that I could hardly give time to my Ammi. Yes! A little later in life, after I got married and became the father of Junaid and Ira, I didn’t have much time for them either — owing to my busy schedule. I surely lost out on maintaining my relationships with my Ammi, kids, and wife Reena, and now Kiran as well." (Suggested Read: Milind Soman Trying To Copy Ankita Konwar By Dancing On Bihu Music Is The Cutest Thing On Internet) 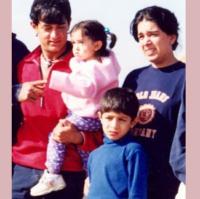 Aamir Khan had further added, “I did miss out on a lot, I am sure, but I do not regret it. Simply because both my children Junaid and Ira are very close to me and we share a great relationship even now. If we had not shared a great relationship, then that would have been sad. Ammi also, I do visit her on and off. I’m there for all of them at critical times, but that’s not enough na? I am happy that they all understand me. If our relationship would have been fractured, then I would have felt bad. We all need to maintain a balance between work and personal commitments. I am sure all men and women will resonate with this thought of mine." 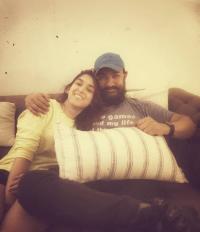 On May 10, 2019, Ira Khan had turned 21 and exactly at midnight, the doting daddy, Aamir Khan had wished her. Aamir had taken to his Instagram and had shared a throwback picture of the duo, in which Aamir is happily posing for the camera as Ira sat on his lap. Aamir had captioned the post as “Happy 21st @khan.ira !!! Can't believe you got there so fast! You will always remain at 6 for me! Love you. Papa.” It was Ira’s hilarious reply on the post that had caught our attention. On Aamir’s heartfelt post, Ira had commented, “Of all the great pictures we have together...” and had a “Thank you” as the next comment which was backed by a couple of kisses and heart emojis.

On the occasion of Father’s Day 2019, Ira Khan had taken to her Instagram and had wished Aamir with a heartfelt note, which could be read as “From being ridiculously over-protective to telling me I should be more rebellious... you've been an amazing person to have in my life. You're always there when I need you. People always ask what it's like to be brought up by and around you, some think it would be really cool or exciting... but that would be an understatement. Thanks for being such an educational, stimulating and inspirational figure in my life. I'm passive-aggressive too so I may not tell you how cool I think you are but I definitely think it. And thanks for the great-skin-gene. Happy Father's Day!” (Also Read: Arpita Khan Sharma To Have C-Section Baby On Salman Khan's Birthday In December 2019, Details Inside)