Aamir Ali And Sanjeeda Shaikh Are Proud Parents To A Four-Month-Old Daughter, Details Inside

Aamir Ali And Sanjeeda Shaikh Are Proud Parents To A Four-Month-Old Daughter, Details Inside

On March 2, 2012, Aamir Ali and Sanjeeda Shaikh had said Qubool Hai in a nikaah ceremony. But as per the latest reports, they had parted ways. Another report suggests that they have a daughter too.

He began his journey in the entertainment industry with the 2002 Bollywood film, Yeh Kya Ho Raha Hai?, but rose to fame with his television shows, Kahaani Ghar Ghar Kii and Woh Rehne Waali Mehlon Ki. She made her debut in the television industry with Kyaa Hoga Nimmo Kaa and reigned it like how! It was the television show, Kya Dill Mein Hai which brought these two charming ones together, and since then, there has been no looking back for them. Such is the journey towards the happily ever after of Nach Baliye season 3 winners, Aamir Ali and Sanjeeda Shaikh. (Also Read: Sussanne Khan's Adorable Birthday Wish For Her 'Incredible Man', Hrithik Roshan Is Filled With Love)

Sometimes in a relationship, even after toiling hard, a couple who had redefined the meaning of love and togetherness, end up living separately. Well, something similar is happening to a couple that we have always adored, Aamir Ali and Sanjeeda Shaikh. Aamir and Sanjeeda never failed to give us #CoupleGoals and by staying away from the limelight, they truly showed us how a happily ever after looks like. But the latest piece of news about Aamir and Sanjeeda parting ways after eight years of marital bliss broke our hearts!

Sanjeeda Shaikh Shares A Glimpse Of Her Mother Playing With Her Baby Girl, Ayra Ali On Mother's Day 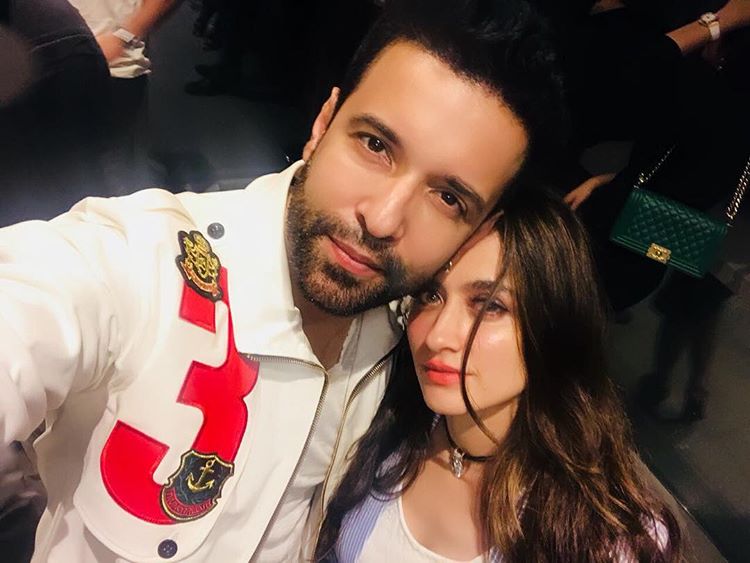 Suggesting differences in the marital life of Aamir Ali and Sanjeeda Shaikh, a source had shared to a media portal, “Differences started cropping up between them some time ago, but they were trying their best to not let it hamper their relationship. Matters escalated a few days after Sanjeeda returned from a shoot in London in October last year, and she left for her parental home. Though they continued to be in touch for some time after that, they stopped talking to each other over a month ago. Since the differences are a result of minor issues, we are hoping that they will reconcile.” But when Hindustan Times had contacted Aamir to comment on the same, he had clarified, “All was Ok.” (Also Read: Shoaib Ibrahim Shares An Adorable 'Catching Up On Her Sleep' Picture Of Wife, Dipika Kakkar Ibrahim) 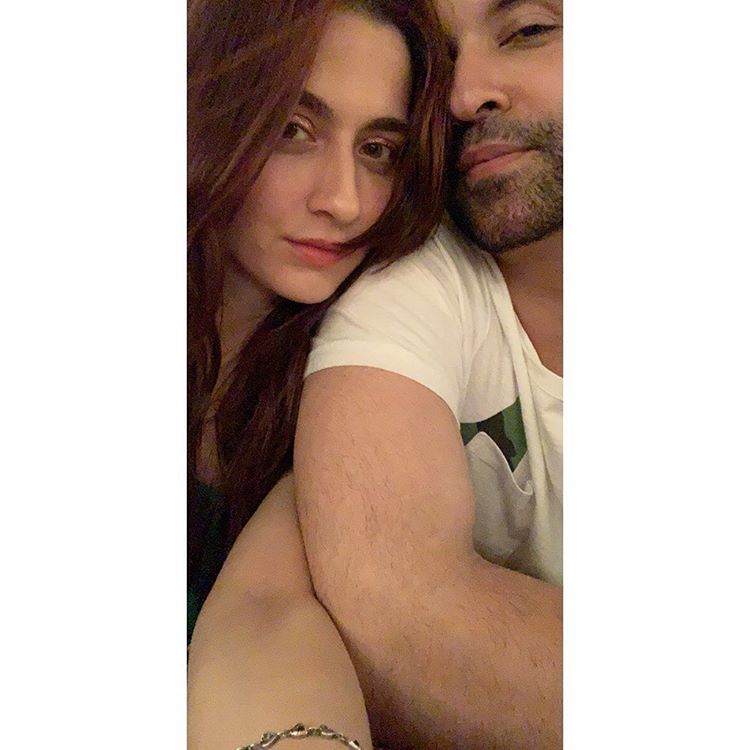 In a post-wedding interview in 2012, Aamir Ali had revealed why they had taken so long to get married and settle down. He had stated, “Sanjeeda always wanted to marry me but I was s*** scared about marriage. I was happy with the way our relationship was going. The mere thought of marriage gave me sleepless nights though my mom used to poke me almost every day to get married to Sanjeeda. And after being together for a very long time ek din mera woh darr finally chala gaya and it was that day when I surprised her by proposing to her on my knees. Earlier we used to discuss marriage but very rarely. So, she was completely surprised.” Speaking about the pressure to starting a family after marriage, Aamir Ali had continued, “My mom, my friends and my family members now want us to have a child, but I guess it is too early. But yes, everyone including Sanjeeda and I are pretty excited about having kids. Since both of us are sooo.... fair, we wonder how fair our kids would be! Woh toh pakke firangi honge and agar zyada gore hue toh I would tan them under the sun.” 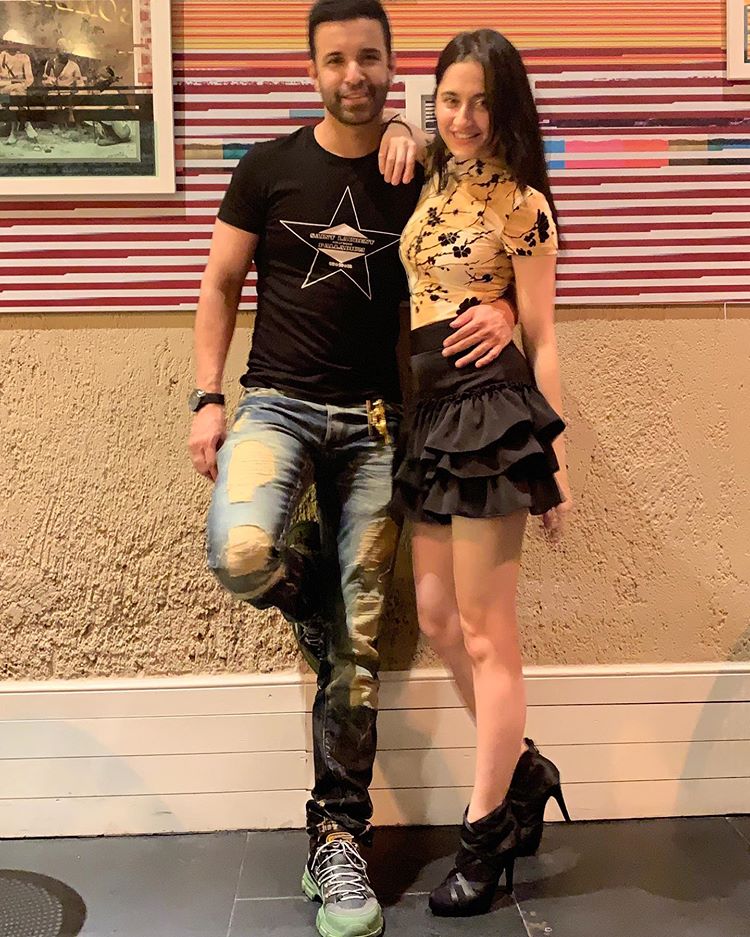 Pyaar Dosti Hai... Agar Woh Meri Sab Se Achhi Dost Nahin Ban Sakti, To Main Usse Kabhi Pyaar Kar Hi Nahi Sakta, Kyunki Dosti Bina Toh Pyaar Hota Hi Nahin, Simple, Pyaar Dosti Hai… Well, this is how love blossomed between Aamir Ali and Sanjeeda Shaikh and it was her sweet and kind nature that has attracted him to her. Recalling their first date, Sanjeeda had shared to a media portal, "It was very informal since we were just friends then. We went for dinner and were later joined by a couple of friends for the movie. So, it was very casual, nothing romantic or out of the blue. I wonder now if that really was a date." Reminiscing the marriage proposal, Sanjeeda had remarked, "I wasn't expecting a proposal from Aamir that night, especially when he had waited long hours for my shoot to get over and I too was drained after giving back-to-back scenes that involved portraying a lot of mental traumas and crying. As I came out of my shot, he stood in front of me, went down on his knees and proposed marriage. That was it, the moment of my life." (Also Read: Rose Sardana Of 'Meri Aashiqui Tumse Hi' Ties The Knot With Ankit Poddar, Looks Gorgeous In 'Chooda') 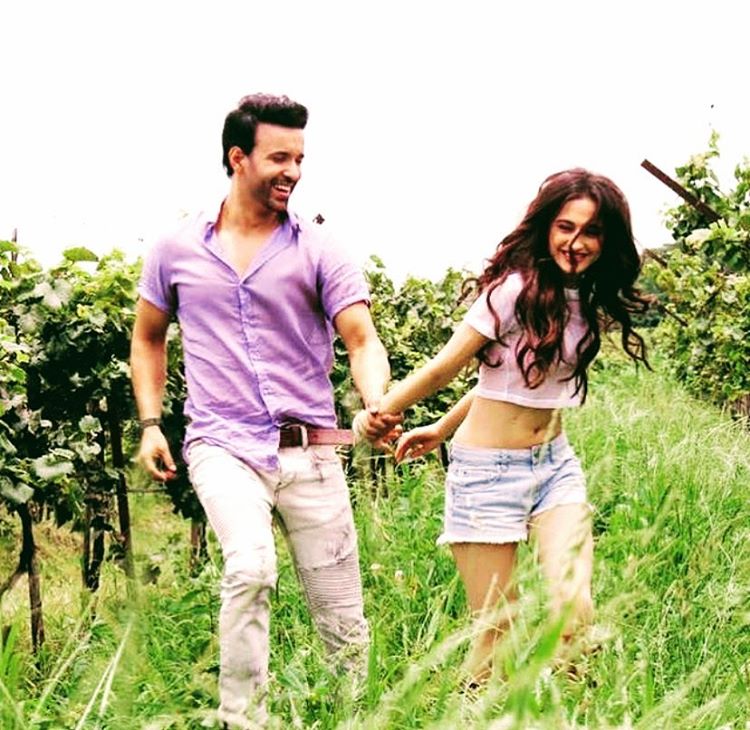 We hope Aamir and Sanjeeda give a clarification about the reports emerging about them in the media! 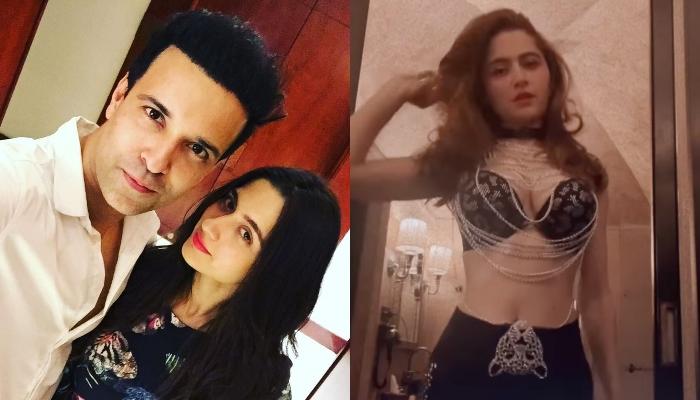 Television actress, Sanjeeda Shaikh has been making headlines for her super beautiful reels. The gorgeousness often shares glimpses of her private life with her fans. However, it looks like her recent reel made her a target of trolls, who dragged her decision of divorce in the midst. For the unversed,