In most Indian societies, when a woman enters her 30s with the tag of being ‘single’, she becomes a topic of national concern for everyone around. Whether she is independent, successful, or happy being single, it is never a concern for the traditionalists around.

Well, in a nation obsessed with TV and Bollywood stars, there are a few divas who are above 35, and are happily enjoying their 'single' status. Each one of them has proved and established herself in the industry. Vastly wealthy through their work and effortlessly sexy in their appearance, let us introduce you to these actresses.

Priyanka Chopra Had To Borrow Clothes For Herself At Isha Ambani-Anand Piramal's Engagement Bash?

Recommended Read: 7 Bollywood Actresses Who Made Us Believe That There Was Nothing Wrong In Marrying Late 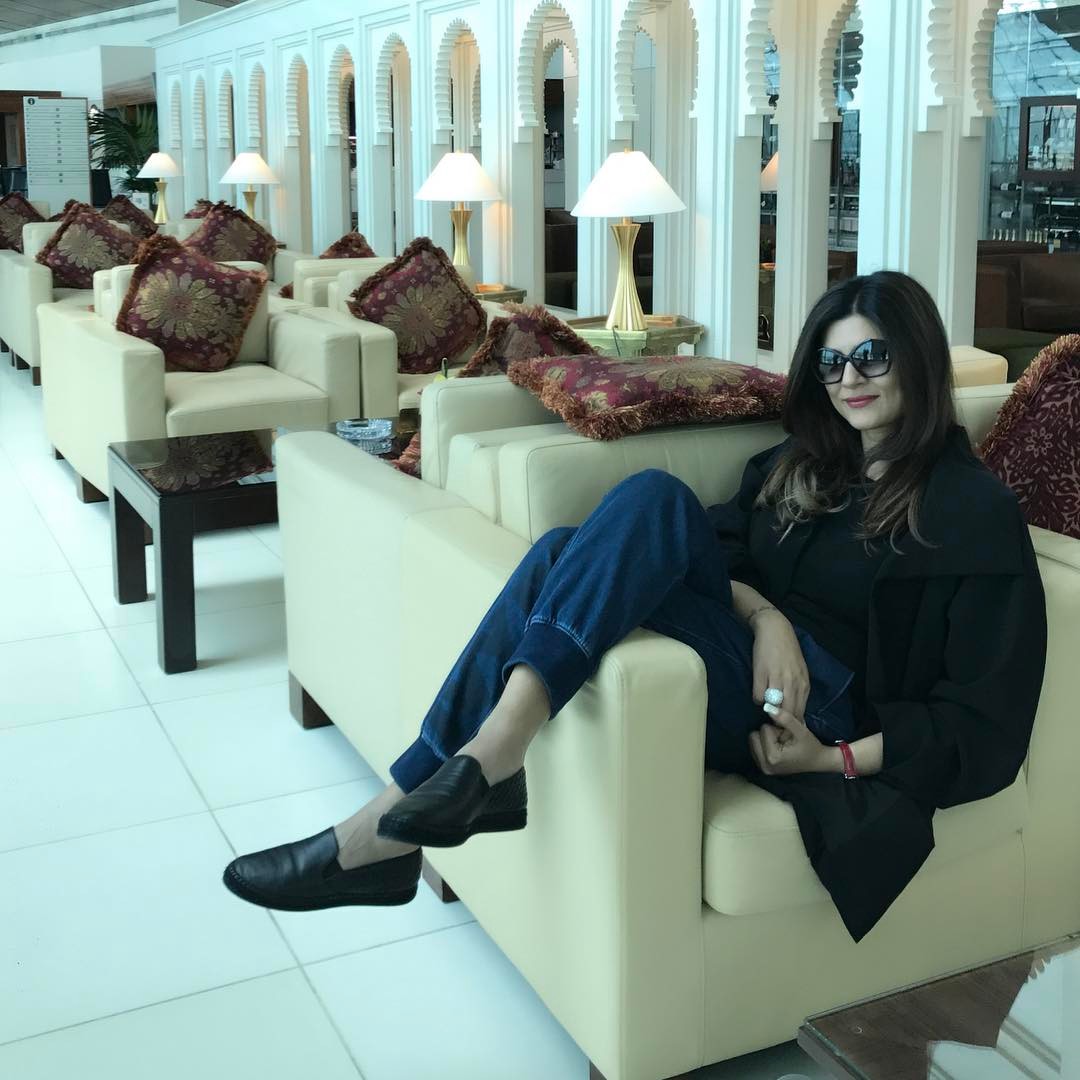 She won the title of Miss Universe in 1994 and created history by being the first Indian woman to do so. Her career in Bollywood took off to a slow start, but once it gathered momentum, she ruled the industry with her looks and talent. 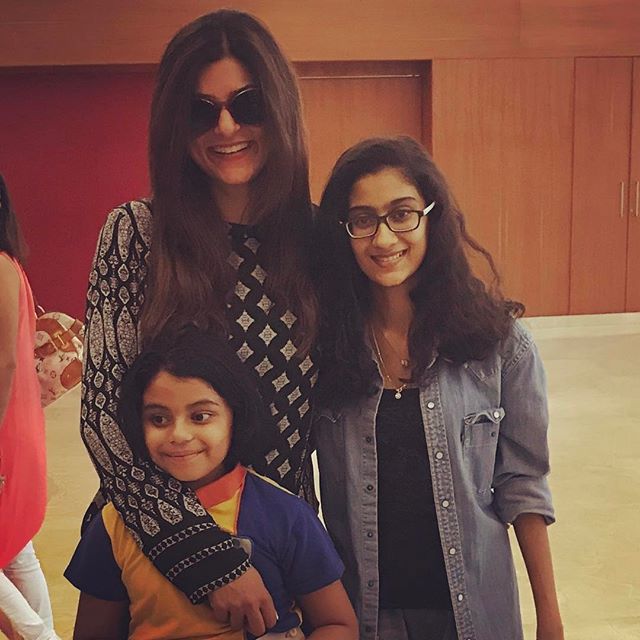 Sushmita became a proud single mom after adopting two girls- Renee and Alisah. After a lot of names were linked with her by rumour mills (which also included Randeep Hooda and Wasim Akram), Sushmita, now 42, in an interview said:

"Right now my entire focus is on spending quality time with them. There is no plan in my life now to get married."

Must Read: 5 Times Sushmita Sen Proved Why Being Single Is The Best Thing That Can Happen To You 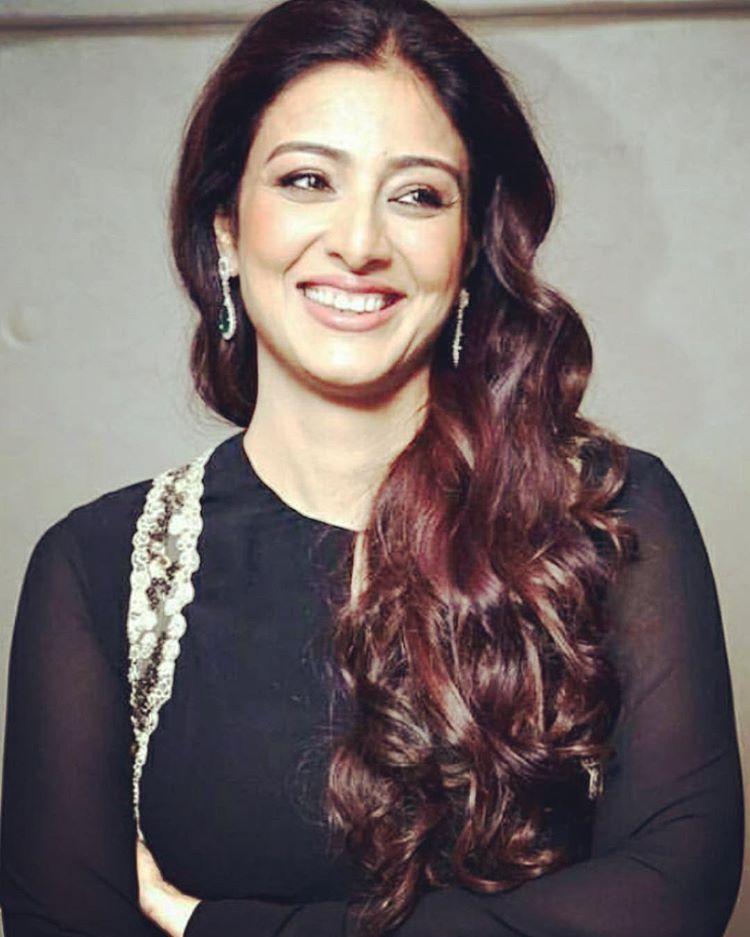 Tabu is well-known for her dusky looks and her off-beat films. Currently, 46, this single diva seems to have taken an offbeat path in her real life as well. Though she has been linked to various co-stars time and again, she still does not seem to be heading down the aisle anytime soon. When asked about her marriage plans, this is what Tabu has to say:

"Yeh [topic of marriage] abhi puraana ho gaya. Jo nahi hai uske baare mein baat karne ka kya faayda." (This topic is old now. What is the point to talk about things that are not there?)"

Also Check Out: 12 Bollywood Actresses Who Were Already Married Before They Entered Bollywood 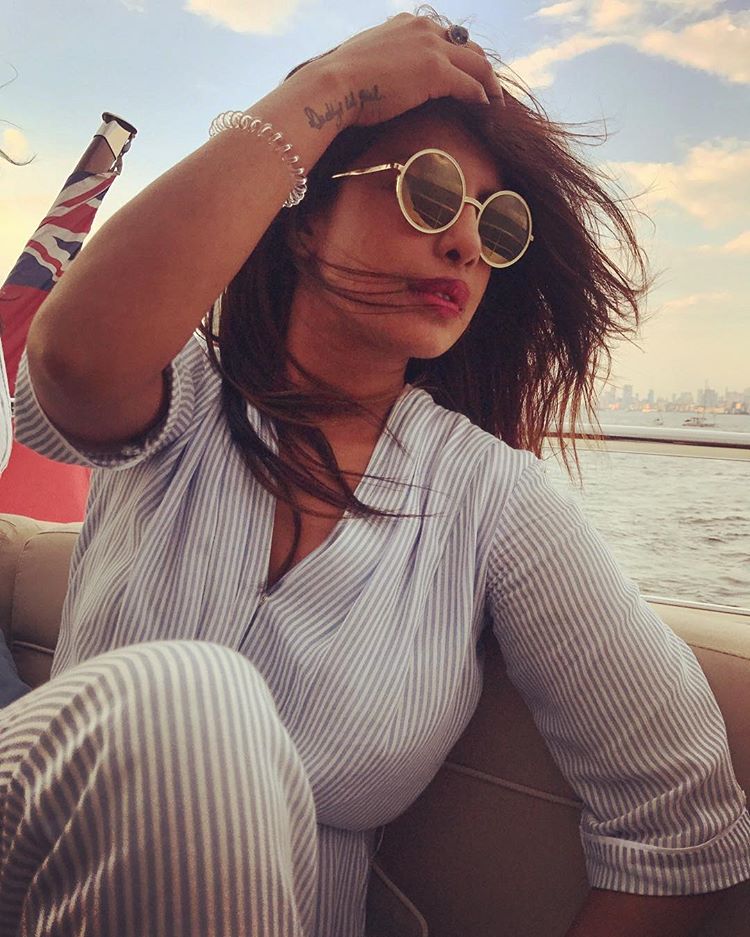 This former Miss World is also an actress and a singer. She has previously been linked to few of her co-stars but has always denied being in any kind of relationship. She is 35 and single and has her family’s complete support and backing in whatever she decides. As Priyanka says:

"Thankfully, I don’t have any pressure to get married from my family."

Also See: This Is How Priyanka Chopra Looks So Stunning And Fit Even In Her 30s At her late 30s, an ex-American actress and model, of Rockstar and Main Tera Hero fame, was also one of the top searched celebrities on the Internet in 2012. Currently eroding many top actresses in brand endorsements, she has many films lined in her kitty, all at the age of 38. 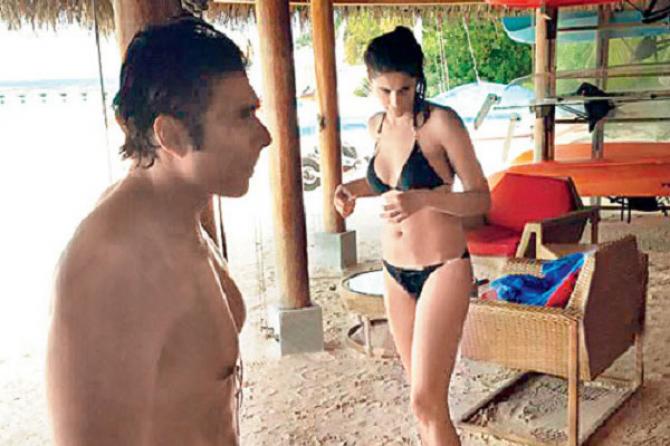 Nargis was rumoured to be dating Uday Chopra, though the two maintained a stoic silence on it. When it comes to marriage this is what she says:

"I want to be an independent woman. I will make my own career and money, so it’s okay if I don’t get married at all."

Also Read: Nargis Fakhri Finally Spills The Beans About Her Marriage Rumours With Uday Chopra In This Tweet 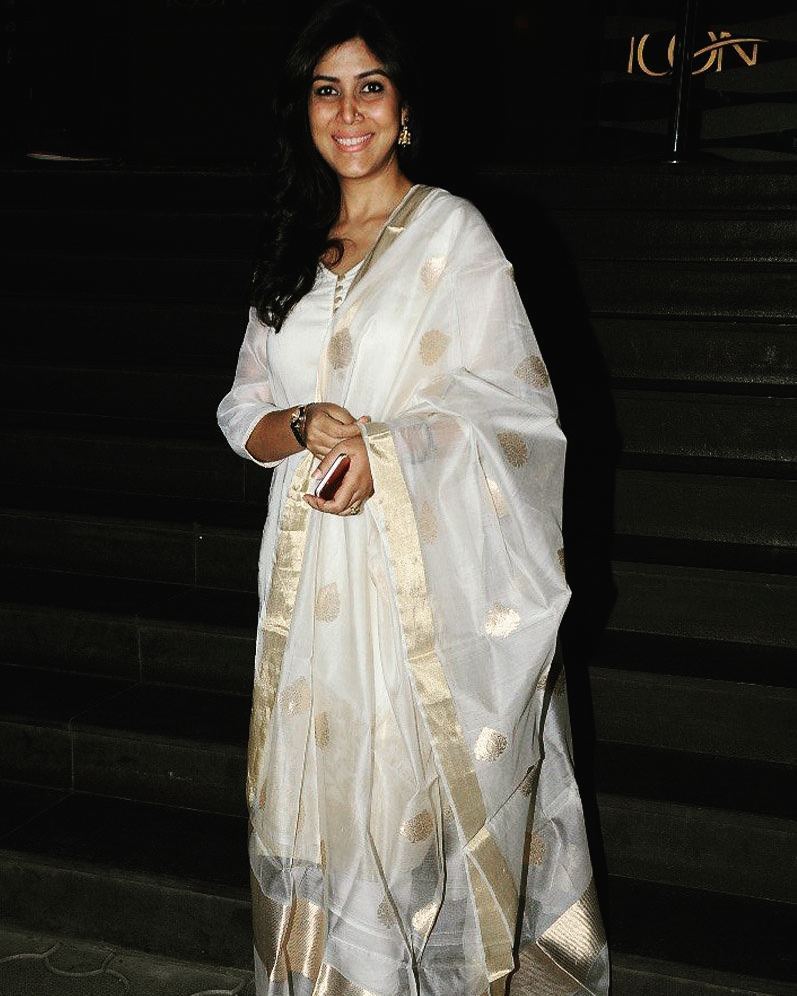 She has reigned the small screens ever since she played the role of Parvati bhabhi in Kahaani Ghar Ghar Kii. She won hearts as Priya in Bade Achhe Lagte Hain, and even won the Dadasaheb Phalke Academy Award for her performance. Even though she has been a favourite bahu and bhabhi on-screen several times, she is happily unhitched in real life. 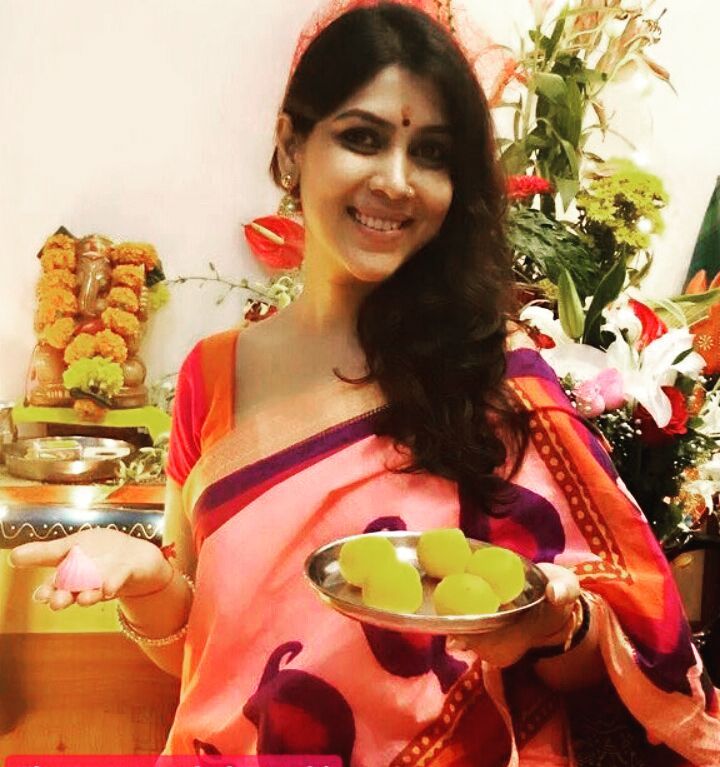 Earlier last year, the 45-year-old debunked rumours of secretly getting married to a businessman, and this is what she had to say about marriage:

"I am very much single. I haven't found anyone I want to marry. Normally people find love. But in my case I feel love has to find me. I feel your birth, marriage and decided are pre-ordained.”

You May Like: 8 Fashionable Celeb Daughters Who Are As Gorgeous As Their Moms Everyone’s beloved Jassi is very much single. The 36-year-old actress was earlier in a stable relationship with Bollywood hottie, Vidyut Jamwal. Though, both of them were reluctantly acknowledging their relationship, but Vidyut did let the cat out of the bag in one of his interviews. 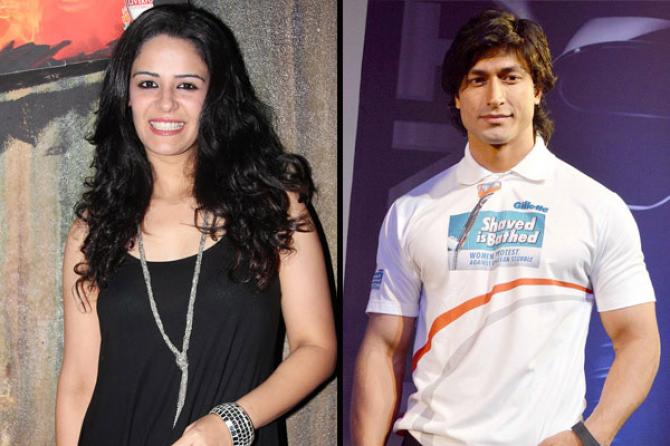 Soon, their love story came to an end and Mona has been more than happy being single. The 36-year-old actress while talking about an ideal life partner, she said:

"I would love to have a swayamvar. Let's have a contest and look for a groom for me.” 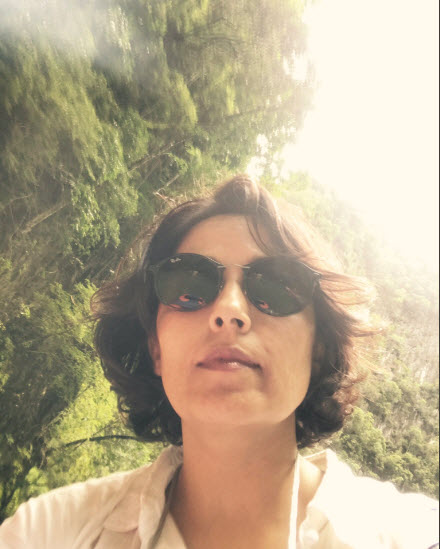 Whether we talk about Na Aana Iss Des Meri Laado or we take the name of Dahleez, Meghna Malik is one name that we will click instantly. This 46-year-old has given some applaud-worthy performances in both the serials. 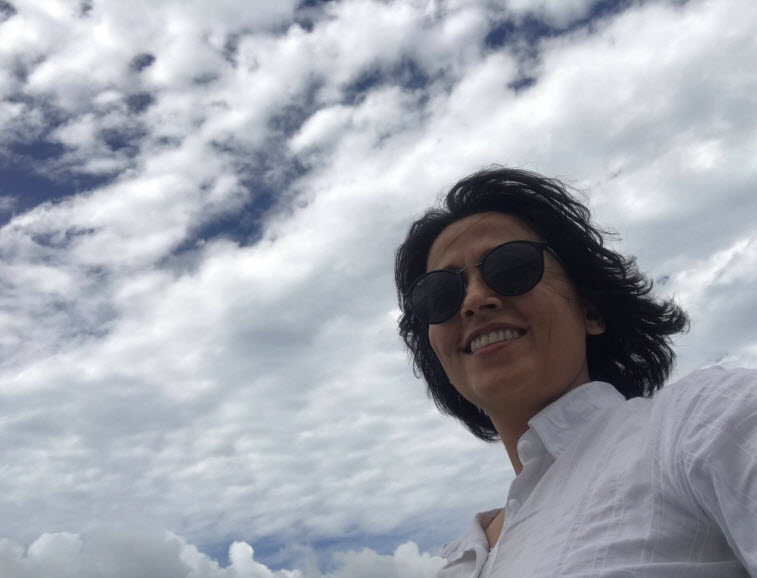 Happy and single at the age of 46, Meghna Malik is still waiting for her Mr. Right:

"I have been lucky that my love for acting is still alive and therefore, it does not bother me whether I am married or not. Yes I do believe that someone somewhere is made for me too, but I am yet to find him. There are times when the feeling of loneliness does hit me, but then, I engage myself in work so much that I don't get time to think about it." 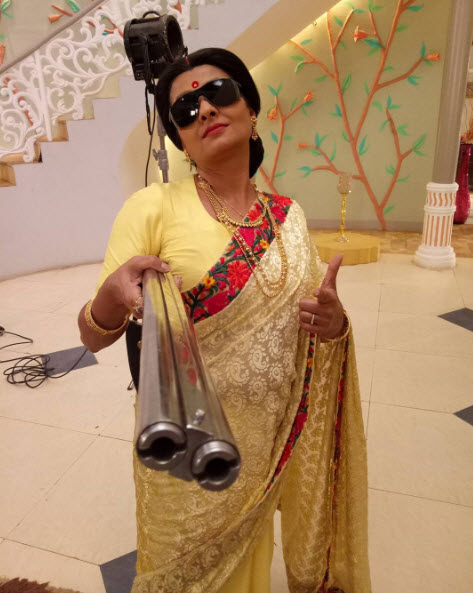 She rose to fame through her amazing stint in Kyunki Saas Bhi Kabhi Bahu Thi. She did an amazing job recently in Bharat Ka Veer Putra - Maharana Pratap as Maham Anga and in Devon Ke Dev Mahadev as Diti. She is too busy with her work and is enjoying her single status completely at the age of 46. She seems to be happy with her single status as she was once quoted as saying:

"If I get someone who is thoughtful, understanding, has good manners and upbringing and who can be my friend too, I am willing to get married. However, this does not mean that I am looking around. In fact I am happy with my single status." Not just this, but her single status became a nuisance for her. She said:

"After my breakup few years back, I was surprised that some of my male friends tried to pursue me. I was completely shocked with the mindset of such people who cannot accept the fact that a woman can stay alone and be happy. It was a major setback for me." One of the famous actresses of the showbiz world, Monica Bedi, is single at the age of 43 and rocking it like no one else. When Monica was an aspiring actress she was dating underworld don, Abu Salem. Here’s what she said in an interview:

“I met Abu around the end of 1998 at a show in Dubai. He introduced himself as a businessman but with a different name. After I returned to Mumbai, he kept in touch. We became friends over the phone. He’d call me up every half an hour; the comfort level grew between us. I began sharing things with him. We kept talking over the phone for around nine months. I don’t know when we fell in love.” “Then I flew to Dubai to meet him. There he told me that his real name was Abu Salem. Even then I didn’t know who ‘Abu Salem’ was. Actually, not many had heard his name then. He said he owned a showroom of cars, which he showed me from outside. He also organised shows. In the little time that we spent, we were nice to each other. You watch a film, go for dinner and your time is over… He was loving, caring and down to earth. I didn’t feel the need to go into any further details. When you’re in love you don’t see beyond.”

Now that the actress is single, here’s when she talked about her marriage plans:

“When I find the right person, who I can trust as my life partner, I will get married. But right now, I am completely focussed on my work.” 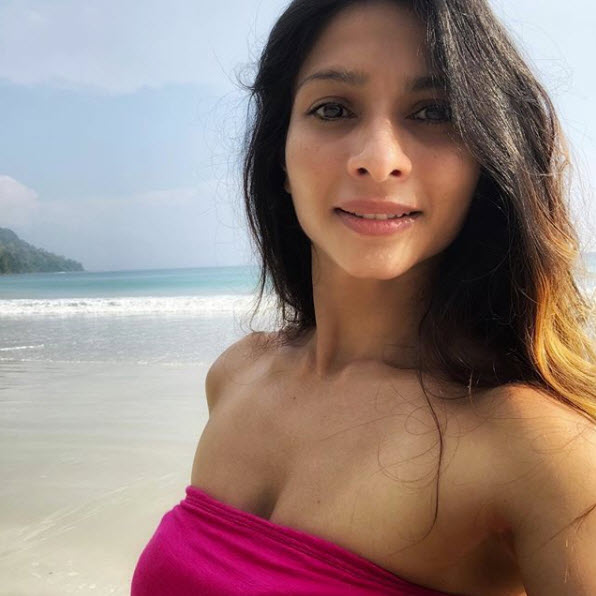 The younger sister of the superstar of Bollywood, Kajol, Tanishaa is a known face in Bollywood. Tanishaa made her Bollywood debut opposite Uday Chopra in the film, Neil And Nikki. Though her Bollywood career never saw the light of stardom, she somehow managed to get a few roles. She later came in the Bigg Boss house and gained stardom. She is 40, single and happy in her life. She has previously dated her co-star, Uday Chopra for a brief period and later her co-contestant, Armaan Kohli. Currently, she is not in a relationship and not even thinking of marriage.

Recommended Read: Mona Singh Aka Jassi Opens Up About Her Marriage Plans Like Never Before

Thank you, ladies, for giving us the most amazing reasons to cherish our singlehood and not feeling bad about finding the one! In case we missed out on any stunning diva who is above 35 and is super-happy in the Singles' Club, do let us know in the comments section below.

Priyanka Chopra Had To Borrow Clothes For Herself At Isha Ambani-Anand Piramal's Engagement Bash?