Bollywood is a visual medium, and so to look good is imperative. Our Bollywood celebrities work really hard to look their best on the big screen. A combination of a super-tough workout regime and disciplined diet is what gives them those envious looks. The Dabangg Sonakshi Sinha was a chubby girl before she stole our hearts as Rajjo. She used to be 90 kgs before she made her debut opposite Salman Khan. For her, losing 30 kgs wasn’t easy but she did it by working out regularly and eating healthy. For Sonakshi, not eating was a big challenge thus, dieting wasn’t an option. Therefore, her trainer asked her to eat healthy food. She left all the junk and artificial sweets and replaced them with food rich in protein. This high protein diet supported her rigorous workouts as well.

To know how she shed it all, read: The Incredible Weight Loss Journey Of Sonakshi Sinha 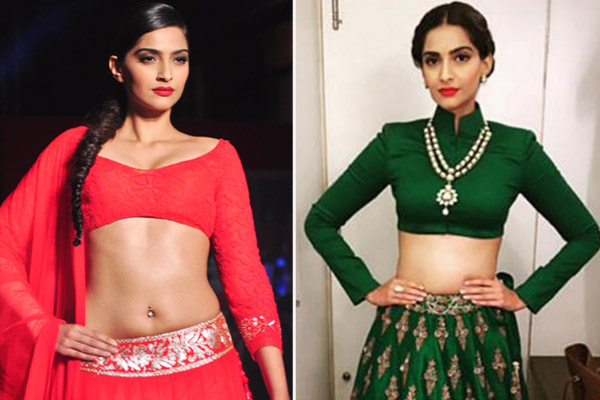 Sonam Kapoor is a true diva. With all the Louis Vuitton, Channel and Gucci, she can give any Hollywood A-lister a tough competition. Before she dazzled in the flowy lehengas in Sanjay Leela Bhansali’s Saawariya, she was a plump kid with lots of piercings. However, with dedication and willpower, she lost 30 kgs. 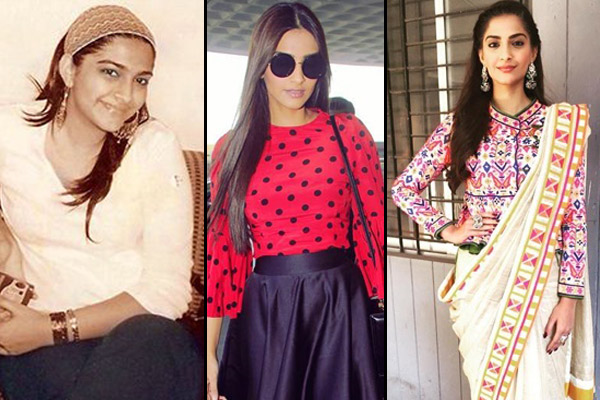 Sonam Kapoor is very strict with her diet. There are no cheat days for her. She follows a low-carb and high-protein diet which is divided into five small meals. She munches on dry fruits and drinks milkshakes if she feels her hunger rising.

This is how she lost all the extra bulges: Read The Jaw-Dropping Weight Loss Secrets Of Sonam Kapoor Parineeti did not want to be an actress so she wasn’t very conscious about the way she looked. When she was signed by Yash Raj films, she lost oodles of weight to star opposite Ranveer Singh. However, she had to lose more to survive in the film industry 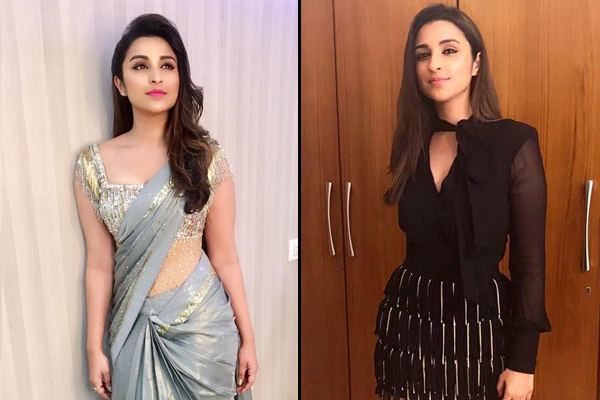 Parineeti took a break and learnt Kalaripayattu which is a martial arts form from Kerala. She replaced all her white food items with their brown substitutes. Other than this, she signed up for a detox programme in Austria where a special diet chart was prepared just for her. This was a rather tough one which was to be followed diligently. This helped her tremendously.

To know how she went from size 38 to 30, read: The Stunning Weight Loss Secrets Of Parineeti Chopra Revealed Like his cousin Sonam Kapoor, Arjun was also overweight. He weighed a whopping 140 kgs before he signed up for Ishaqzaade. He does CrossFit for 20 minutes every day and consumes lots of proteins for those killer abs. 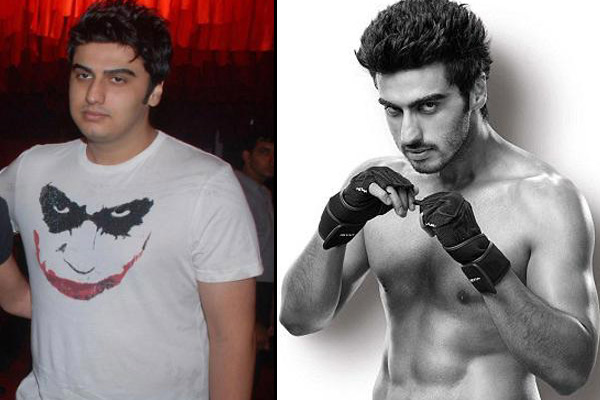 His diet is very rich in protein. He consumes a lot of egg whites, boiled or grilled chicken and fish. He likes his chapatis made with pearl millet. He is a meat lover. He eats pineapple and strawberries and prefers protein shakes.

Read what he did to lose all the extra bulges: Revealing The Amazing Weight Loss Journey Of Arjun Kapoor 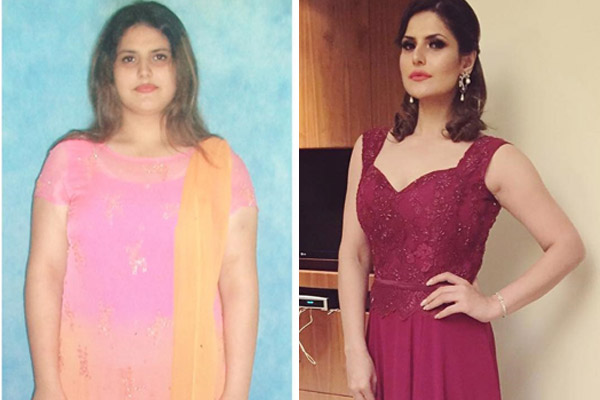 The critics were very harsh towards Salman Khan’s new finding. When Zareen made her debut with the movie Veer, she was a little on the heavy side. Despite her talent, she was written off by the critics due to her ‘larger than frame’ presence. 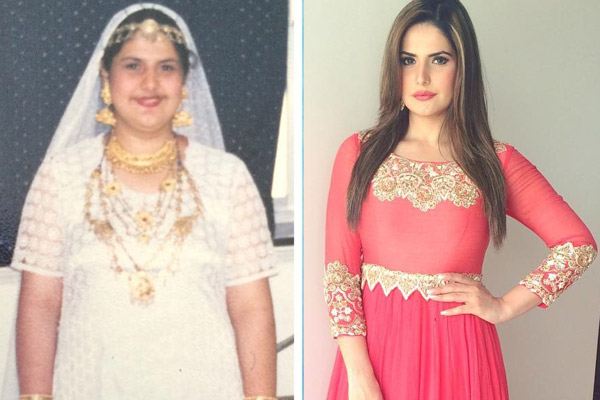 To lose weight, Zareen followed a high protein diet which includes a lot of fruits and vegetable. Other than this, she is obsessed with drinking a lot of water for a good detox. She prefers ghee over olive oil as it is good for the skin, hair and bones.

Read Zareen's journey: This Is How Bollywood Beauty Zareen Khan Transformed From 100 To 57 Kilos And Put All Body-Shamers To Shame 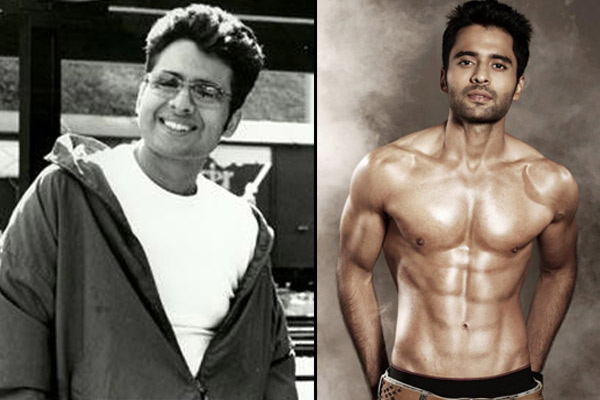 Jackie might not have made a strong mark with his acting skills, but his weight loss journey is inspirational. He was a boy who used to weigh 130 kgs. No one could have guessed that under those tires would be amazing abs.

Jackky did crash dieting for a while so he said goodbye to salt for the first 8 weeks of his training. He wasn’t allowed to eat post 7 pm. He himself accepts that he had no life during those gruelling sessions. 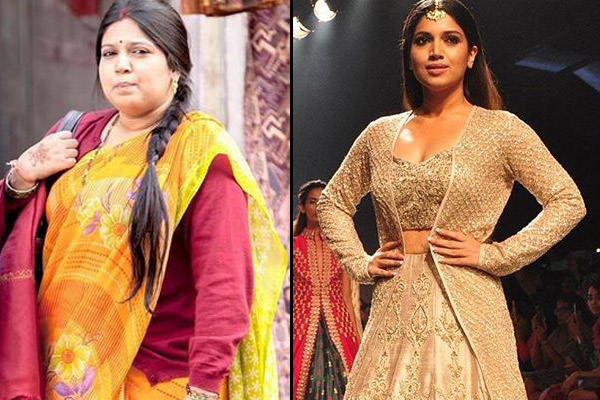 Bhumi Pednakar broke the stereotypes and entered into Bollywood with a movie like Dum Laga Ke Haisha where she had to be overweight. She really made us her fan with her commendable performance. For this role, she had to gain a lot of weight which she successfully lost later on. Bhumi is a flag bearer of healthy eating. Unlike other celebrities, she did not restrict herself from enjoying the food. All she did was to switch the unhealthy ones with healthy choices. She gave up on refined sugar, carbs and alcohol. Her mother made a diet chart for her which included simple homestyle food.

Also checkout what this lady did: The Incredible Weight Loss Journey Of Bollywood Actress Bhumi Pednekar Will Leave You Inspired Tanmay Bhatt has made us laugh harder than we could handle. With his stints with AIB, he never fails to amaze us. Tanmay Bhatt has always been on the obese side and there is no hiding it. He lost 109 kgs by following Keto diet. Keto diet endorses increased intake of healthy fats along with some proteins. It is a low carb diet. It might sound weird but this actually works!

Must Read: All About Keto Diet And The Workout That Helped Tanmay Bhat Lose 109 Kgs In 12 Months 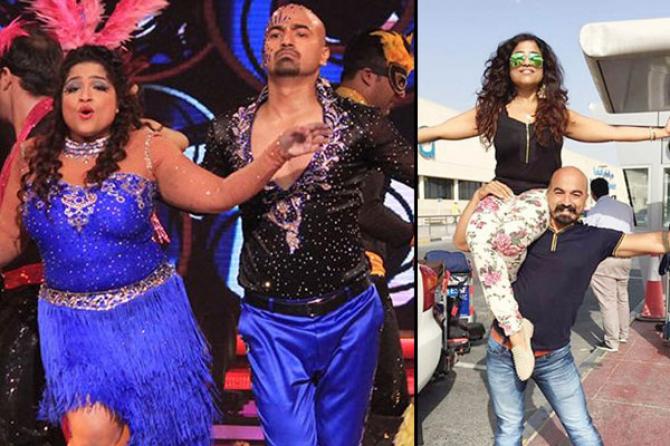 The bubbly RJ Malishka makes every morning energetic with her magical voice. The girl who showed her other talents on Jhalak Dikhhla Jaa understood the importance of being fit on the dance-based reality show. Losing weight isn’t a cakewalk. One needs to be dedicated and stern to go through the process. It is not for the ones with faint hearts. But with some changes in the lifestyle, it can be done. With hard work, nothing is impossible!