Fashion Celeb Brides And Their Designer 'Kaleeras'
Home / For Brides

There is nothing more special than wearing your family heirloom on the biggest day of your life. Take inspiration from 7 brides, who had donned their mom and grandmom's jewellery at their wedding!

Getting married is the happiest phase in any woman's life. From dealing with the wedding jitters to sharing countless jokes with siblings, getting married is a rollercoaster ride of emotions. And a bride carefully treasures every little moment of her wedding festivities in her memory box and gets ready to leave her babul ka ghar. It may sound a bit filmy, but it is the reality of every bride, and they happily embrace it.

Over the years, we have seen brides donning designer labels for their wedding outfits and jewellery. However, there is nothing more beautiful than wearing something, which holds a special place in your heart on your wedding day. We have spotted many brides, who had left our jaws dropped by donning some of the whimsical jewellery of their mothers and grandmothers. Let's take a look at the brides, who won our hearts by opting for family jewels on their big day!

The Perfect Wedding Jewellery Look For This Summer: How Much Is Really Enough

Doctor Bride Donned A 'Rani' Pink 'Sharara' For Her 'Anand Karaj', Styled It With A 'Jhoomar'

#1. Bride wore her great grandmom's passa for her wedding 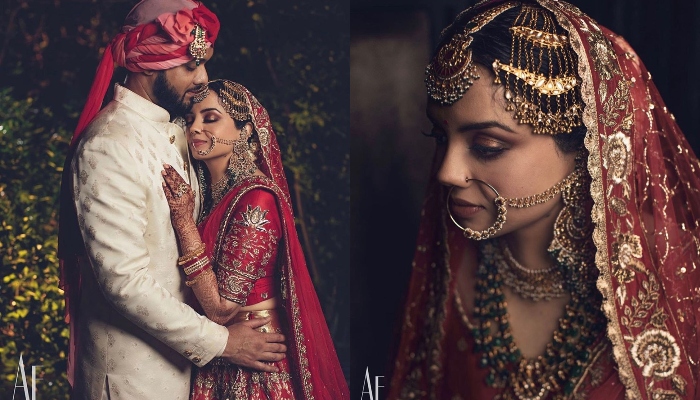 The bride, Tisha Saksena, a fashion designer by profession, had tied the knot in a grand wedding ceremony in March 2020. The gorgeousness had worn a beautiful red lehenga with heavy golden zari work. However, the special part about her wedding look was the way she had styled her great-grandmom's passa. It is a family heirloom, and she had worn it with Amrapali's jewellery.

#2. The bride had worn her grandmother's 71-year-old jewellery The bride, Tripat Kang, had tied the knot with her beau, Rehmat Singh, in Manali amidst the pandemic. For the wedding, she had opted for a whimsical pink lehenga from House of Kotwara, which was customised especially for her. However, the best part about her entire look was her minimalistic jewellery set, which was of her grandmother, that was passed down to her. Her grandmother had received the set as a wedding present from her father-in-law, Sardar Baldev Singh. He was the first defence minister of India and had a great eye for detail.

#3. The bride wore her mother's lehenga and her family jewellery 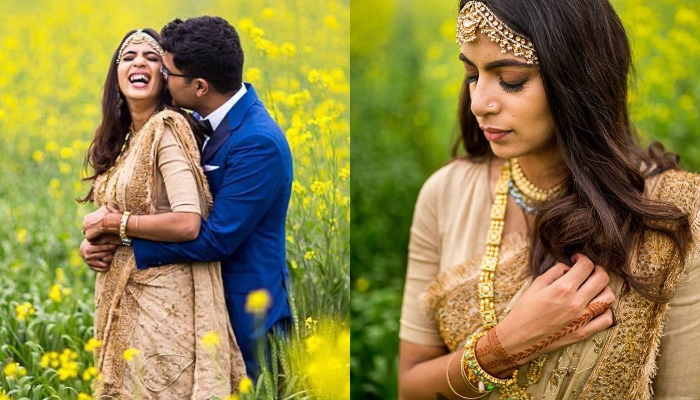 The bride, Devika Narain, had married the love of her life, Joseph Radhik, in 2017. Her wedding was super special for many reasons. She had not just ditched a bridal ensemble for her big day but had worn family heirloom jewellery. She had worn her grandmoms' earrings and her great grandmom's choker neckpiece.

#4. The bride had worn her mother's saree and choker neckpiece The bride, Megha, had tied the knot with her longtime beau, Rahul, in 2020 during the first nationwide lockdown due to the pandemic. The gorgeousness had got married in an intimate wedding at home. For the big day, she had donned her mother's yellow silk saree with beautiful work on the border. She had styled her look with a minimalistic choker of her mother. The combination had looked on point.

#5. The bride had worn her naani's choker neckpiece 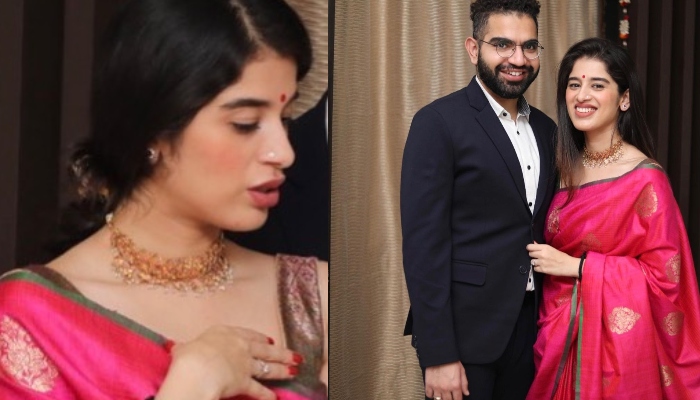 The bride, Chaitali, had got married amidst the pandemic at her own home due to the lockdown in 2020. For her special day, she had opted for her mother's beautiful pink saree from Meena Bazaar. However, it was her gold choker, which was her grandmother's vintage jewellery, that had accentuated her look.

#6. Bride wore her naani's heirloom jewellery for her special day 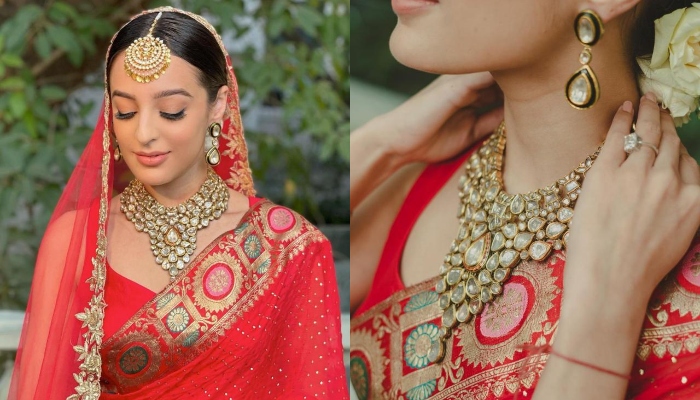 The bride, Tarini Manchandani, had tied the knot with the love of her life in a dreamy wedding ceremony. The bride had worn a red chiffon saree. The fabric of the saree was bought by her mother when she had visited Paris over a decade ago. She had also added her great grandmom's saree's border to her wedding outfit. For the jewellery, the bride had donned her nani's necklace, a maang teeka and her mom's earrings.

#7. Bride wore a nath she had inherited from her family 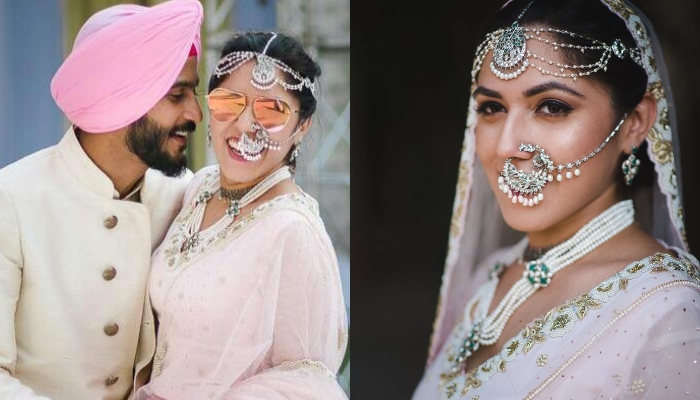 The bride, Nina had got married in 2017. For the Anand Karaj ceremony, she had designed her own lehenga in pink with pearl detailing. She had also self-designed her wedding day jewellery. However, the stunner was her vintage nath, which she had inherited from her family. She had looked on point with all the fashion elements in place.

Well, we love the brides and how beautifully they had re-worn their family jewellery. Isn't it a lovely way to incorporate your elder's blessings on your biggest day?

The Perfect Wedding Jewellery Look For This Summer: How Much Is Really Enough