Bollywood celebrities love to do everything in style. So, it is only natural that when it comes to honeymoon, they choose a destination that is high on the quotient of love, beauty and charisma.

Recommended Read: 6 Bollywood Celebrities Who Got Married Not Once, Not Twice, But Thrice

They also value their privacy, and thus the plans are kept under wraps and spots are chosen away from the prying eyes of the shutterbugs. Here are some of the desirable honeymoon haunts of our Bollywood celeb couples. 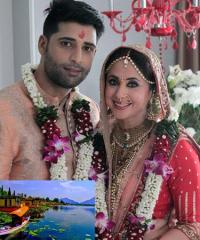 Urmila Matondkar married Kasmir-based businessman Mohsin Akhtar Mir, in a private ceremony on March 3, 2016. The wedding was quite different from the usual celebrity weddings as it was a complete hush-hush affair. The newly-wed couple then flew to Kashmir, the Mister's hometown, for their honeymoon. Cute, isn't it?

Also Read: 12 Bollywood Celebrities And Their Link-Ups With Foreigners 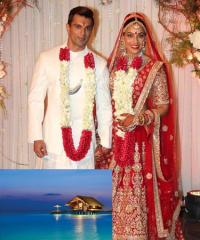 After a starry wedding and dreamy reception in Mumbai, the cute 'monkey' couple, Bipasha Basu and Karan Singh Grover headed to Maldives for an amazing honeymoon getaway. Bipasha is very active on Instagram, and thus we were constantly kept posted about the immense amount of masti the lovebirds did on their honeymoon. 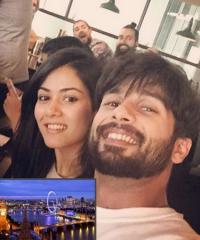 So, this cute Bollywood couple, who tied the knot in early July 2015, created quite a ripple with their wedding. And, then they on their honeymoon to London. Shahid Kapoor posted a selfie from his wife, Mira’s Instagram profile. They were off to London after Shahid finally wrapped up his work commitments with Shaandaar, Udta Punjab and Jhalak Dikhhla Jaa. 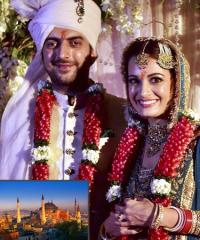 Dia Mirza and hubby, Sahil Sangha went to their honeymoon after almost 10 months of their wedding. The duo has been keeping busy with their new production company, Born Free Entertainment, which produced Love Breakups Zindagi and Bobby Jasoos. Reportedly, the couple was off to Turkey for their honeymoon. 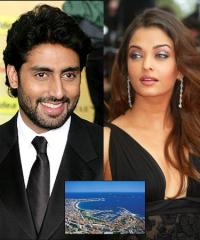 The Junior Bachchan and his gorgeous wife Aishwarya Rai, headed for their honeymoon sojourn to Europe. In between, the newly-wed Mrs Bachchan had to take a quick visit to Cannes to be at the film festival as a part of her commitment as the brand ambassador of L’Oreal. However, the couple’s desirable holiday destination remains New York where they like to escape to whenever they are free. 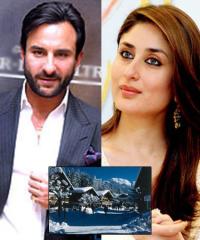 The much-awaited wedding and the following exuberant reception of the Chhote Nawab and younger Kapoor sister kept this couple in the headlines for a long time. For their honeymoon, they chose the beautiful Gstaad amidst the scintillating Swiss Alps. It was not their first time together there. This beautiful couple is known to have stayed there on their earlier vacations. 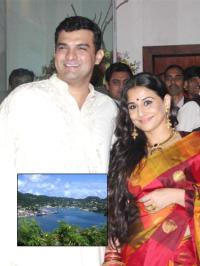 Just as the craze regarding the sophisticated royal marriage of Saifeena was calming down, the news about Vidya Balan and UTV head, Siddharth Roy Kapoor getting hooked hit the air. Though the couple kept the whole thing very private, the media made no delay in finding out that the couple planned a honeymoon trip to the fabulous Caribbean islands for a concluding couple of weeks of the year 2012.

You May Like: 10 Famous Bollywood Celebrities Who Married Their Co-Stars 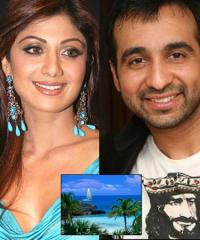 After a period of undaunted wooing London-based entrepreneur Raj Kundra finally managed to win the love of gorgeous Shilpa Shetty. As soon as their grand wedding was over, they flew to the beautiful Bahamas to spend some time together. The resort that Raj Kundra had booked for their coveted vacation is known all over the world for its captivating casino, cryptic underwater ruins, mesmerising marine habitat and breathtaking waterfalls and lagoons. 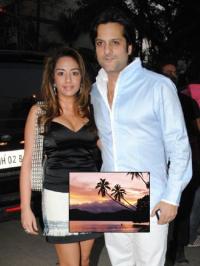 The serene and tranquil Fiji Islands, far from the madding crowd, was what the high-profile couple, Fardeen Khan and Natasha Madhwani chose for their honeymoon destination. The Royal Davui Island Resort was the place for their romantic getaway, after their gala marriage studded with celebrities from all fields. Just like their choice of the locale, the resort was equally well chosen. The villa peeks onto the charming Beqa lagoon; and, offers a thrilling experience at the Great Barrier Reef, not to mention the opportunities provided to go catamaran sailing. 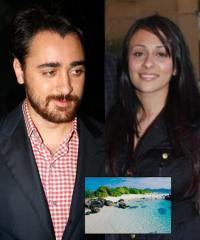 Chocolate boy Imran Khan, who swept Bollywood with his great looks and daring roles, married his childhood sweetheart Avantika. The couple went honeymooning amidst one of the several isolated islands of Phuket in Thailand. The reason for choosing this island was its privacy.

Also Read: 9 Bollywood Celebrities Who Chose To Get Married Outside India 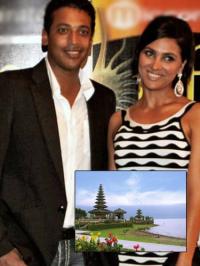 Here is a perfect example of a belated honeymoon. After their wedding, both of them were pretty occupied with their careers. Mahesh had to rush for a tennis match in Dubai, whereas Lara had her commitments with the shooting of Don. Finally, they found some time and the couple decided to put their career commitments on the backbench and head to Bali for their honeymoon.

So, here we're! These were the honeymoon destinations of your favourite Bollywood couples! What do you think? Pick your favourite from this lot and do let us know in the comments section below.

Next Read: 7 Bollywood Celebrities Who Are More Successful Than Their Star Parents