Arun Lal is all set to tie the knot for the second time with his girlfriend, Bulbul Saha on May 2, 2022. before this, they registered their marriage and pictures from the same are out. Check out!

Former Indian cricketer, Arun Lal is all set to tie the knot for the second time with the love of his life, Bulbul Saha today, on May 2, 2022. The duo had been in a steady relationship for quite some time and had finally decided to take the plunge. In an exclusive conversation with Bollywoodshaadis, Bulbul Saha had revealed that the duo had met each other for the first time at a common friend's party, and gradually they had fallen for each other.

For the unversed, Arun Lal is currently the Bengal Team's head coach and his ladylove Bulbul Saha has been associated with a private school in central Kolkata for about eight and half years. Their pre-wedding ceremonies had begun on April 24, 2022, with shagun ki haldi. Bulbul had taken to her social media handle and had shared glimpses from the intimate haldi ceremony along with Arun and their families. For the ceremony, Bulbul had looked gorgeous in a yellow saree paired with a red blouse, and Arun had looked handsome in a yellow kurta paired with a floral printed blazer and white pyjama.

A few hours ago, Bulbul Saha took to her IG handle and shared a series of pictures from her registered marriage with Arun Lal. In the pictures, the 66-year-old ex-Indian cricketer looked ageless in a white kurta paired with a white pyjama and sky-blue-coloured coat. Complementing him, Bulbul was seen wearing a white chiffon saree paired with a sleeveless blouse. They were seen registering their marriage, followed by a cake-cutting ceremony. A glimpse of the beautiful cake with the label 'Arun Weds Bulbul' was also seen in one of the pictures. Sharing them, Bulbul wrote:

"Officially Mrs. Lal. Thanks to my family and friends for supporting us." 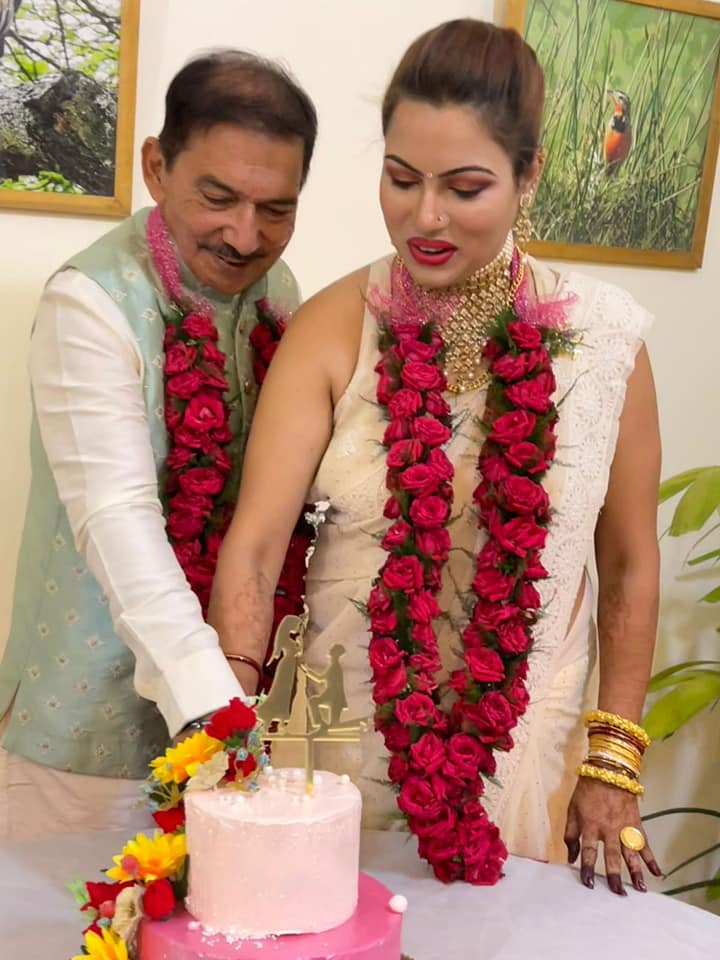 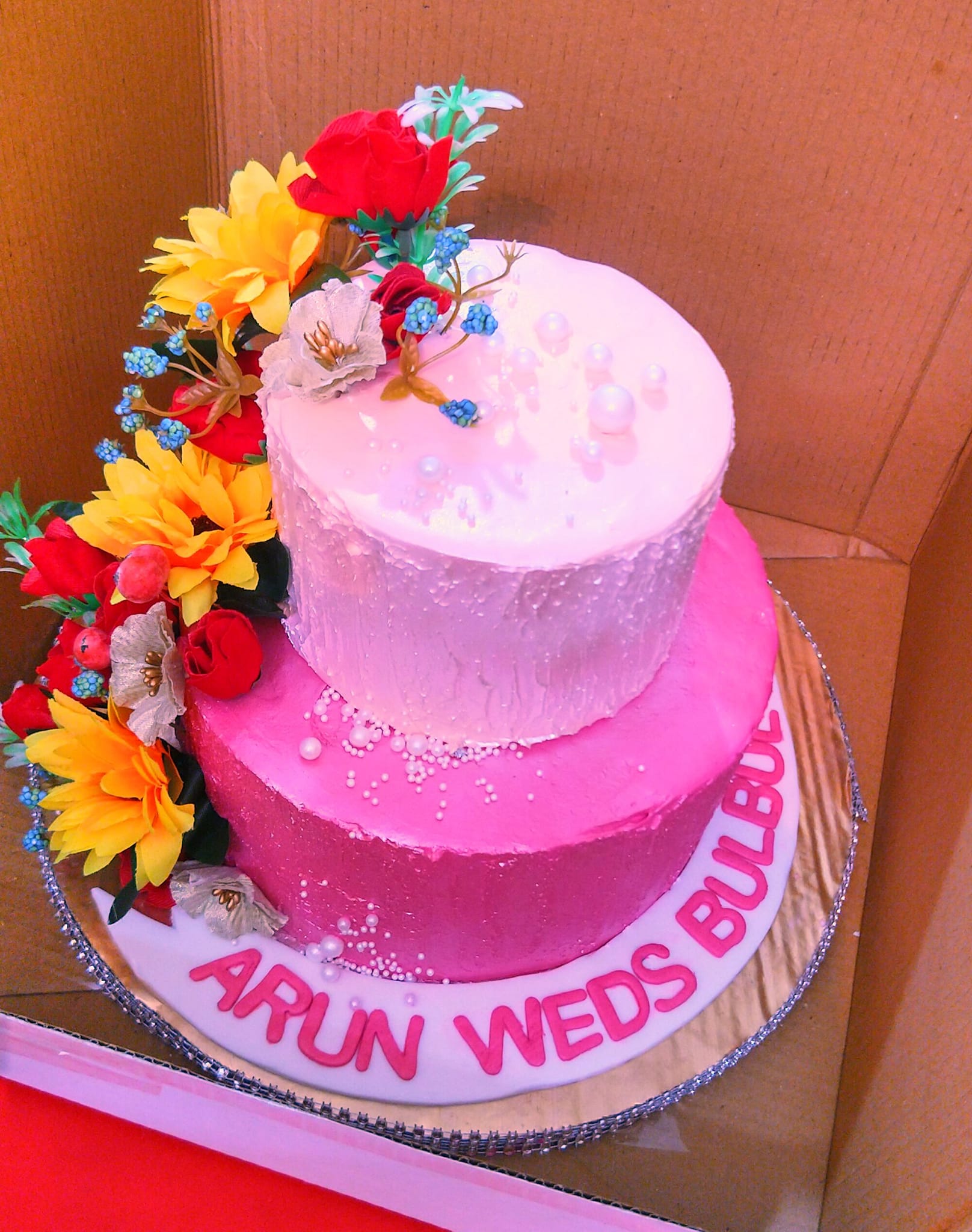 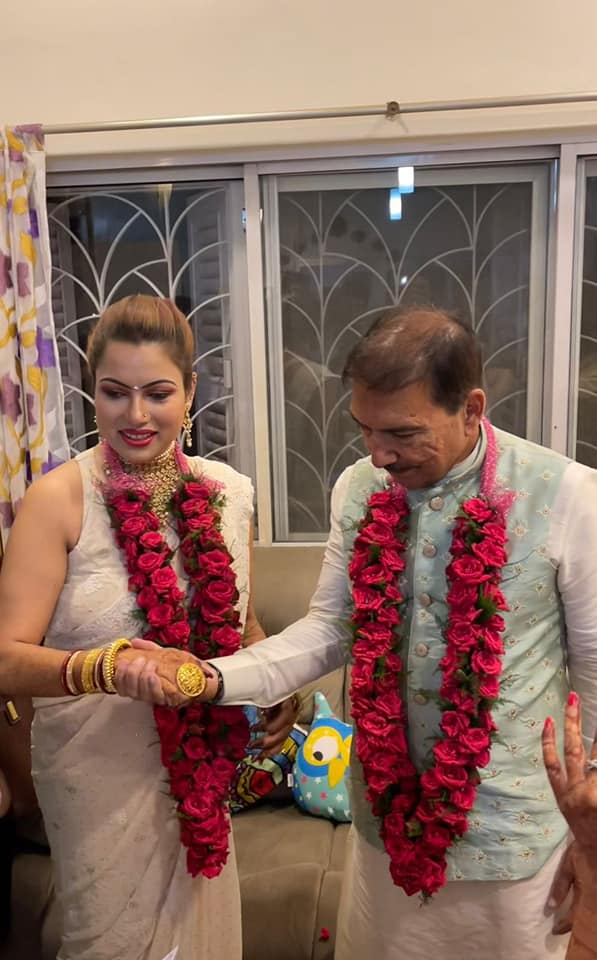 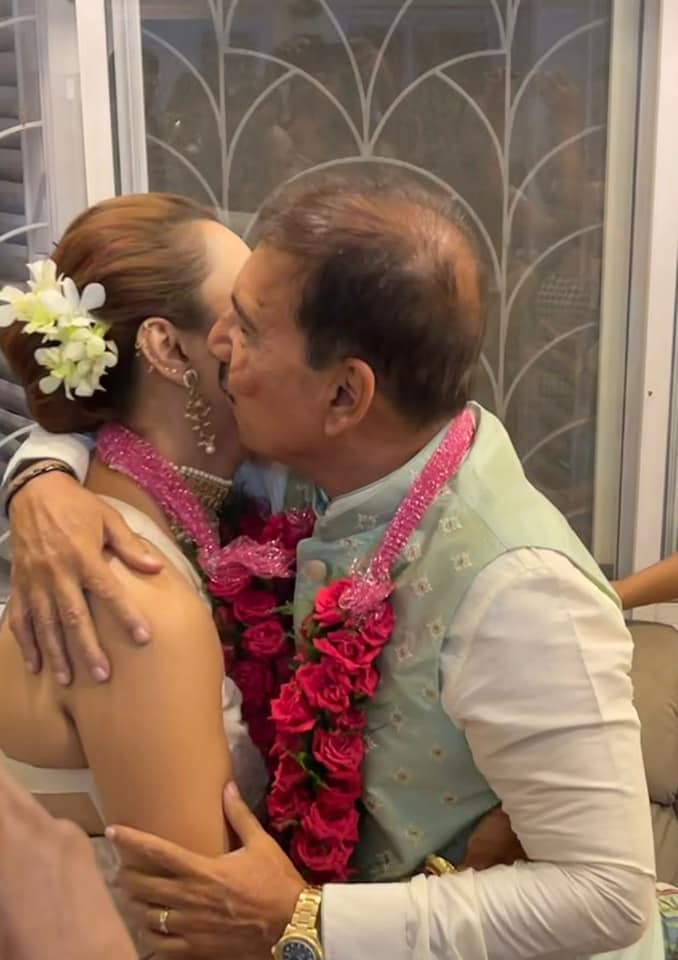 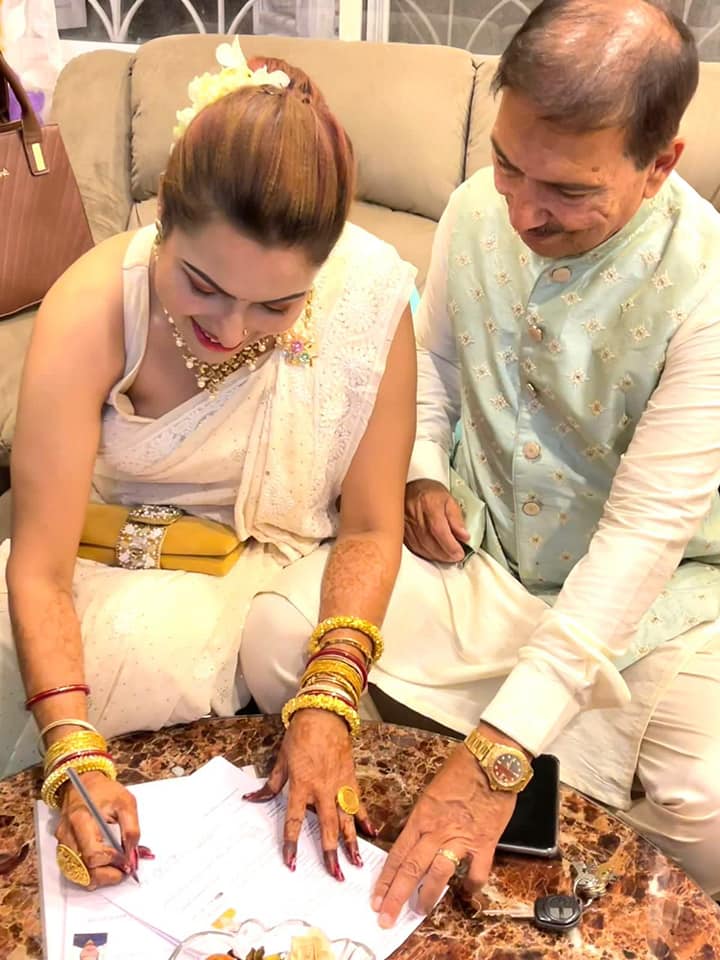 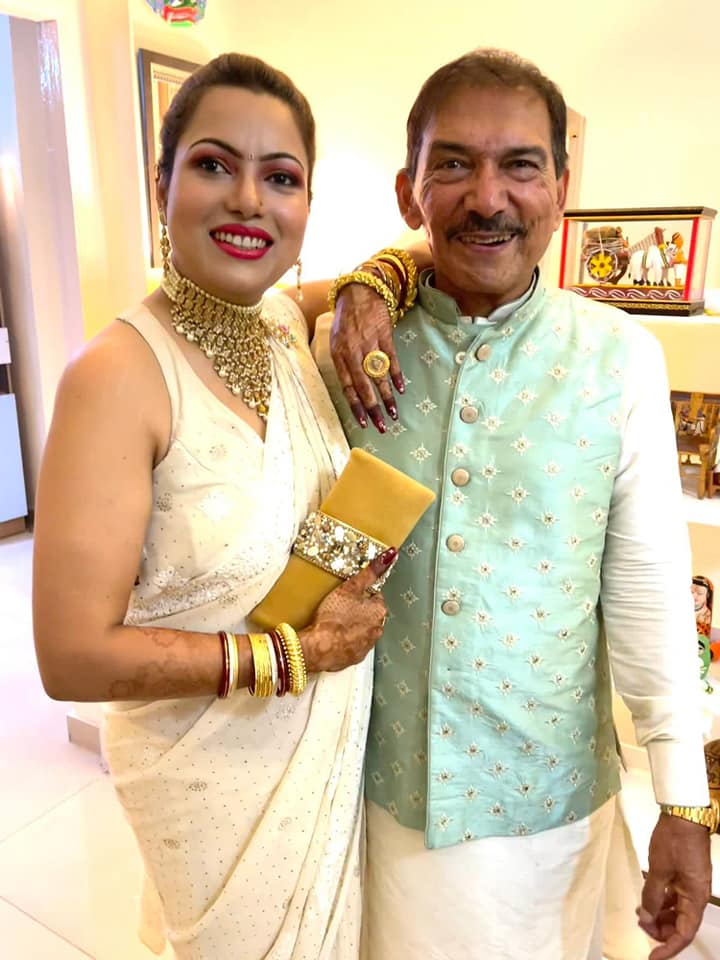 Following their registry, the couple would be having a social marriage today, on May 2, 2022, at Peerless Inn, Esplanade, Kolkata. And according to various reports, Arun had sent an invitation to Ex Indian Cricketer and Ex India Team coach, Ravi Shashti, other CAB (Cricket Association of Bengal) officials and many more. Furthermore, due to Bulbul and Arun's warm relationship with BCCI president, Sourav Ganguly, he is also reportedly invited to be present at their wedding party. Check out the invitation card: 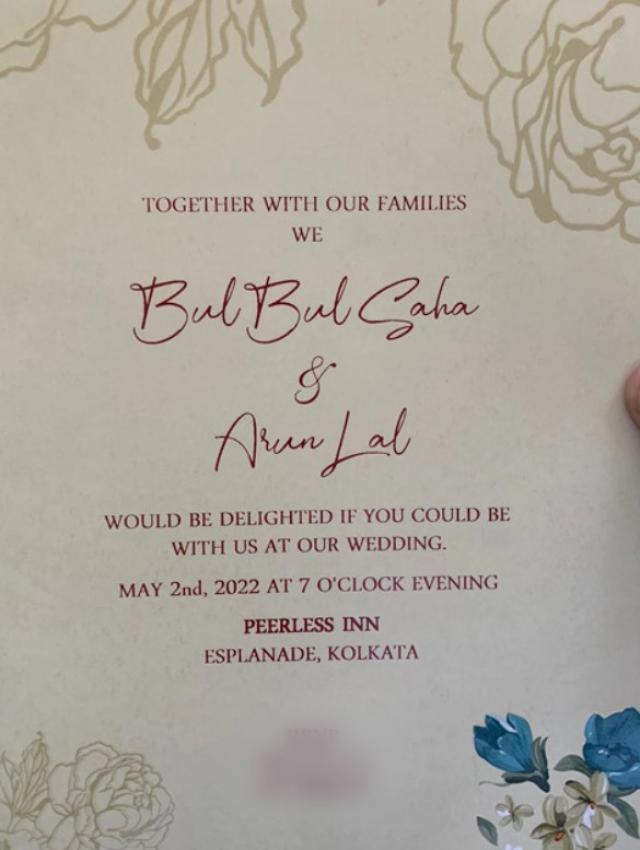 For the unversed, Arun Lal was earlier married to his ex-wife, Reena and the duo had parted ways mutually. In the conversation with Bollywoodshaadis, Bulbul was asked about her relationship with her to-be-husband, Arun Lal's ex-wife, Reena. To which, Bulbul had mentioned that she and Reena share a warm bond and had added:

"Well, I knew her(Reena), and I told you that there were friends of friends, of course she is very ill. However, I share a very amicable relationship with her. She loves to eat, and on her birthdays and other special occasions, I make sure that I prepare some Bengali dishes and take them to her. And we share a very good relationship, yeah she is very old, and she is ill. She does understand some things, and she doesn't understand many things. However, that's not a big deal for me." Well, congratulations to Arun and Bulbul for their registered marriage! 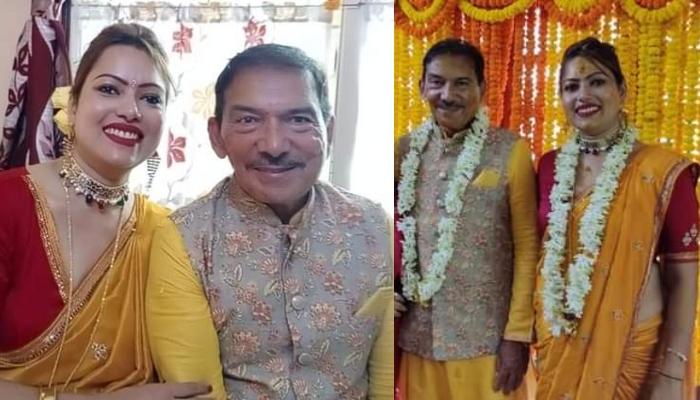 Former Indian cricketer, Arun Lal will tie the knot for the second time with the love of his life, Bulbul Saha. Ever since their wedding news has come out, there has been a lot of curiosity amongst the netizens. So who is Bulbul Saha, with whom Arun at the age of