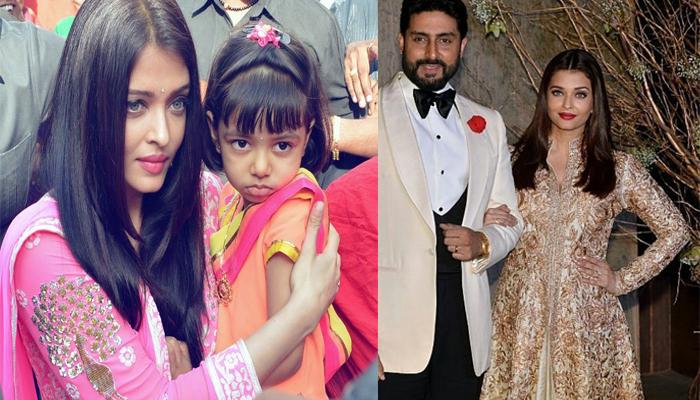 She won the Miss World pageant in 1994, was the first Indian actress to be a part of the jury of the Cannes film festival, has been the brand ambassador for Longines (an international watch brand) since 1999, was the first star from Bollywood to appear in the Rolling Stones magazine, has been voted as the most attractive woman in countless surveys, and the list goes on and on. Do you need any more clues to guess this diva’s name? Yes, we are talking about none other than Aishwarya Rai Bachchan! 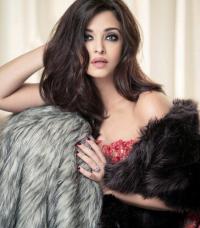 Her accomplishments in the field of fashion, cinema, social work, and promoting Bollywood at an International level has been tremendous. Not only this, but the way she always handled her professional commitments along with her family commitments is also worth an applaud. She made a comeback into films after a hiatus of five years with Sanjay Gupta's Jazbaa. Here is a special treat for all her fans from our side. Take a deeper insight into her life, and the lessons we all can learn from her.

When Aishwarya entered Bollywood, she faced quite a lot of criticism, and her films flopped one after the other. But this strong-minded beauty did not lose hope. The year 1999 brought to her life, her biggest commercial movie acclaim, Hum Dil De Chuke Sanam. She won a Filmfare for 'Best Actress' that year. Even with all the successes and many more failures that followed her from thereon, Aishwarya never allowed either to reach her head.

As she said in a Filmfare interview:

“I'm not the type who'll yell about my achievements from the rooftops.”

Not only did she face failures in her professional life, but she was also criticised for her fashion sense. In addition, she was aggressively targeted for her love life. However, Aishwarya simply quoted:

“I am following the Buddhist principle: Smile as abuse is hurled your way and this too shall pass.”

Also Read:  21 Bollywood Celebrities And Their Super-Adorable Kids Who Are Stars Already

Since the very beginning, Aishwarya remained very quiet when it came to her personal life. Be it her 'abusive relationship' with Salman Khan, or the one with Vivek Oberoi. In her own words she said:

“I always believed that my silence on several topics will be an advantage in the long run.”

Suggested Read:  8 Famous Bollywood Couples Who Got Married In The Romantic Winter Season

#3. Taking on risks and challenging boundaries

Aishwarya has always been known for trying different things in life. Not only in Bollywood, but she has also made her presence felt in the other Indian film industries, like Tamil, Telugu and Bengali. This diva has made a mark in Hollywood too by being a permanent face at the Cannes Film Festival and signing on various Hollywood projects.

Aishwarya did a lot of different and challenging roles in her movies, and her performance just got better every time. Here is what she said:

"I have never pursued ordinary roles. From the start, I have searched for challenges as an actress. That remains unchanged."

#4. Being a hands-on mother

When Aishwarya turned 33, she thought it to be a suitable time to settle down in life. Aishwarya got married to actor Abhishek Bachchan on April 20, 2007. Read More. And 4 years later, on November 16, 2011, she gave birth to a beautiful baby girl, Aaradhya. The doting mother immediately left all her professional commitments as soon as she conceived. She carried on her responsibilities as the perfect wife and mother and gave all her time and attention to her newborn.

Here is what she said after attaining motherhood:

"I want to be with my daughter all the time. That is the choice I have made. It is my personal choice and I love being with her. She is my angel."

Also Check:  10 Stunningly Stylish 'Maa-Beti' Jodis Of Bollywood That Prove Fashion Is In Their Genes

#5. Balancing work life and personal one

Later, she took on her work responsibilities again. Not only this, even in her other roles, Aishwarya continues to be the epitome of the traditional Indian daughter-in-law, and a loving and supporting wife. This is evident from her public appearances, as she always takes her daughter along even at work.

On this, she said:

“Even prior to marriage and motherhood, it's always been about prioritising and focusing on what you can commit to. That's been my approach to every aspect of my life, be it my relationships or my professional commitments.”

There are a lot of things about Aishwarya Rai that many women find inspiring. Aishwarya has maintained a dignified status as a daughter, daughter-in-law, wife, mother and above all- a woman. It would not be wrong even if we call her a super-woman. On her birthday today, we wish Aishwarya only the best for her future!

Next Read: This Little 'Nok-Jhok' Between Sania And Shoaib Over A Bike Ride Is Every Husband And Wife