The wedding season is almost there and to start with the season, we have the most lavish wedding lined up of a cricketer and tinsel town actress. Last year, Yuvraj Singh got married to the love of his life Hazel Keech and gave an amazing kick start to the wedding season of 2016.

Recommended Read: Shikhar Dhawan Shares A Heart-Warming Message For His Wife On Completing 5 Years Of Togetherness

Jacqueline Accidentally Confirms Anushka And Virat's Wedding In Italy, But She Isn't Invited

Newlyweds, Sagarika And Zaheer's Honeymoon Pictures Are A Pure Bliss To The Eyes

Now, former Indian pacer Zaheer Khan and Chak De! India actress Sagarika Ghatge’s wedding will start the wedding season for the year. The couple got engaged on May 23, 2017 and is all set to tie the knot on November 27, 2017. In an interview with the leading media portal, Zaheer and Sagarika got candid about their love story, their relationship and their wedding. Now that the marriage is around the corner, Zaheer talked about the excitement level at their homes. He said:

"It's upbeat for me, stressful for Sagarika (smiles). She is the worrier, because she is more responsible as far as the timelines are concerned. With me, things go haywire." On their marriage being inter-religious, if they ever faced any issues because of that?

"We didn't face any such issues. Both our families are evolved enough to understand that it's about marrying the right person over marrying into the same religion. It's important to be a good human being."

"My parents are also openminded and their primary concern was that I marry the right person. I am sure they may have had their apprehensions, but after meeting him, it cleared a lot of things for them. He is perfect."

Also Read: What Akshay Did For Twinkle When She Was Busy, Is Every Wife's Dream Come True Whether it will be a nikaah or Hindu shaadi?

"We are going to stay away from both. It will be a court marriage on November 27 in Mumbai. There will be a pre and post wedding functions. I am planning to have something in Pune as well, so the ceremony will go on for a few days. We want this to be a get-together for close friends and family."

"We are also planning to have something in my hometown Kolhapur, sometime later." 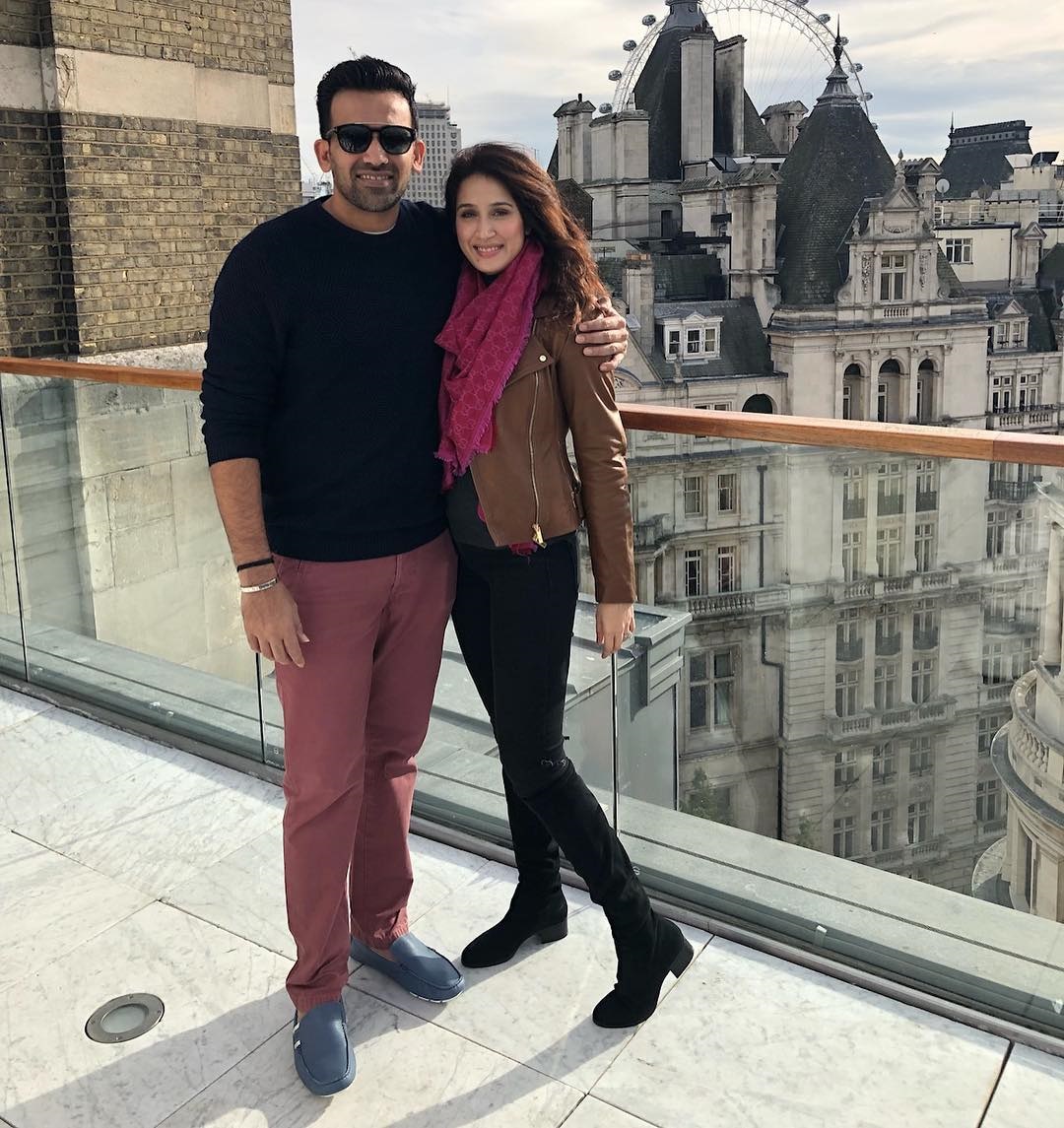 On what were the first impressions of the two about each other?

“Zaheer is a good host and is extremely well-mannered. For me it matters a lot. A guy has to be chivalrous. That was my first impression of him- that he was humble. I am sure he had a different impression of me.”

“I am very relaxed and non-judgemental in my approach. I let people be. This quality of mine, where I am unfazed by things, bothers my friends a lot. Even Yuvraj pulls my leg and tells me that ticking all the boxes during the wedding prep is crazy and hectic. I guess he is envious of how calm I am."

To which Sagarika continues:

“And that’s a good quality, but not always. It gets annoying for me. I end up telling him, “You have to have a reaction! You cannot be like that.”

Also Read: Bharti And Haarsh Announce Their Wedding Date In A Never-Seen-Before Style 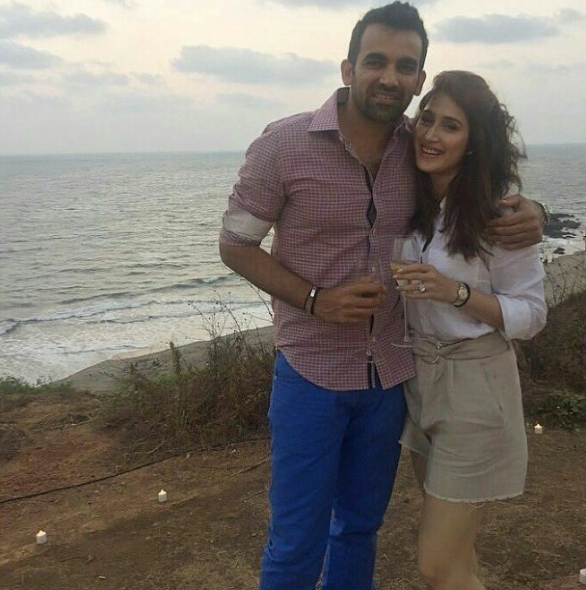 "I met him three years ago. It was weird that every time I met him, my friends would tease us for some reason. We would be cordial with each other and stick to the regular 'Hi' and 'Hello'. But there were people, like my close friend, who thought we should be together even before we thought about it."

"We both were in a different phase of our lives back then. We got to know each other through common friends. We don't know exactly when it started, but we eased into it." About, who made the first move?

"One person had to take the lead, and it was me (smiles). Things started to get serious when I actually told her about it. Before that we would always meet as part of a group. We would enjoy each other's company, but I wasn't sure if she liked me or not. So I just told her, "I would like to take you out for dinner, but it should be just you and me, not with the gang." She thought I was joking about it! We always felt there was something between us, but didn't say it. We have different personalities, but are similar in a lot of ways as well. She is quite choosy about who she hangs out with and so am I. We take our time to open up to people. We both are introverted to a certain extent."

"I always knew he was a good guy. Whenever I met this common friend of ours called Ritik, I would always tell him that Zaheer seems like a good guy. He knew that I never talk about anyone like that, so there was probably something more to this. What I liked about him the most was his humility. Despite achieving so much in life, he is grounded. That is one quality in him that I truly I admire. Sometimes I fly, but he is grounded."

Also Read: While Everyone Is Trolling Hina Khan, Her Alleged Boyfriend Rocky Jaiswal Defends Her About how their family agreed to their relationship?

"Everyone in the family has always been a sports fan, not just cricket. They love him also because he speaks in Marathi. Even I don't always talk to my mom in Marathi but he does and that worked."

"When I shared the news with my parents, the first thing they did was get a CD of Chak De! India and watch it. That mutual admiration is there from both families." We wish this amazing couple an eternity of togetherness and we are waiting to see their lavish wedding pictures. Stay tuned with us for updates on their wedding and much more!

NEXT READ: 'Maasi' Karisma Reveals How Taimur's First Birthday Celebration Is Going To Be Like 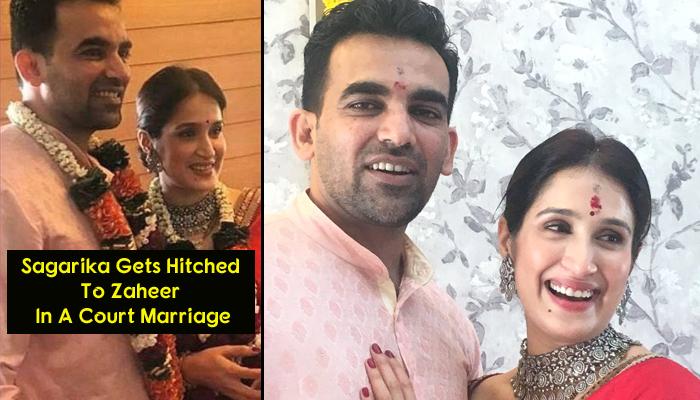 Bollywood and cricket have a mutual love affair. And to start off the wedding season for the year 2017, the lovely couple of a dashing cricketer and a B-town actress are tied in the nuptial knot. Recommended Read: While His 'Dulhaniya' Is Busy Getting Her Mehendi Done, 'Dulha' Naman Is Enjoying Golgappas Another