She is gorgeous, she is beautiful and she is strong inside out. And after her stint in the famous reality show Bigg Boss season 11, she has bagged a lot more fans. We are talking about none other than, the one and only and the coolest VJ till date, Bani Judge.

Recommended Read: Pregnant With Twins Again, This Is What Mommy-To-Be Celina Jaitley And Her 'Bump' Is Craving She has been in the limelight for all the personal reasons ever since she appeared on the show and talked about having a boyfriend. Well, it all started with Bani and Nitibha’s conversation in the house, where she revealed a lot about her love story, but didn’t tell the name of the guy. Here’s what Bani revealed to Nitibha:

“We didn’t date for a while. So this one day, he was in the gym. He took off his T-shirt. So I told the manager of the gym that no one can take off their T-shirt when I am in the gym, and we laughed it off. He got a bit shy and said he wanted to take a picture. So I told him if you want to take a picture then take with me. That is the first time we spoke.”

“I saw the post and I thought it was a bit too much. So after that every time I saw him in the gym, I used to make fun of him. And then he started smiling. That’s the first time I noticed him smiling and he has a very cute smile.” Never ever for once Bani named her boyfriend though she revealed his initials YT. Then came another twist when Bani was feeling low in the house and was found sleeping with a tee, which belonged to Yuvraj Thakur (read more), who is an actor and has appeared in shows like Bade Ache Lagte Hain, Humse Hai Life Yaaron and Kaisi Yeh Yaariyan. Just like Bani, even Yuvraj talked about his relationship indirectly. He did post a picture where he was seen holding a girl’s hand and confessed his love, but that was a half picture and only her hands were visible. (Check out here) And now, for the first time ever, Yuvraj shared a complete picture with Bani along with the most heart-warming caption. It seems that the couple has left behind all their hesitations and are open about their relationship now. Here’s the picture we are talking about: 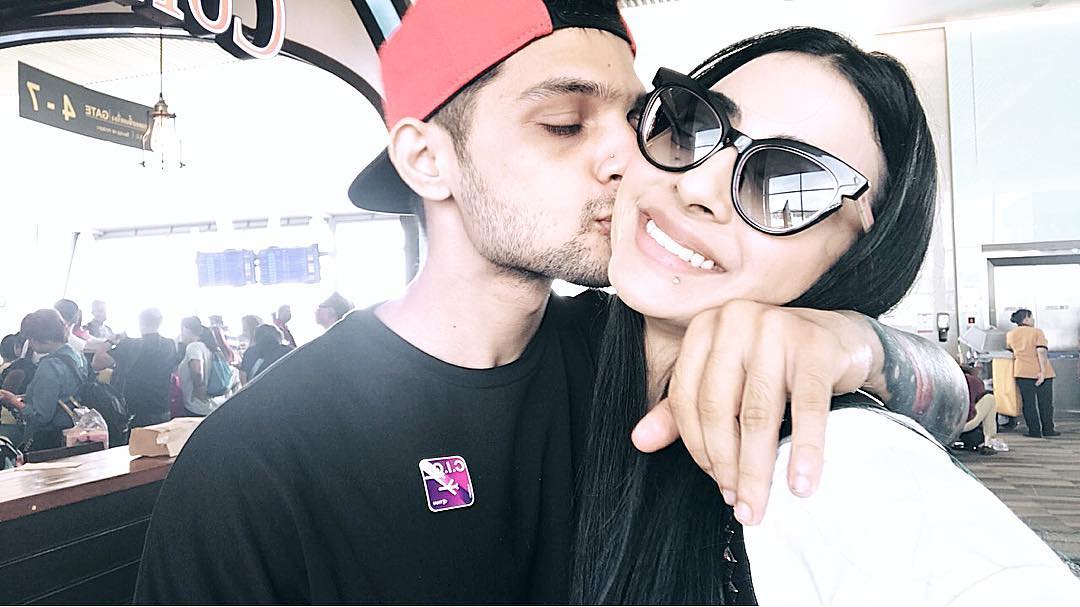 He surely has poured his heart out here!

Hold on guys, a few hours after this post, he shared another picture of the two enjoying a bike ride together. Here is this one:

The caption along with this could be read as :

“How beautiful it is to just keep going. Keep moving to somewhere we don't know about, we won't ever know about because we don't wanna know, we just wanna be where we are, this is the place where everything is changing, roads, turns, terrains, skyscrapers, grounds, mountains, what might be ahead of us and what's left behind, except one thing that remains a little longer than any other form around and that's you with me, me with you, we with each other, keep sitting with me till you can, keep holding me tight, I am fading by each passing moment. I knew that I'll fade, I knew that everything will change, I also knew that if I change, if I fade, I would like to fade upon you, I would like to have you as my background, I would like to be noticed under your sky like presence. I would fade into you, to be you. .

Recommended Read: This Famous 'Pavitra Rishta' Actress Is Having An Arranged Marriage In November

While Yuvraj is not shying away posting mushy pictures with romantic captions, fans are wondering when Bani will reciprocate the love on social media. Till then, all you guys stay tuned with us for more updates!